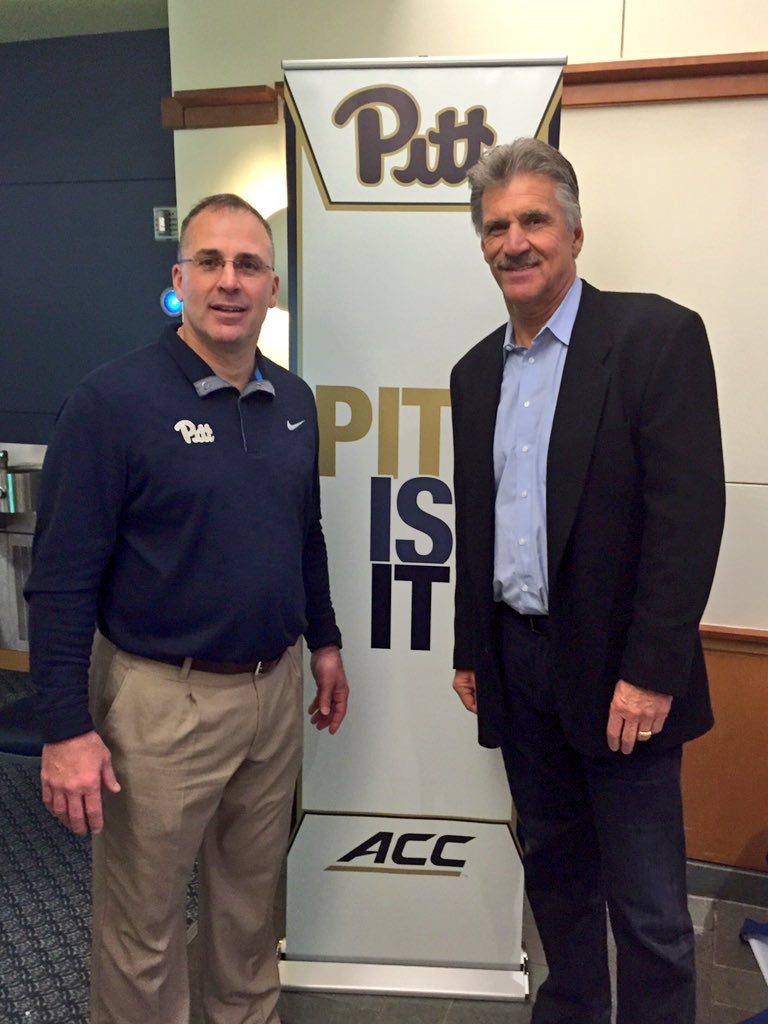 For the first time in 11 years and for the 105th time overall, Pitt and West Virginia will square off in the Backyard Brawl. Due to the long time since the teams have played each other, this will be the first Backyard Brawl for Pitt’s Pat Narduzzi and West Virginia’s Neal Brown. Thankfully for everyone involved in this game we won’t have to wait 11 more years for the next game as the two sides are scheduled to play in eight of the next 11 years (2022-25 and 2029-32).

Narduzzi and his coaching staff have no doubt done their best to educate the 2022 Panthers on the history and real meaning of the Backyard Brawl but someone that’s lived and breathed this game was needed to ramp things up.

Today at his weekly press conference, Narduzzi announced his pick for this week’s honorary captain and there’s little doubt, this pick will have the Pitt locker room amped up prior to kickoff.

“Our honorary captain, I couldn’t be more excited, Dave Wannstedt,” Narduzzi said. “He’s coming back at Acrisure Stadium and I’m excited to have him here. One of my real idols. I’m not talking about because I’m the Pitt head coach, but he’s a guy that I’ve always, always looked up to. We played him at (the University of Cincinnati). (When) he was with the Dallas Cowboys, (I was) watching 3-4 stuff. To have him here, experience who Dave Wannstedt is. Former player, former great coach, Super Bowl with the Cowboys. He’s done everything. Now with FOX. You got the ultimate captain for this football game.

“You know what, it means the world really. He’s a Pitt man. He’s a busy man as well as a Pitt man. For him to take time out of his schedule, we’re excited. It means everything really. … It’s hard to get some guys back like him. We’re excited to get him back.”

Very few men, if any, have the history of this Pitt/West Virginia rivalry like Wannstedt. Having played in it for four years, then serving as an assistant for four years and finally as the Panthers head coach, including the famous 13-9 improbable Pitt win, Wannstedt told PSN that he was thrilled to get the call from Narduzzi and can’t wait until Thursday.

Before talking about his emotions of coming home, Wannstedt wanted to express his feelings on the current state of the Pitt football program.

“I was honored that he would ask me,” said Wannstedt. “I just have so much respect for the job that he has done. I know that Pitt is a great job but it’s not an easy job and he has founds ways to get it done and take it to another level. Plus, Pat is doing it in all areas. His players are graduating, they’re getting in the NFL, they’re winning games and they’re doing it the right way. I’m a big fan of his, I’m very supportive. I think Heather (Lyke) has been fantastic with the way she’s supported the football program. She has gotten the chancellor on board and when you have that combination of everyone working together, that’s a winning formula. I couldn’t be happier for Pitt and all parties involved.”

When giving a pre-game speech, some people have to work and prepare something to say but it’s safe to say that Wannstedt won’t need a lot of time to prepare and won’t have to be reading off of any index cards.

“No, I’ll spend some time with the program and will get up there early enough on Thursday and be around the guys a little bit,” said Wannstedt. “Hopefully, I’ll be able to go through some walk thru’s and some team meetings. I want to get a little feel for the guys and spend some time around them. I’ll come up with something to say. Really, these guys were so young when these teams last played. I’m not here to beat on and overkill the history of this game. They’ve ready and heard about it. I’ll get them some thoughts on what this game means to the fans, to the alumni, the people in Oakland and the city of Pittsburgh. It’s funny, they can go out and beat Clemson and that would be a huge win but the guys at the local bar on the South Side, in Shady Side and in Oakland, they love talking about beating West Virginia. I’m looking forward to it. I’ll spend some time with Pat, and I’ll come up with something.”

The other interesting aspect to Wannstedt returning is that he tells me this will be the first time that he will be on Pitt’s campus and around the Pitt program since his departure as head coach in 2010. To this day, Wanny is beloved figure in Pittsburgh, and he doesn’t attempt to hide his love for Pitt.

“Being around the program, that’s what is going to be special for me. I’ll probably take a little stroll through campus, although the Dirty O is closed so I’ll probably get lost and confused,” said Wannstedt. “The Dirty O that was our landmark for a lot of years. Thursday is going to be really exciting; I really like Pitt’s team. Should be some atmosphere. First, because you’re playing West Virginia. Second, you’re playing a good Power Five team in the opener. Three, it’s the first game of the season. There haven’t been any preseason games or dress rehearsals like they have in the NFL.”

“First games from a coaching standpoint, I don’t care who you’re playing, they make you nervous. It’s going to be a sellout, under the lights and everything that goes with an opener. It’s exciting from a fan’s standpoint but trust me from a head coaches’ standpoint, I don’t even want to think about it because there’s a lot going thru your mind.”

The Backyard Brawl Forces Pitt to Start Fast, and Pat Narduzzi Likes That