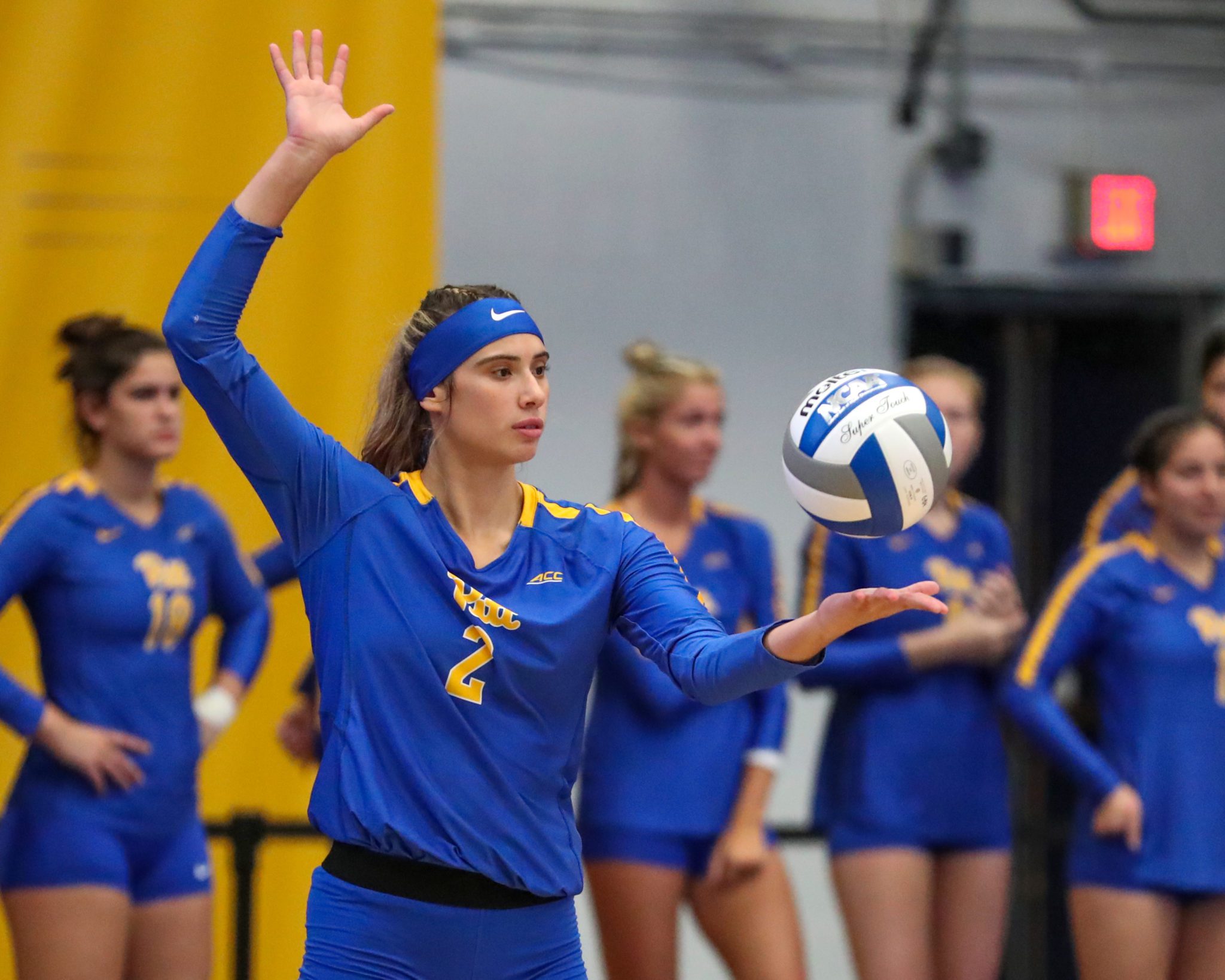 No. 10 Pitt defeated No. 7 BYU, 3-1, in an incredible, top 10 matchup Saturday night in the BYU Nike Invitational at Smith Fieldhouse in Provo, Utah.

The Panthers (5-1) win their fifth game in a row, which includes wins over Cincinnati and Utah State on Friday. This win makes it the second straight season with a win over the Cougars (5-1) for the Panthers and also their first win over a top ten ranked team since No. 9 Baylor last September.

Pitt managed to break away from BYU early in the first set after trading points over the first 10 serves. They went on an 8-2 run and kept BYU from making a comeback, taking the first set 25-19.

The Panthers and Cougars battled hard in the second set, going back-and-forth throughout. With the match tied at 22, one team needed to make a move to take the set. The Panthers did just that, with graduate right side hitter Courtney Buzzerio making two kills and sophomore Julianna Dalton getting one kill to finish off the second set, 25-22.

The Panthers took the fourth set quite comfortably, breaking out to a 11-6 lead after being level with the Cougars at 5 points each. The Cougars tried to salvage the set, but the Panthers only allowed them to come within three and then took the set, 25-21 and the match as well.

Sophomore outside hitter Rachel Fairbanks played another fantastic game for Pitt. She led her team with 30 digs and finished second with 16 digs, making it her fifth game of the season with a double-double.

Redshirt junior hitter Valeria Vasquez Gomez also was impressive for Pitt. She tied her career-high of 16 kills to lead the team and also finished first with a .400 hitting percentage and a .457 kill percentage.

Pitt returns to home to the Fitzgerald Field House next weekend, starting with American at 1 p.m. on Friday, Sept. 9.