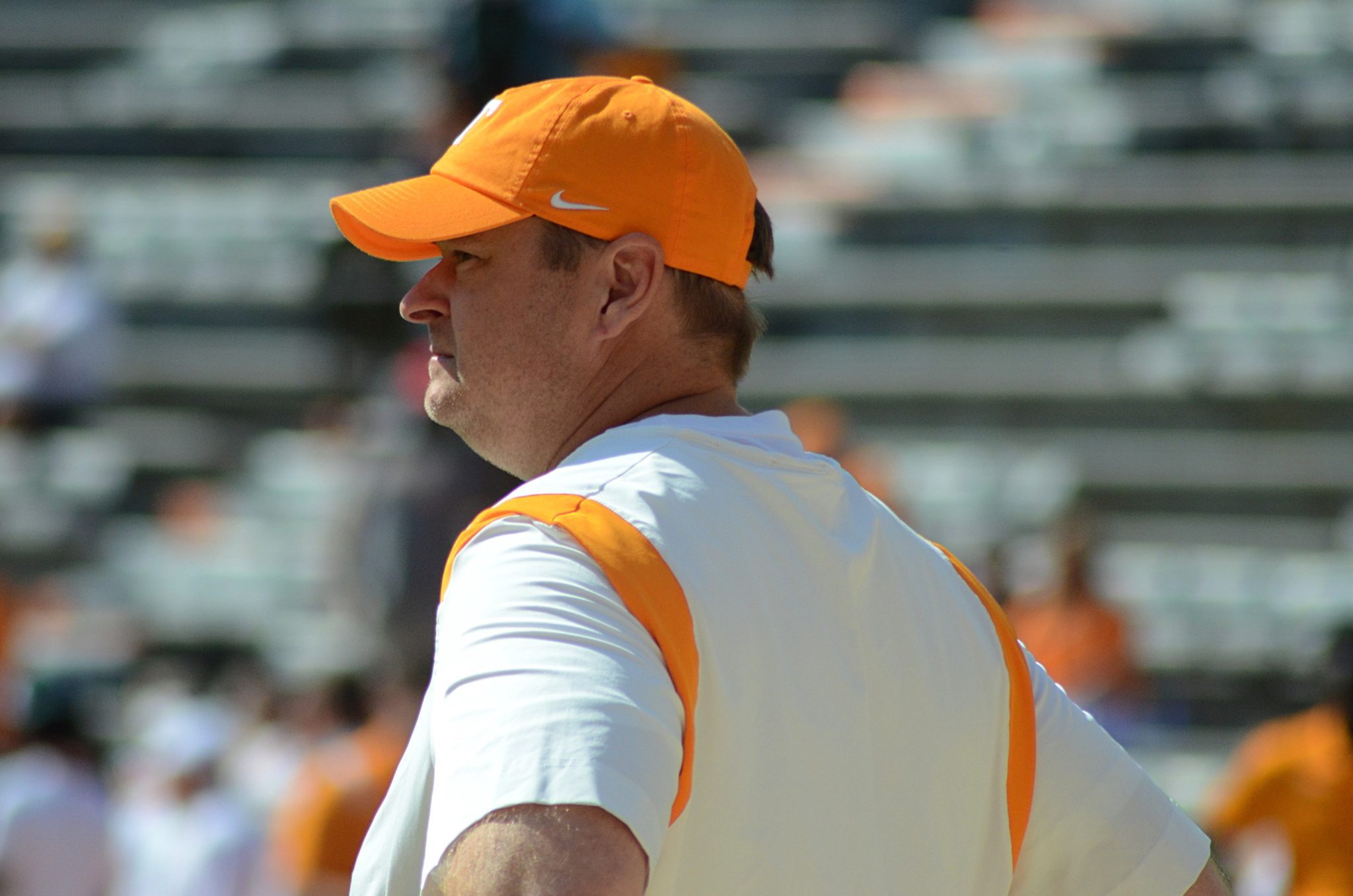 No. 17 Pitt hosts No. 24 Tennessee this Saturday, at 3:30 P.M. The two teams will play in front of a packed crowd at Acrisure Stadium and it is the first Top 25 non-conference game in the history of the venue, since Pitt started playing there in 2001.

Volunteers head coach Josh Heupel is aware of his surroundings against the Panthers as it is his fourth season in the last five that he faces off against them.

As head coach of UCF, he demolished Pitt at home, 45-14, in his first game. The second matchup at Heinz Field in 2019 looked to end in another victory for the Knights, as they rallied back from 21-0 to take a 31-21 lead in the third quarter.  The Panthers managed to hold the Knights offensively for just a field goal, and scored two touchdowns, the last being the game winning ‘Pitt Special’ touchdown with under a minute remaining, as they got the victory, 35-34. The win also ended UCF’s 25 game winning streak in the regular season as well.

Heupel signed up as head coach at Tennessee starting in the 2021 season. He faced off against Pitt at home in the first edition of the Johnny Majors Classic, honoring the former coach of both schools who died in 2020. Tennessee took an early 10-0 lead and should’ve been up more if not for quarterback Joe Milton III overthrowing open wide receivers that were in for touchdowns.

The Panthers took advantage of those missed opportunities by scoring 27 points in the second quarter, for a 27-20 lead at halftime. Big defensive stops and two more touchdowns solidified the win for the Panthers on the road, 41-34.

Heupel spoke at a press conference on Monday, highlighting what he expects to see out of Pitt in the game on Saturday and what the game means for him and his team.

“This is a big game for us, obviously,” Heupel said. “First road test for us against a really good football team. Awesome opportunity, too, to recognize Coach Majors and what he did for both programs, but in particular what he did here at Tennessee. His years here as a player, as a coach, the impact that he’s had, the legacy that he’s left for our program. It’s something that we still see and feel today. So a great opportunity there…They’re tough, physical on both sides of the line of scrimmage. And do a really nice job. Will be a big test for us.”

Heupel noticed that Pitt offensively is different than what he and his teams faced in previous seasons. Much of that his attributed to former quarterback Kenny Pickett, as he noticed Pitt play more in a spread, they pitched the ball around more and that the tempo of the game will be different on Saturday.

“The structure of what they do offensively is a little bit different, Heupel said. “They played with an extra [offensive] tackle at times last week. Some 12 personnel as well. You know, running the football and their play-action shots come off of that…Defensively, what we’re going to see from them will be a little bit different. Got to do a great job of being physical, with your front seven in particular, but really your entire defensive unit. You gotta maintain gap integrity. Got to have your eyes on the right place too because play-action is gonna come off a bit and you can’t give them any chunk plays.”

Heupel and the Volunteers faced off against the Panthers last season and can use that loss to do things that work to their advantage in this season’s matchup.

“Last year’s ball game, yeah we can take away things,” Heupel said. “One, personnel. Some of the guys are different, but some of them are the same. You have a better understanding of who they are against some of our personnel. The other thing is just understanding the type of game that is going to be played. They are smart, tough and competitive. The little things are going to add up to the big things that show up on the scoreboard. We have to do a great job of taking care of the football. We have to find a way to create turnovers. Special teams will be a huge part of the football game. Field position is as well. Maximizing our opportunities.”

He also showed great praise towards Pitt’s defense, saying that their experience makes them so difficult to play against.

“This is a veteran group that plays extremely hard,” Heupel said. “They’re physically mature. They play with great technique. The structure of their defense, I don’t care what personnel group, what formation you’re playing in, they’re going to load it up and play with extra bodies in there. So they make it difficult to run the football. You guys know for us, offensively it starts with our ability to run the football. So that will be pivotal part of the football game.”

The Panthers made some mistakes defensively with regards to allowing big running plays in the Backyard Brawl last week. Against the Mountaineers, the Panthers allowed 34 rushes for 190 yards, making it the most allowed rushing yards for the team since 2019 against Boston College, where they allowed 264 rushing yards in a season ending loss.

Heupel says that in spite of those big rushes, the front four of the Panthers are a tough bunch and that they have the experience and talent to beat you in many ways on offense.

“They gave up a couple big runs, just mis-fit a couple of things,” Heupel said. “But overall, they make it extremely difficult. Their front four are strong, physical, athletic. Their ability to get to the quarterback on normal downs, then on third downs too where they’ll try to scheme you up. They’re veteran on the outside. We’ve seen these guys a couple of the last times we’ve played them. It will be a big test for us offensively.”

Pitt junior quarterback Kedon Slovis made his first start for the program in the win over WVU, as he completed 16 of 24 passes and threw for over 300 yards. Throughout the game, Slovis struggled to connect with his receivers and suffered five sacks. Still, he managed to lead a seven play, 92 yard drive, culminating in a touchdown pass to junior running back Israel Abanikanada, in the fourth quarter to tie the game late, taking the momentum from WVU and giving it back to his team.

The juke. The speed. The balance.

The play before THE play.

Heupel said that it isn’t easy to judge Slovis on just one start, but that he played well in his first start. He also said that stopping Pitt’s offense requires adjustment throughout the game and that he and his staff need to communicate that to the players.

“I think as much as anything, they have the ability to be different than what they’ve shown on tape,” Heupel said. “That can be in Week 1, or could be what they’ve done at a previous stop. I thought he played pretty efficient throughout the course of the evening. For us, we’ve got to be able to adjust during the course of the ballgame to what we see, communicate on the sidelines, communicate those things out on the football field when we see them. We’ve got to be disciplined and do a great job in the run game. We’ve got to smash it.”