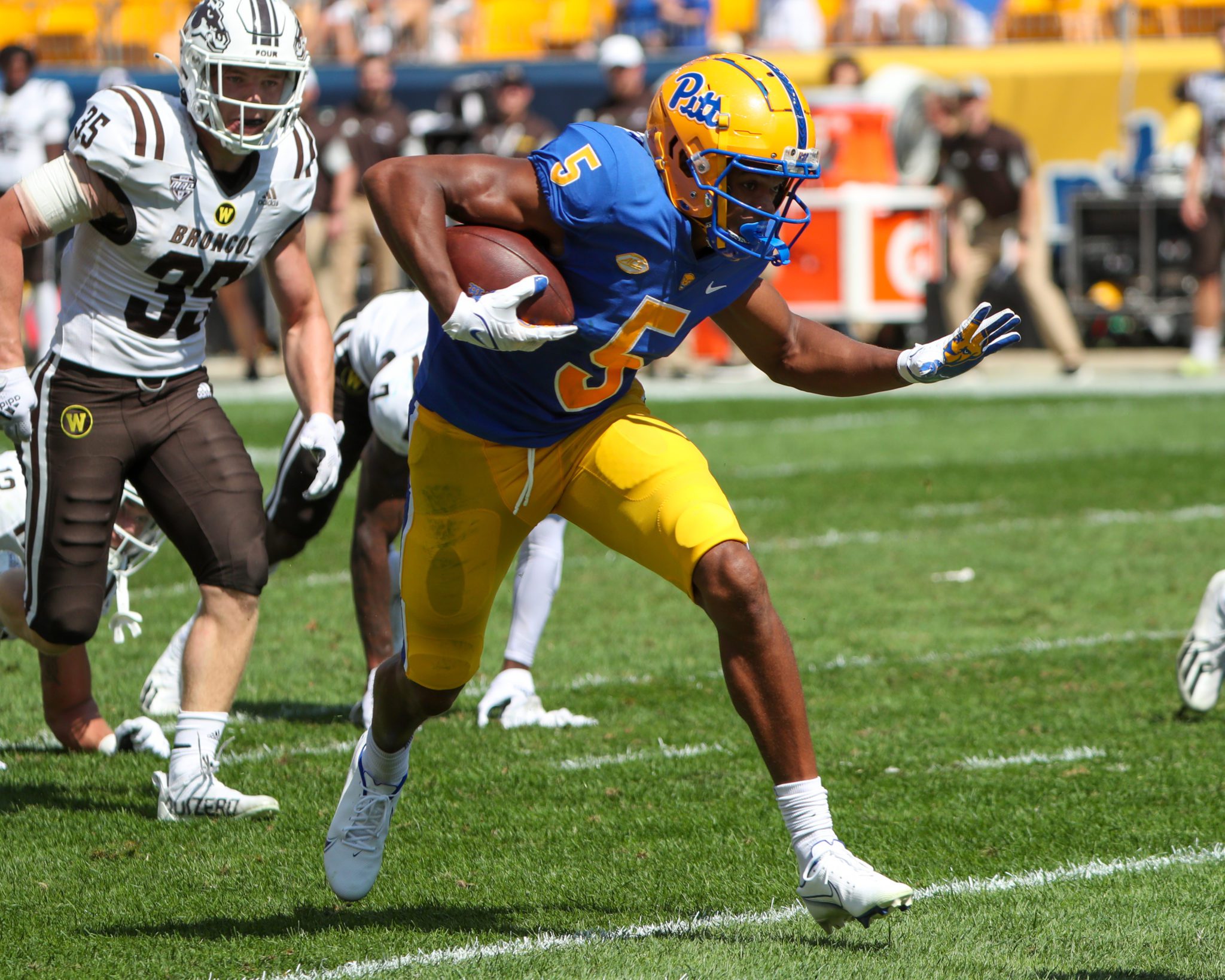 Team depth was one of the biggest strengths of this Pitt football team coming into the 2022 season and that’s a good thing, because it’s been tested.

When you combine these players with the ones already missing time with injuries, Pat Narduzzi is being forced to put a lot of players on his roster. The positive out of this situation is that players are getting crucial reps in big games.

Since Pitt doesn’t disclose injuries, it’s impossible to really know how long each player will be out. However, with the next opponent being Rhode Island, this should give Pitt the chance to rest a number of these players prior to the start of ACC action on October 1 against Georgia Tech.

Here is the list of Pitt players that are injured, and availability is in doubt for this weekend’s game against Rhode Island.

Quarterback Kedon Slovis- His timeline to return is when Narduzzi feels 100% comfortable with him taking hits. Following the game, Narduzzi said Slovis was medically cleared to play but it was his decision to sit him.

Quarterback Nick Patti- His ankle injury appears to be a bit more long-term. I wouldn’t anticipate Patti on the field anytime soon.

Wide Receiver Jared Wayne- Pitt’s top receiver didn’t return after taking a big hit along the sidelines. It would appear that he has an upper body injury. If it was a head injury, Pitt will no doubt be cautious before allowing him to return to the field. Because of the opponent, I wouldn’t be surprised if Wayne sat this weekend even if he’s medically cleared.

Running Back Rodney Hammond- Hasn’t played since getting injured in the opener versus West Virginia.  Because of the depth in Pitt’s backfield, and because of how tricky high ankle sprains can be, Pitt will be cautious with Hammond.

Center Owen Drexel- I’m no doctor, but Drexel’s lower body injury didn’t appear to be short term as he was helped off the field at Acrisure Stadium.

Defensive Ends Nate Temple and Habbukkuk Baldonado- No intel or sense of how injured these two players are. Baldonado would obviously be a huge loss to Pitt’s defensive line.

Defensive End Deslin Alexandre- Left in the first half of the West Virginia game and did not return. Although he didn’t play, the fact that he dressed for the Tennessee game gives you hope that he could return sooner rather than later.

Defensive Tackle Devin Danielson- Left the Tennessee game with a lower body injury and did not travel with the team to Kalamazoo.  No idea if Narduzzi was being cautious with Danielson or if this is a long term injury.

Cornerback Marques Williams- Left the game shortly after his interception for a touchdown.  Television shots of Williams on the sideline gave the indication  that it was either a foot or ankle injury.

Defensive End Dayon Hayes- No indication on why Hayes did not travel with the team to Michigan.

Narduzzi: Kedon Slovis Cleared, Didn’t Want to Have to Use Him

Can rest everyone against two more cupcakes URI and GA Tech

You contradicted yourself by saying we will see how Pitt does against ACC teams in another post. You wanted to circle back as the former Press secretary for our Kakistocracy used to say often.