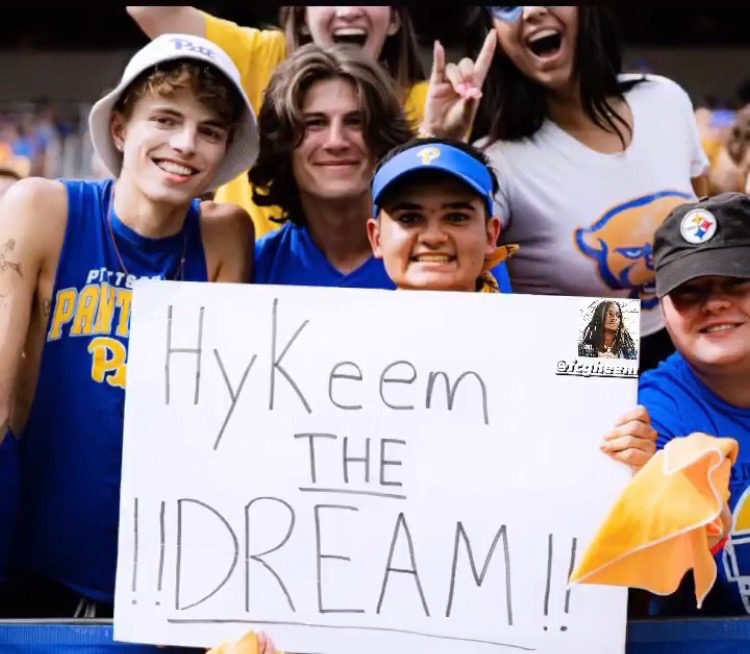 Pitt offered Hykeem Williams over a year and a half ago, extending an official offer from Charlie Partridge and crew way back on Jan. 8, 2021, and it’s only heated up since Tiquan Underwood arrived.

Underwood built a strong connection with Williams, a 6-foot-4, 205-pound wide receiver from Stranahan High School in Fort Lauderdale, Florida, while he was still with Rutgers. But that bond carried over to Pitt and really heated up over the summer.

With a recruit the caliber of Williams’ level, a five-star recruit according to 247Sports and Rivals, Pitt let him know he’d be the face of the program.

“They just told me that Pitt needs me and that I would be a major factor on their team and that I would fit right in,” Williams told PSN earlier this month. “They let me know that they really want me to be a part of the Pitt family.”

Williams first made it out to Pittsburgh back in March, checking out one of Pitt’s spring practices at the UPMC Rooney Sports Complex, and he made it back out again for one of his official visits — and Pitt laid out the red carpet to try to bring Hykeem to Pitt.

Underwood and Partridge especially have built a strong bond with Pitt, and he’s publicly spoken about how Pitt’s official visit was the most fun of any of his officials, and how his top relationship with any position coach is with Underwood.

Williams made it back out to Pittsburgh for a third time two weeks ago, attending the Pitt-Tennessee game at Acrisure Stadium in order to get a better feel for the game day atmosphere in Pittsburgh — and he came away very impressed.

Williams has been to Pittsburgh three times — for a practice, for an official visit and for a game — and Underwood and Partridge have been in Fort Lauderdale to see him. It’s been a year and a half long courtship,  and it’s safe to say that Pitt has done everything in its power to land the five-star wideout.

However, it still may not be enough to land Williams in the end, and that would have nothing to do with a lack of effort and attention from the coaching staff.

Would love to see him in a Pitt uni … but man, there is some serious competition. Roll the dice, baby. H2P !

They’ve done everything right OFF the field, but I have a sinking feeling that Cignetti’s on-field product has been antithetical to attracting a 5-star WR who holds so many other offers. In a similar vein to how Addison was put off by it following the spring game. Hoping I’m wrong but I don’t really think I will be.

Addison only cared about $$$. Cignetti has always built his offenses around the teams strengths so no need to hope that you’re wrong, because you are wrong.