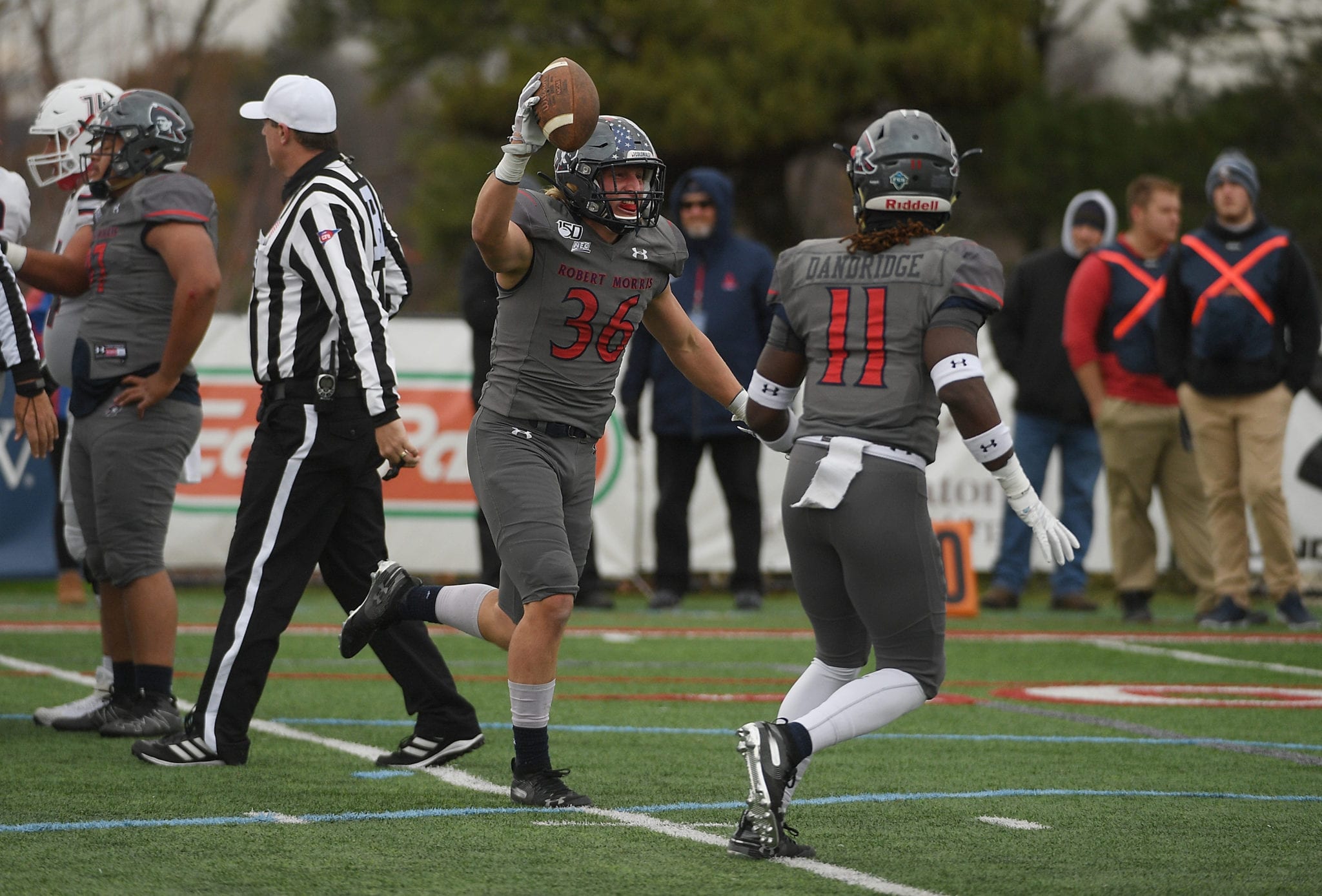 Following a bye week, the Colonials look to secure their first win of the season, however, it will come against a formidable opponent in the Buccaneers. An FCS playoff team a year ago, the Bucs go to Moon Township with a 1-2 record as they dropped their most recent game against Furman.

For the first time this season, Santa Rosa Junior College transfer Jake Simmons will get the nod as the starting quarterback for Robert Morris. Simmons has entered both games for the Colonials this season in the second half as he has tossed one touchdown and completed 17 out of 30 passing attempts. On the other hand, ETSU’s sophomore starting quarterback Tyler Riddell thus far has passed for 637 yards and six touchdowns.

One area the Colonials need to improve on against East Tennessee State is its ground game. The Colonials have been outrushed 446-70 over their first two games. Fifth-year running back Alijah Jackson has only rushed for 66 yards this season. Jackson and co. need to improve their ground attack to support Simmons who makes his first start as a Colonial.

As Indiana (Pa.) chases a 3-0 start to 2022, the Crimson Hawks return to George P. Miller Stadium for their home opener against Mercyhurst.

The top two scoring offenses in the PSAC will square off on Saturday as Mercyhurst has scored 41.7 points per game, while IUP is just a step behind, scoring 41 points per game, respectively. Expect this matchup between the Lakers and Crimson Hawks to feature plenty of offense and scoring.

Pittsburg State transfer Max Sexton has been exceptional for the Crimson Hawks to start the season. Sexton is the first IUP quarterback to toss for over 300 yards in his first two starts with the program.

Mercyhurst’s potent offense will look to get back on the winning side as the Lakers fell last week in a high-scoring affair to Kutztown, 50-31. Four different Lakers running backs rushed for at least 25 yards in the losing effort.

In search of its fourth straight PSAC West title, No. 11 Slippery Rock gets the opportunity to start off on the right track as Seton Hill travels to Mihalik-Thompson Stadium.

Slippery Rock has started its 2022 season as expected. The Rock has held all three opponents to no more than 14 points as they lead the conference in defensive yardage, holding teams to 232 yards per game.

While Slippery Rock boasts a top defense and its offense is filled with weapons, Seton Hill travels to The Rock in hopes of pulling an upset. The Griffins start the season 0-3 and sit in the bottom tier of the conference in every offensive category. Slippery Rock should have its way with Seton Hill, but the Griffins look to get in the win column.

Edinboro Seeks First Win Against Cal U Since ‘04

A tough, two-loss road trip can be thrown away for California (Pa.) as the Vulcans return home to take on Edinboro.

The early-season road trip was not favorable for the Vulcans as they dropped back-to-back one-score games. Last week Cal U had a 10-point lead in the fourth quarter before Shepherd scored twice to send the game to overtime. A Shepherd field goal sealed the deal in overtime as Cal U suffered consecutive losses for the first time since weeks one and two of the 2018 season.

Cal U welcomes a 2-1 Edinoro squad that is coming off of its own overtime contest with the Fighting Scots prevailing, 23-20. Edinboro will look to keep its momentum going and break the long streak of losing against Cal U. The Fighting Scots have not beat the Vulcans since 2004.

After two-straight wins to open the season, Gannon lost a close matchup last week against West Chester, 29-23. On the other hand, Clarion claimed its first win of the season and first win under head coach Raymond Monica.

The home team has historically had the advantage in the all-time series between the Golden Knights and the Golden Eagles. A road team has not won in this series since 2015.

The last time Waynesburg won three of its first four games came back in 2014 and on Saturday the Yellow Jackets look to get to that point against Allegheny.

Waynesburg’s offense has seen a significant improvement to start the season, scoring 40 points per game. In an area that usually sees the Yellow Jackets near the basement of the Presidents Athletic Conference, senior quarterback Tyler Raines and running back Justin Flack (Derry) have led the way for the Yellow Jackets’ offense.

Last week, Allegheny dropped its second decision of the season as its passing game failed to get anything started. Starting quarterback Jack Johnson threw two interceptions in the loss.

Two first-year head coaches are on different paths to starting their careers with their respective programs. Carnegie Mellon’s Ryan Larsen has the Tartans off to a 3-0 start, while Thiel head coach Sam Bauman looks for his first win of the season.

Larsen has the Tartans program as the No. 17 team in the D3football.com poll following a gutsy 40-33 win over Grove City. Thiel showed improvement last week compared to its first two weeks as they fell to Saint Vincent. Thiel’s starting quarterback Owen Trumbull tossed for 204 yards and a touchdown in the loss.

W&J Aims to get Back in Win Column

A late fourth-quarter touchdown last week separates Washington and Jefferson from being 3-0 to start the 2022 season. The Presidents look to get back in the winning column when they face Bethany.

The lengthy history between the Bison and Presidents will once again be on display on Saturday with the matchup dating back to 1896. W&J has won the last seven contests between the two squads.

Grove City’s high-flying offense was not enough to get past Carnegie Mellon last week as it turns to Saint Vincent in week four for its annual night game at Robert E. Thorn Field.

Despite outrushing Carnegie Mellon 209-54, the passing game came up just short in Grove City’s first loss of the year. On the flip side, Saint Vincent secured its first win of the season against the lowly Thiel Tomcats.

After an 0-3 start, Geneva searches for its first win of the season as the Golden Tornadoes welcome Case Western Reserve to Reeves Field.

Geneva is on the brink of starting a season with four consecutive losses since 2011. Case Western Reserve has shown a strong balance approach on both offense and defense through its first three games as the Spartans boast a 2-1 record.