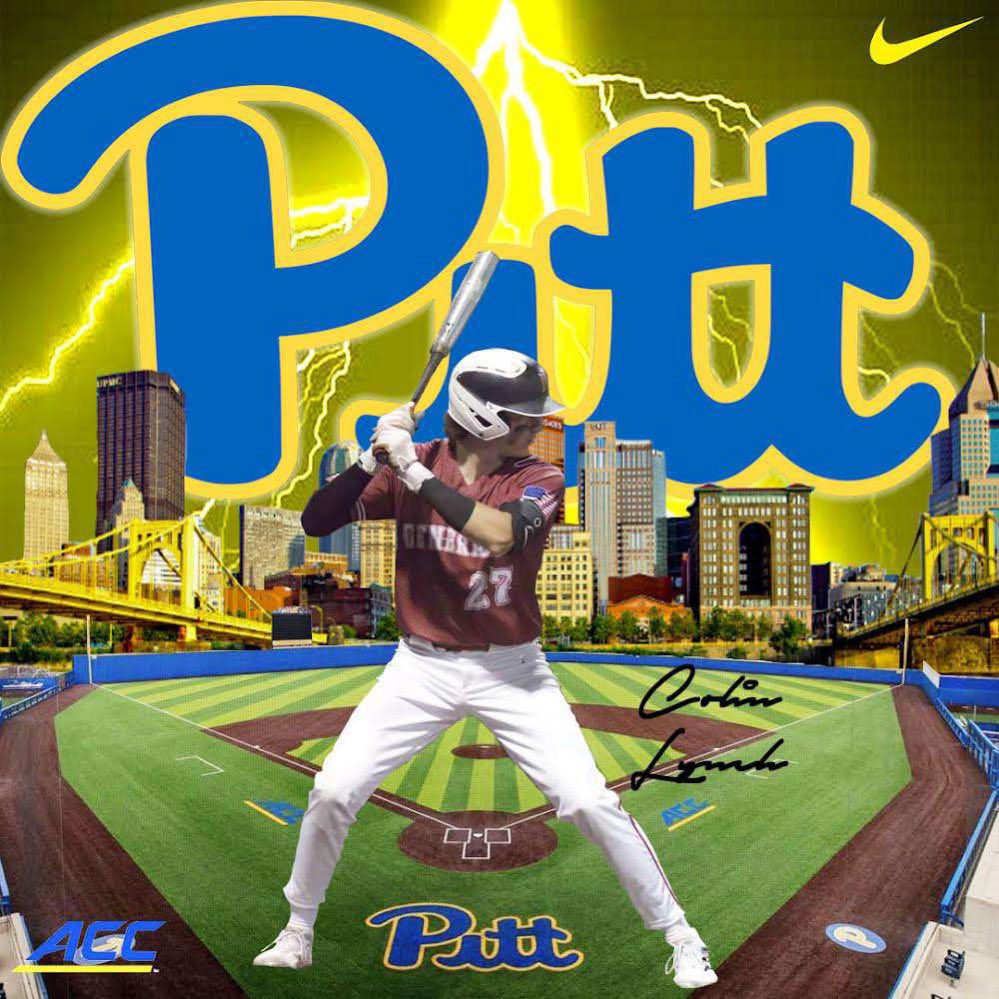 Pitt baseball earned a commitment for their class of 2025 from infielder Colin Lynch, who announced his decision to sign with the program on Monday.

Lynch plays for Central Bucks East High School in Doylestown, Pa., north of Philadelphia in Bucks County. He also played travel ball with the Bucks County Generals this past summer.

Standing at 6-foot-1 and 170 pounds, he is currently 15 years old, showing his potential to grow into an even bigger, stronger player than he is now. He primarily plays at first base but can also move to the other side and play third base as well.

Lynch’s best attribute is probably his power. Over the course of this past summer, he has shown great ability to extend his frame to hit balls that aren’t though to be potential home runs, into that.

He also has great patience and intelligence at the plate for someone his age. This manifests in great situational hitting, which sees Lynch opt for a single instead of a home run blast if the team needs it.

‘25 1B Colin Lynch (@cbebaseball, @ColinLynch_) brought maturity to the plate. Has a powerful swing, but situationally shortens up for RBI knock over the hot corner. Not sure where the ceiling ends, 6-1, 170lbs. #PBRFG22 x @PBR_Uncommitted x @buckscobaseball pic.twitter.com/xymaoBxFt8

Lynch still has three more years of high school ball left to play, allowing him time to grow with the game and refine his mechanics along the way.