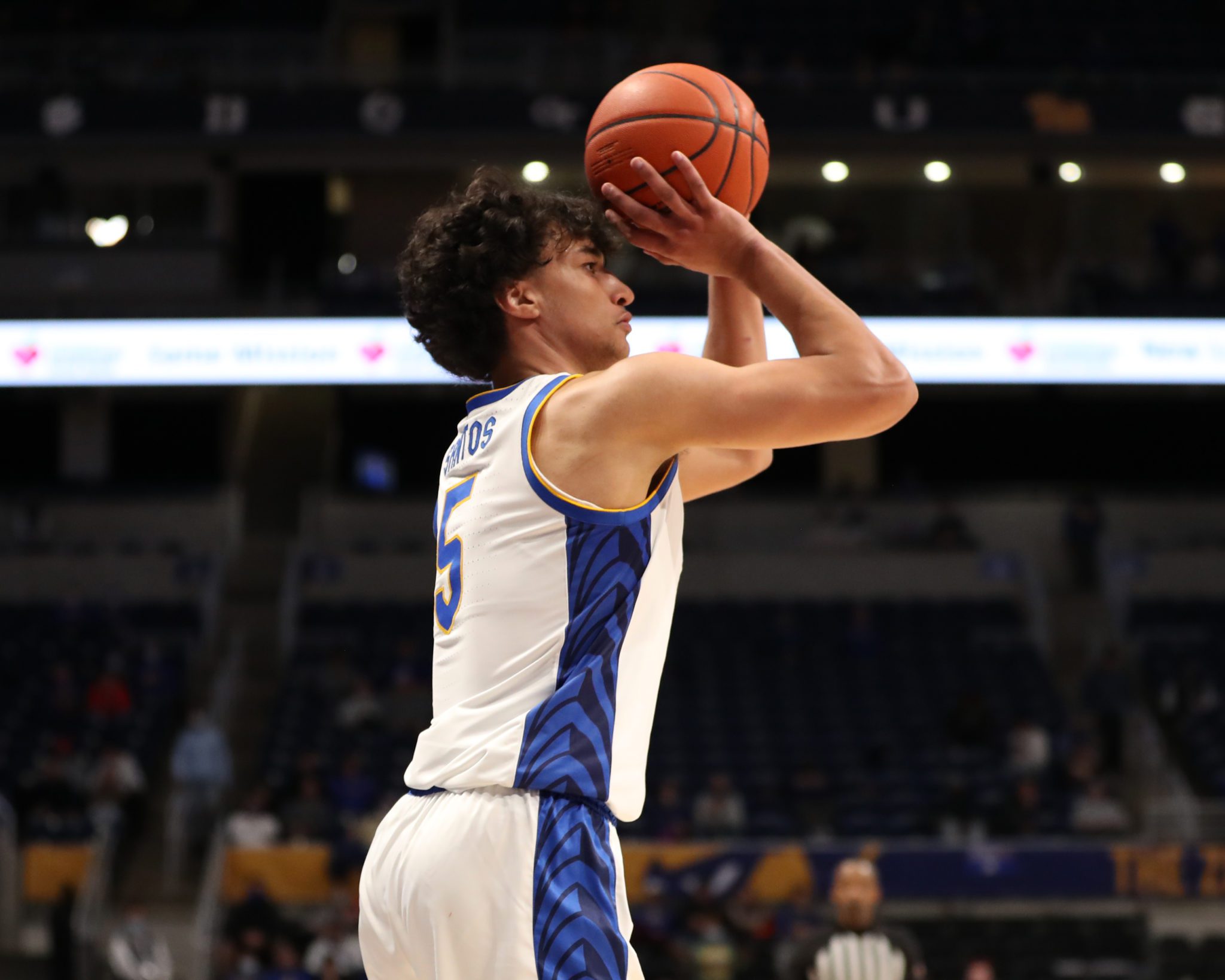 We continue the All-14 series with the wing from Illinois:

Last year: Santos was thrown into the action early and often last season as a freshman. He appeared in 25 games on the year, starting six games. His best game of the year came against Towson in an early-season non-conference game in which he dropped 14 points and grabbed eight rebounds. Santos hit four of his eight three-point attempts in the win. He finished the season with averages of 2.8 points and 1.9 rebounds per game and shot 46% from two-point range and 22% from three-point range.

The storyline: Santos has always been remarked as a sharpshooter by his teammates and his coaches. However, he struggled from deep in that freshman campaign. This season, he is looking to break out and provide more shooting for Pitt out on the wing. He hit two three pointers in Pitt’s recent exhibition win over Clarion and finished with a strong stat line including 12 points, five rebounds, and three steals. With more shooters on this year’s team (Nelly Cummings, Greg Elliott, Blake Hinson, etc), Santos will have less eyes on him outside and will have more room to comfortably get shots up from deep. Has the chance to be a very important piece for the Panthers as a sophomore.

In his own words:

Santos on his outlook heading into his sophomore season:

“I think that year under my belt just really gave me confidence,” he said. “I have that experience now, and over the summer I just put in a lot of work.”

Santos on this year’s group of guys:

“I think we just learned from last year. Guys are older, more experienced, obviously, you have new experienced guys, so they know what it’s like to be on a team and to be together, so we’ve got good personalities off the court. We get along well with each other, so I think that just works well.”