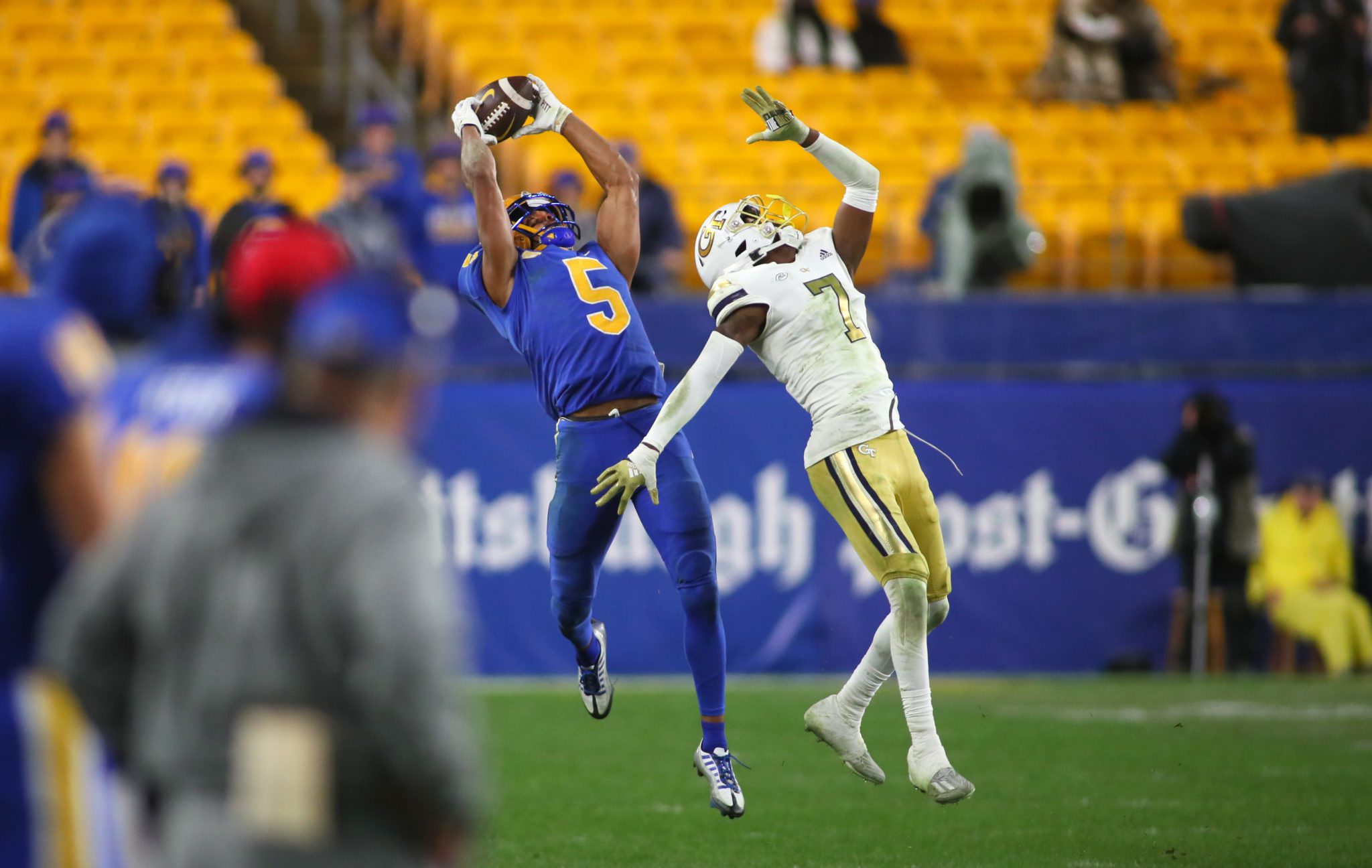 When Pitt broke down its fall camp practices way back in August, it wasn’t on “ACC champs.” It was on “National Champs.”

Pitt hasn’t been a legitimate College Football Playoff contender since Week 1, if ever, and the chance to repeat as ACC champions went out the window with a 42-24 loss to North Carolina last weekend.

“I hope that’s what we’re already doing,” Pat Narduzzi said Monday at the UPMC Rooney Sports Complex. “We try to go 1-0 every week, so I don’t know if the mindset really changes, because my mindset hasn’t changed. We’re still trying to be 1-0 every week and not looking too far ahead to what could be.”

Narduzzi said that Pitt isn’t going to play any other way than it has all season, no looser and no tighter in approach. The mindset is still the same as No. 21 Syracuse comes to town this week looking for a bounce-back win of its own.

Archie Collins has seen the frustration in the room after losses, it’s a natural reaction with three losses in four games over the course of October, but it’s the leadership — from top to bottom — that turns that frustration into determination. It’s Pat Narduzzi and the coaching staff and the players themselves as a collective unit.

“One thing about it is we’ve gotta stay focused,” Collins said Wednesday at the UPMC Rooney Sports Complex. “Gotta make sure you have a love for the game. That’s what I think our players do have. So, we’re gonna keep fighting.”

At 4-4 (1-3 ACC), Pitt is currently 5th in the ACC Coastal, only ahead of the two Virginia teams. There are four games left on the schedule, against Syracuse, Virginia, Duke and Miami, and Pitt can only realistically play for bowl eligibility now. But that’s what Pitt will do.

“I would say high motor, high energy,” SirVocea Dennis said Wednesday at the UPMC Rooney Sports Complex. “These guys are still fired up. It’s football, we love football. So, I know they’re ready to go and I’m ready to go with these guys.

“I wouldn’t say nothing to lose because we’ve still got a chance to be bowl eligible, but then again, it’s a chance to go back out there and play with the guys. Just get a chance to play with each other, have fun and just play the game we love.”

It hasn’t been a challenge for Dennis — and Pitt’s leaders — to motivate the team because it’s been the same message and mentality since the spring. For Dennis in particular, it’s about making sure everyone is up, and motivated, no matter what. For Jared Wayne, it’s about winning every day.

“Guys are taking it a day at a time, obviously the goals that we set prior to the season starting aren’t realistically attainable anymore,” Wayne said Wednesday at the UPMC Rooney Sports Complex. “Now we’re just focused on winning each day.

“You gotta bottle it up and let it loose on Saturday. There isn’t a secret to doing anything like that. You gotta want it, you gotta want to win.”

At 4-4, it’s been a disappointing season. It’s been a failed season by all accounts. With four games to go, Pitt can’t fix this season. But it can reach a bowl game, push for an eight win season and finish the season on a positive note.