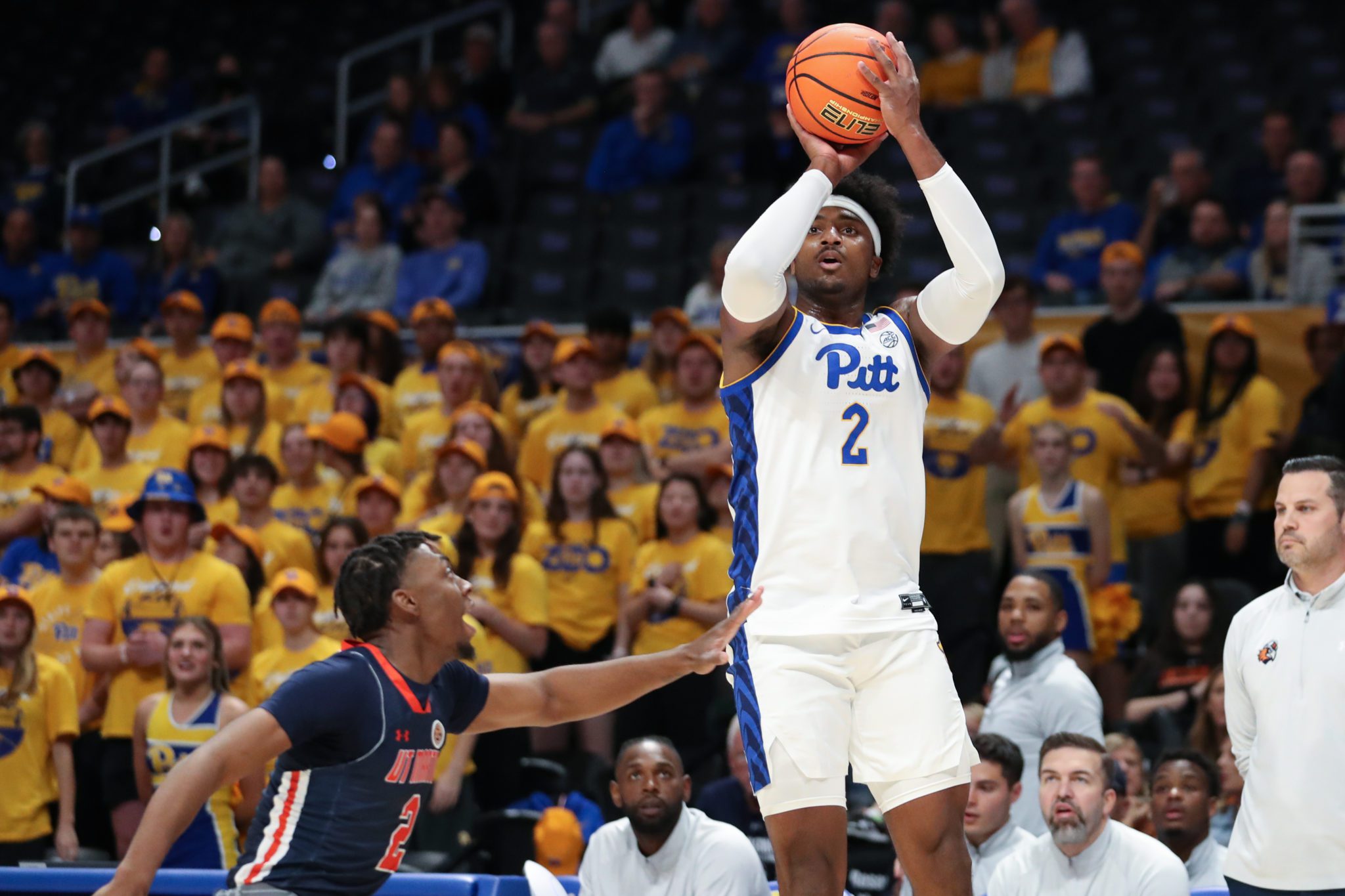 PITTSBURGH — On Monday night, behind a dominant effort from Iowa State transfer Blake Hinson, the Pitt men’s basketball team opened the 2022-23 season with a dominant victory over UT Martin by a score of 80-58.

Pitt started off slow, hitting just four of its first 17 shots and just one of its first ten three-point tries. However, the Panthers eventually caught fire behind Hinson and veteran guards Jamarius Burton and Greg Elliott en route to the win.

Hinson hit four three pointers, scored a game-high 27 points, and grabbed 13 rebounds to lead the Panthers to the dominant win in his Panther debut. The Deltona, Florida native hit nine of his 18 field-goal attempts in the double-double performance.

In the absence of star forward John Hugley (knee injury), Pitt sophomore forward Federiko Federiko made the most of his first career division one start. The Finland native Federiko finished six of his seven field goal tries for a total of 13 points and also grabbed seven rebounds in the winning effort.

Come for the @Ambition___0 and-one, stay for the nod of approval 😎

Former Panther Parker Stewart made his return to the Petersen Events Center on Monday, suiting up for UT Martin. After hitting three of his nine field-goal attempts and scoring nine points, Stewart was ejected from the game less than six minutes into the second half. Stewart was ejected after locking arms with Pitt’s Hinson on a rebound attempt, which resulted in both players shoving each other after the whistle. Hinson received one flagrant foul on the play while Stewart received two, resulting in an ejection.

UT Martin senior guard KJ Simon led the team with 11 points, hitting four of his 11 field-goal attempts in the loss.

Pitt held UT Martin to a 32% shooting night. The Skyhawks hit just three of their 19 three-point attempts in the loss, a 16% mark.

Pitt’s Hugley (knee) and William Jeffress (foot) did not play due to injury.

Pitt’s next game comes on Friday, Nov. 11, when the Panthers will host West Virginia for the Backyard Brawl at 7 p.m. on ACCN Extra.