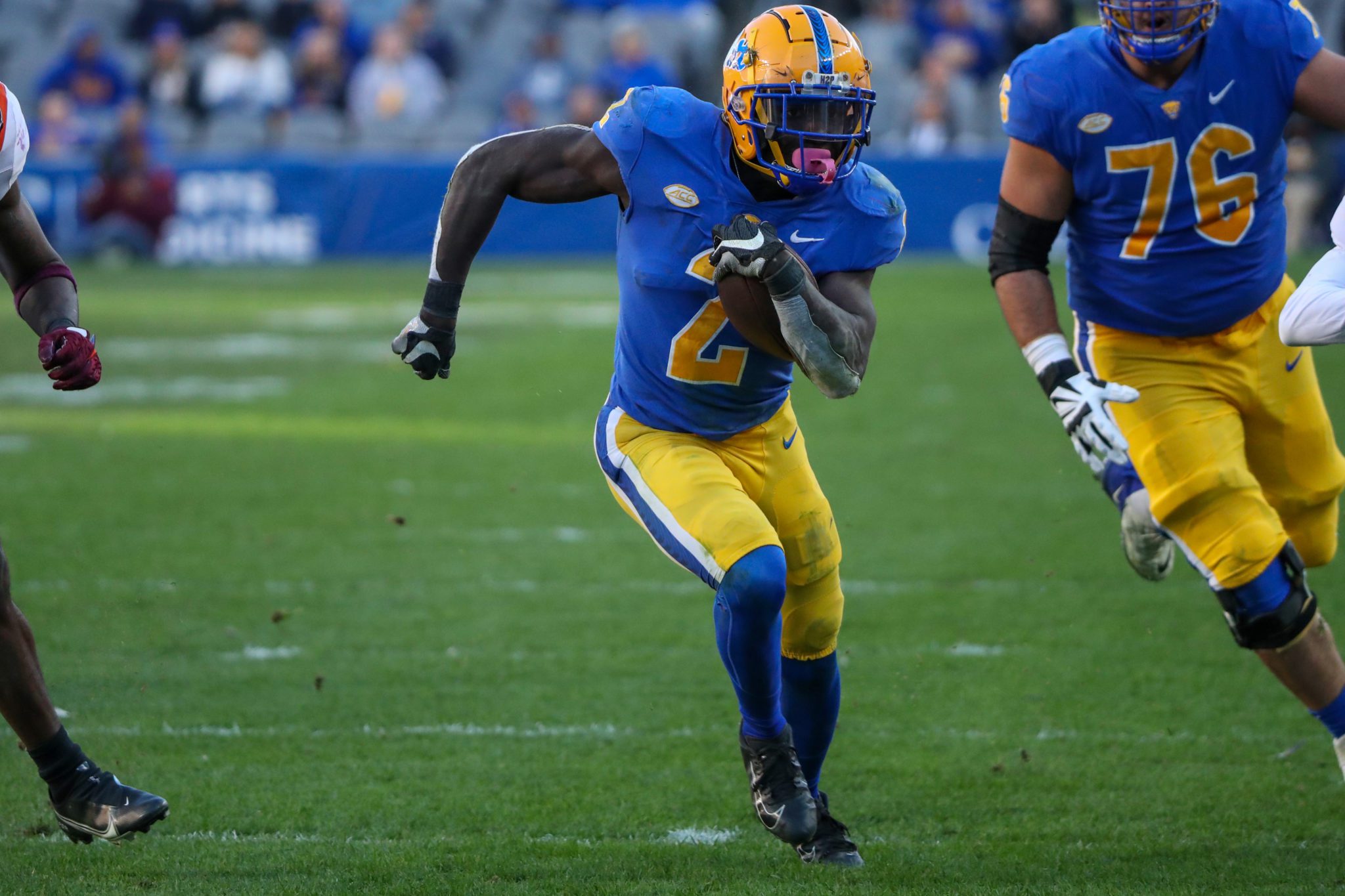 After picking up an undisclosed injury late against North Carolina, forcing him to miss the Syracuse win last weekend, Israel Abanikanda has returned to the starting lineup.

Pat Narduzzi said Thursday that it was likely Abanikanda would be good to go on the road against Virginia, and he dressed and took part in pregame warmups at Scott Stadium with the team.

It’s a boost to Pitt’s offense, as the ACC’s leading rusher (1,086 rushing yards and 16 rushing touchdowns) provides a major boost to the lineup.

It’s expected that Rodney Hammond Jr. — who ran for a career-high 123 yards and a touchdown on a career-high 28 carries last week in a spot start — will also feature into the offensive scheme against Virginia.

C’Bo Flemister and Vincent Davis are also in line for a handful of touches through the course of the game.