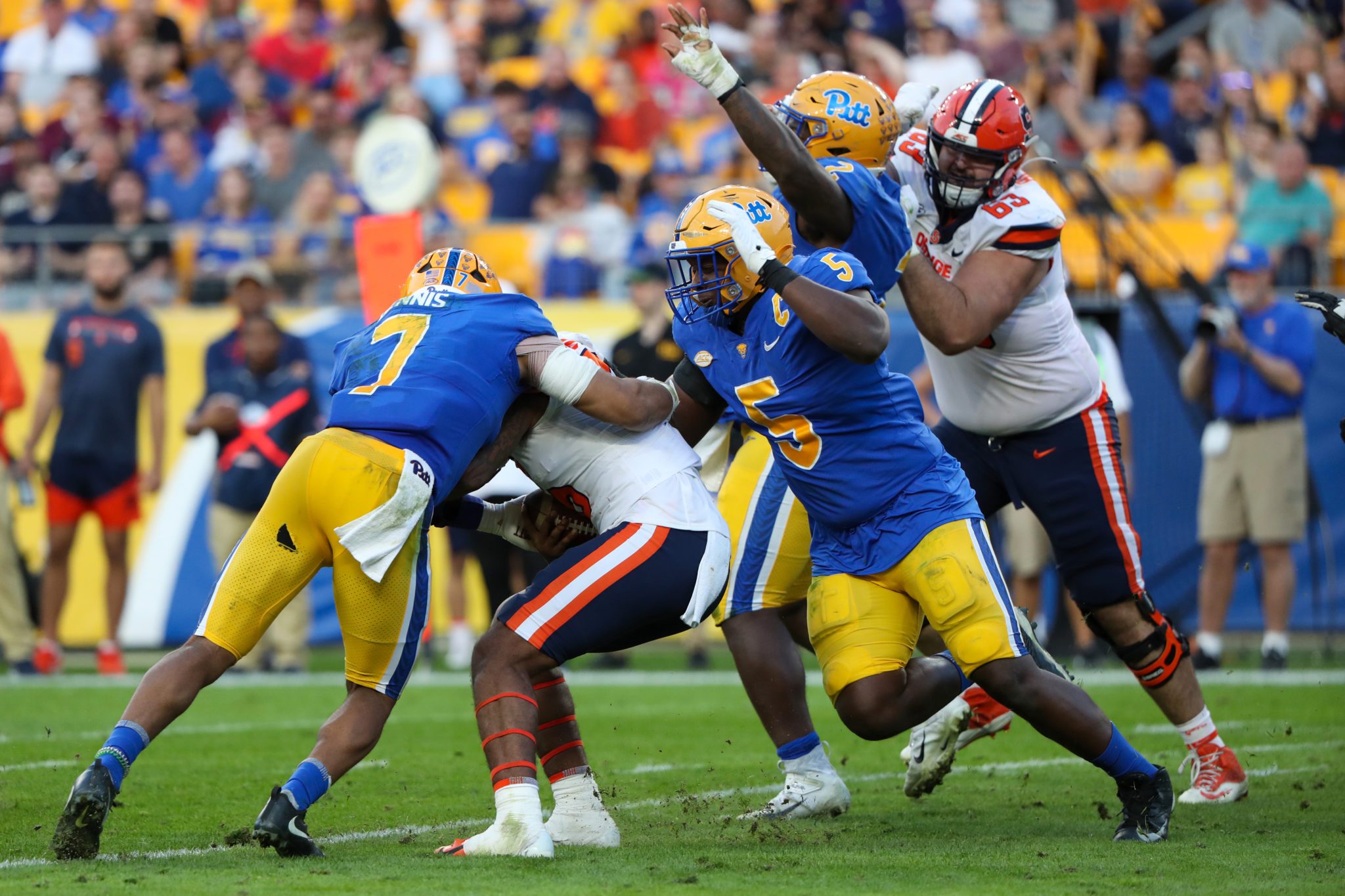 It’s been a season-long process to push Pitt’s run defense into shape, but after a two-week stretch in which conference opponents have run for a combined 17 yards, it’s safe to say that Pitt is operating at business as usual.

Syracuse’s Sean Tucker ran for season-low 19 yards on 10 carries against Pitt last weekend, as part of a 25-carry, 25-yard performance. And over the week at Virginia, the Cavaliers couldn’t break even, hitting just -8 yards on 24 carries.

Pitt has allowed 16 points, 17 rushing yards and 272 passing yards over the last two weeks against then-No. 20 Syracuse and Virginia.

Pitt also entered the month of November with the goal to go 1-0 each week on the way to an unbeaten month. It only made sense after a supremely disappointing 1-3 October.

And in the 2-0 stretch over the last two weeks, Pitt has limited opposing offenses on the ground — and in the air, yes, but mainly on the ground — through the efforts of a completely stifling pass rush.

When the likes of Calijah Kancey, Habakkuk Baldonado, Deslin Alexandre, John Morgan and crew are running free in the backfield, beating opposing offensive lines off the snap and wreaking havoc in the backfield, it tends to be a day in which opposing running backs get nothing going.

After the last two weeks, Pitt is now 10th in college football in rush defense — allowing just 97.7 yards per game on the ground, at a meager 3.2 yards per carry on 302 attempts. It’s a far cry from the 190 rushing yards allowed against West Virginia in the season opener and the 232 yards allowed against Georgia Tech in a shocking loss.

It’s come about as Pitt’s linebackers, the younger and/or inexperienced ‘backers in Bangally Kamara, Shayne Simon, Solomon DeShields and Tylar Wiltz have grown into the system, but it’s been a team effort.

With eight sacks against Virginia, hauling Brennan Armstrong down almost effortlessly Saturday, Pitt once again rose to the peak of attacking quarterbacks in college football. With 37 sacks this season, led by Kancey and SirVocea Dennis, Pitt is No. 1 in college football in team sacks.

It’s no coincidence that as Pitt’s defensive line has gotten after opposing quarterbacks over the last two weeks, the run defense has evolved. But it’s come about as the pass rush has grown, the linebackers have matured and the defense as a whole has clicked.