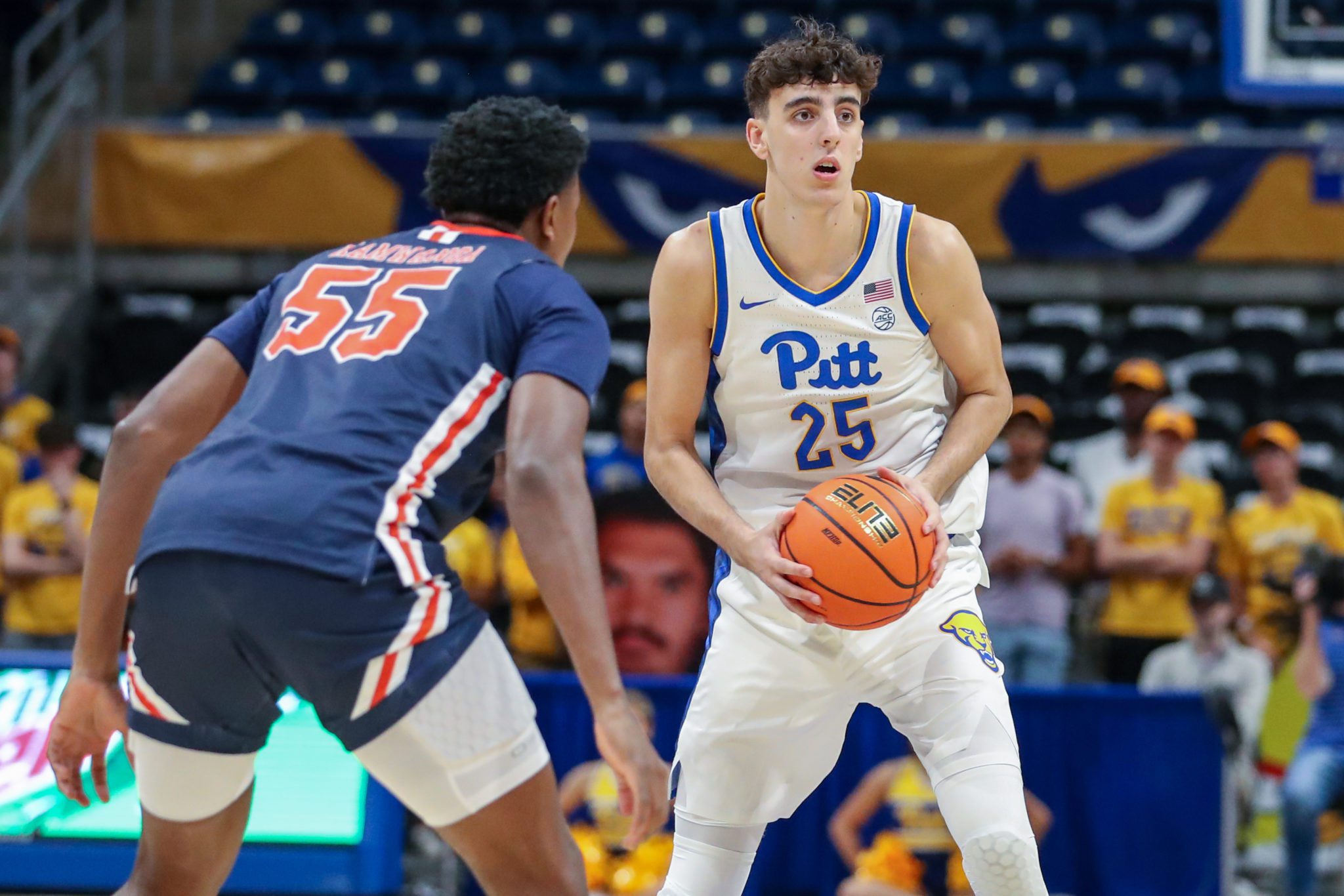 As the Pitt basketball season starts up, Pittsburgh Sports Now continues to profile each player on the team in the All 14 series.

PSN continues the series with the taller of the Spanish twins:

Previous year: Guillermo, alongside his twin brother Jorge, played one season for IMG Academy last year. There, the seven footer averaged 12.5 points and 7.3 rebounds per game, earning a top-100 ranking from recruiting service On3. Guillermo was the lone brother to make the Spanish U20 National Team this summer ahead of his first year at Pitt. With the national team, Diaz-Graham won the European Championship, averaging 14.1 minutes and 6.3 points per game while hitting 59.3% of his field-goal attempts. Guillermo shot 40% from three-point range and also knocked down 77% of his free-throw tries in the tournament.

The storyline: GDG committed to Pitt alongside his twin brother, Jorge, back on May 4, late in the 2022 recruiting cycle. While Jorge plays more like a guard, Guillermo is more of a versatile stretch forward and is the lone seven-footer on the Panthers’ roster.

“G, Guillermo, is a guy, he can pop,” head coach Jeff Capel said. “He’s more skilled, he’s more of a pick-and-pop guy. He can pass it. With his strength right now, he’s not able to post, because he doesn’t have a strong enough base. But there are things that he can do that really help our team be in a better place. His passing, his cutting, his intelligence. He really knows how to play and he really knows how to play off of guys. And he can shoot the basketball.”