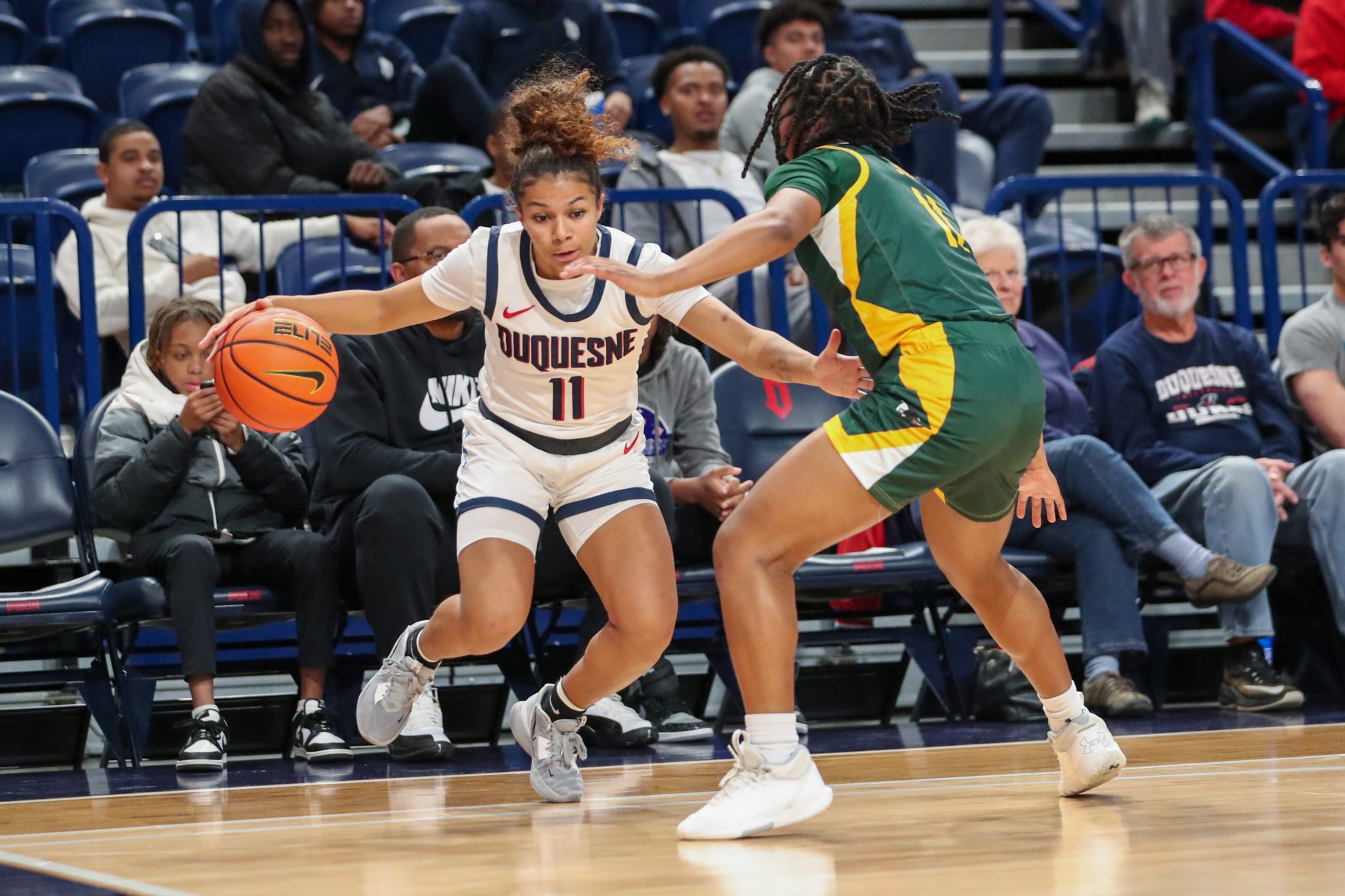 The Duquesne Women’s Basketball Team began to pull away in the second quarter against Siena and earned a 92-73 victory Tuesday night at the UPMC Cooper Fieldhouse.

Naelle Bernard tied for Duquesne’s high point total (4-1) with 18 and her five assists, both of which were season bests. Ayanna Townsend fired up 18 points of her own.

Precious Johnson also had a season high with her 17 points and tied another season best at eight rebounds.

As a team, Duquesne had a season best 22 assists and were 18-for-19 from the free-throw line.

It was an up-and-down first quarter for both teams, with Siena striking first to the tune of a 7-2 run, with Mevius accounting for her team’s first four points.

Duquesne was able to return serve scoring the next seven points, a run started by McConnell grabbing a steal and scoring.

Ayanna Townsend scored six points in the period, with Naelle Bernard finding her twice on post entry passes, where an angle was established.

In the second quarter, Siena briefly enjoyed a three-point lead, until Duquesne went on a 12-0 run. Saints coach Jim Jabir spent two timeouts during this run, leaving him with one remaining for the game.

Jabir was trying to get his defense to apply trapping pressure from beyond the three-point line and between this being unsuccessful and 11 total fouls in the first half, his frustration caused Siena to twice attempt to regroup.

Meanwhile Duquesne assisted on 10 of 16 first-half baskets and Hamilton had 11 points at halftime, while both Johnson and McConnell also achieved double figures.

Siena went cold in the third quarter shooting 1-for-12 from the field and that make came on a Mevius three-point basket. Duquesne responded with a 13-0 run which also included Tess Myers’s first three-point make of the evening.

Though Mevius would score nine points in the third quarter, Duquesne’s defense held the remaining Saints at a 2-for-15 clip from the field for the period.

After three quarters, Duquesne extended its edge to 70-50.

The fourth quarter was fairly academic.

Duquesne will exit the city of Pittsburgh for the first time this season when it travels to play Marshall Sunday at 1 p.m.

Inside the Dukes: Turning The Page In A Big Way