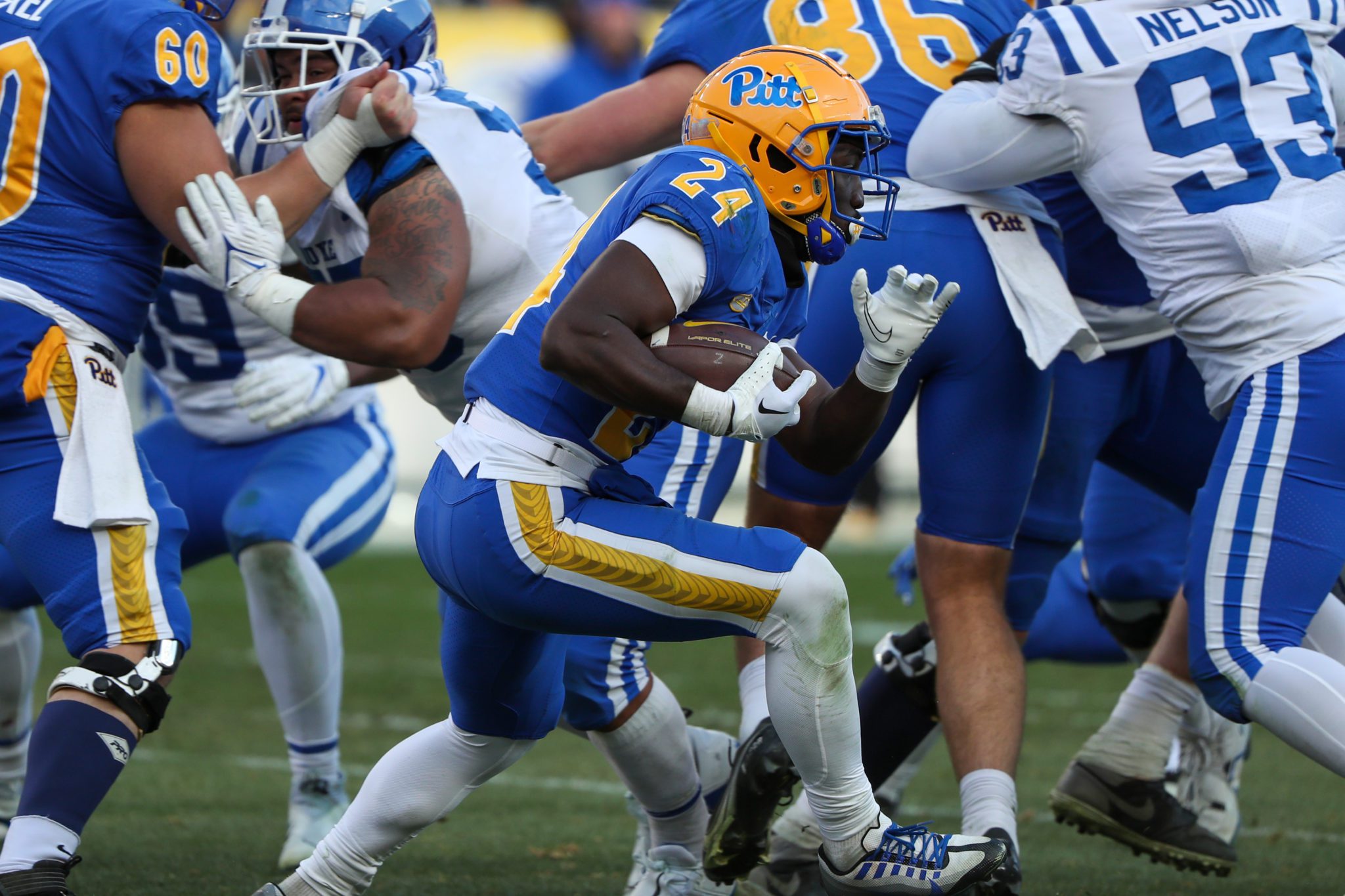 Pitt’s 42-16 win over Miami was the finishing touch on what can only be described as a rollercoaster season.

Pitt’s 4-4 record at the end of October, coming off a disappointing collapse against North Carolina, left some serious questions to be answered. A 4-0 month of November was the only way to salvage the season. And Pitt went 4-0.

That’s a defense that allowed just 46.5 rushing yards per game, 210.3 passing yards per game and racked up 32 tackles for loss, 22 sacks, four interceptions, two fumble recoveries, two touchdowns and a safety over that stretch.

It’s a rather stark contrast compared to Pitt’s 1-3 month of October in which Pitt allowed 142.6 rushing yards per game, 239.6 passing yards per game and racked up 25 tackles for loss, 11 sacks, two interceptions and a fumble recovery.

And against Miami on Saturday, Pitt put together one of its strongest efforts of the season without Calijah Kancey and Habakkuk Baldonado and while using 26 players on the defensive side of the football.

Pitt’s defense wanted to make a statement over the last month of the season, and that’s certainly what it did.

There is going to be turnover for Pitt’s defense this offseason, to an extent that is still unknown, but as injuries forced players in and out of the lineup, it allowed younger players into the lineup at times.

Players like Dayon Hayes, Javon McIntyre and Solomon DeShields will be key pieces for Pitt’s defense in the future — potentially as early as in a bowl game.

The future running back duo?

It’s weird when a 111-yard, 1-touchdown performance (at 7.4 yards per carry) feels like light work.

Abanikanda’s rushing prowess this season has kept Pitt’s offense afloat. He’s put together one of the best individual seasons in Pitt history for a running back. That history includes Tony Dorsett, Craig Heyward, LeSean McCoy, Dion Lewis and James Conner.

But it may have been Abanikanda’s final game in a Pitt uniform, too.

There’s a bowl game left for Pitt this season, but as a running back with NFL aspirations and a season in which his stock has risen tremendously, there’s certainly no guarantee he plays. He has not announced one way or the other what his decision will be. But it’s becoming more and more clear that — at the minimum — he has one game left.

Against Miami, the pair combined for 145 yards and a touchdown on 17 carries, gaining more and more reps as Abanikanda took a seat in the second with the game largely in hand.

It’s an unlikely pairing, but that’s the name of the game in today’s college football. Hammond has all the tools to be the next starting Pitt running back, and Flemister is the veteran option who has seemingly gotten better with every touch this season. And that’s after Flemister fumbled his first rushing attempt at Pitt.

Hammond has to return next season, and while Flemister does not, Pitt wants him back. And it would be surprising if he didn’t.

Flemister came on down the stretch for Pitt, growing from a nice story into a legitimate contributor for the offense. He’s added 220 yards and two touchdowns on 40 carries.

It remains to be seen what Vincent Davis and Daniel Carter decide to do next season, and who Pitt will add from the transfer portal when it comes to supplementing the running backs room, but there’s a foundation in place.

Pitt could do much worse than Hammond and Flemister leading the way.

It’s not just Abanikanda who has a decision to make now either. There are quite a few Pitt players with decisions to make when it comes to where they’ll be playing next season.

It seems to be a foregone conclusion that Abanikanda and Kancey will not be back at Pitt next season, instead choosing to pursue NFL Draft opportunities. The offensive line unit of Carter Warren, Marcus Minor, Owen Drexel and Gabe Houy will not be back. Deslin Alexandre and Tylar Wiltz will not be back defensively.

The biggest decision will come from Kedon Slovis. He put together his most complete performance 0f the season against Miami, completing 18-of-28 passing attempts for 256 yards and three touchdowns. It was a hard season for Slovis, but it’s very likely he decides to return next season for a second go with Frank Cignetti Jr.

Flemister and Jared Wayne — especially Wayne — played big roles in the offensive surge against Miami, and now both will have decisions to make when it comes to their college careers.

Baldonado, John Morgan and the trio of Devin Danielson, David Green and Tyler Bentley have decisions to make. And one of the most important decisions will have to be made by SirVocea Dennis.

It appeared to be a foregone conclusion that he would be leaving for the NFL Draft after the season, but he chose not to take part in Senior Day festivities and is currently undecided about next season. It’s expected his decision will be made soon.

With Pitt’s bowl game being announced in a little under a week, and the transfer portal now open, a lot of movement will take place very soon.

Pitt 2023 Non-Conference Schedule to Include Wofford

Wonder what the chances are that if Dennis does return will it be at Pitt. I assume he owuld be a coveted commodity in the transfer portal for a top 10 team next year.

Brandon Hill too. He and Kancey were courted last year. Does he stick around.

The transfer portal has ruined college sports – It is now semi pro sports for the entitled. I follow Air Force for a good reason, because they are real men, unlike the crybabies nd their pathetic enablers.