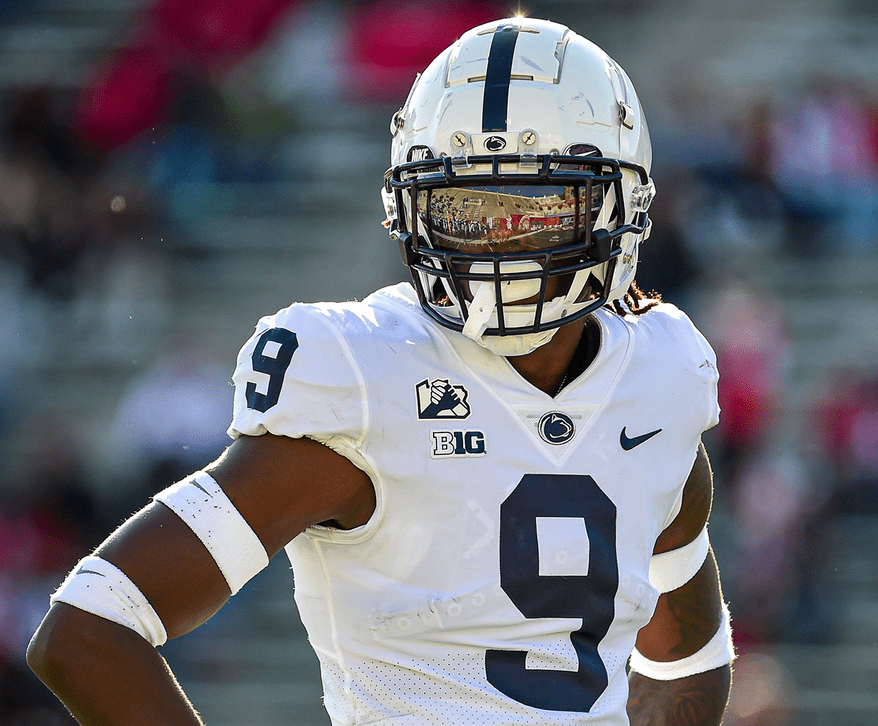 The 2023 NFL Draft is already shaping up to be very similar to how the 2022 NFL Draft unfolded for a few former Penn State stars.

Former Penn State stars Jahan Dotson, Arnold Ebiketie and Jaquan Brisker were selected in the first two rounds of last year’s draft, and Joey Porter Jr. has a chance to be selected even higher.

Porter officially announced his intention to skip Penn State’s bowl game — and his two remaining seasons of eligibility — and declare for the 2023 NFL Draft.

“First and foremost, I sincerely appreciate my teammates, coaches, family and every member of the Penn State community who have made the last four years so memorable. My time at Penn State has been nothing short of a blessing.”

“To my family, thank you for the unconditional love and support. I wouldn’t be the man I am today without the love and guidance from my Mom. To my Dad, thank you for introducing me to the game I love and for always pushing me to be my best. To my coaches and teammates, I will cherish the memories and lessons we have made and the lesson we have learned together. I have been fortunate enough to be surrounded by men who exemplify what it means to be hard-working leaders and for that I am grateful.

“After careful thought, I have decided to forego our bowl game and declare for the 2023 NFL Draft. From one dream to the next, I am excited to continue this next chapter.”

Porter has spent four seasons at Penn State, arriving as a four-star recruit from North Allegheny Senior High in 2019, and he’s compiled 113 tackles (86 solo), two tackles for loss, a sack, an interception, 20 pass breakups and a fumble recovery since then.

After back-to-back All-Big-Ten third-team honors in 2020 and 2021, Porter broke out this season to the tune of unanimous first-team all-conference honors and semifinalist spots for the Chuck Bednarik and Jim Thorpe Awards.

“(Porter’s) done a tremendous job,” cornerbacks coach Terry Smith said in October. “He’s worked his tail off. This guy’s constantly in the weight room, out on the field. In the meeting room. Everything that he’s getting, he’s absolutely worked hard and deserved to get.”

With above-average size (6-foot-2, 185 pounds) and superior physical traits, Porter is very likely going to be a first or second round pick in the 2023 NFL Draft — a higher draft spot than his father Joey Sr. in 1999.