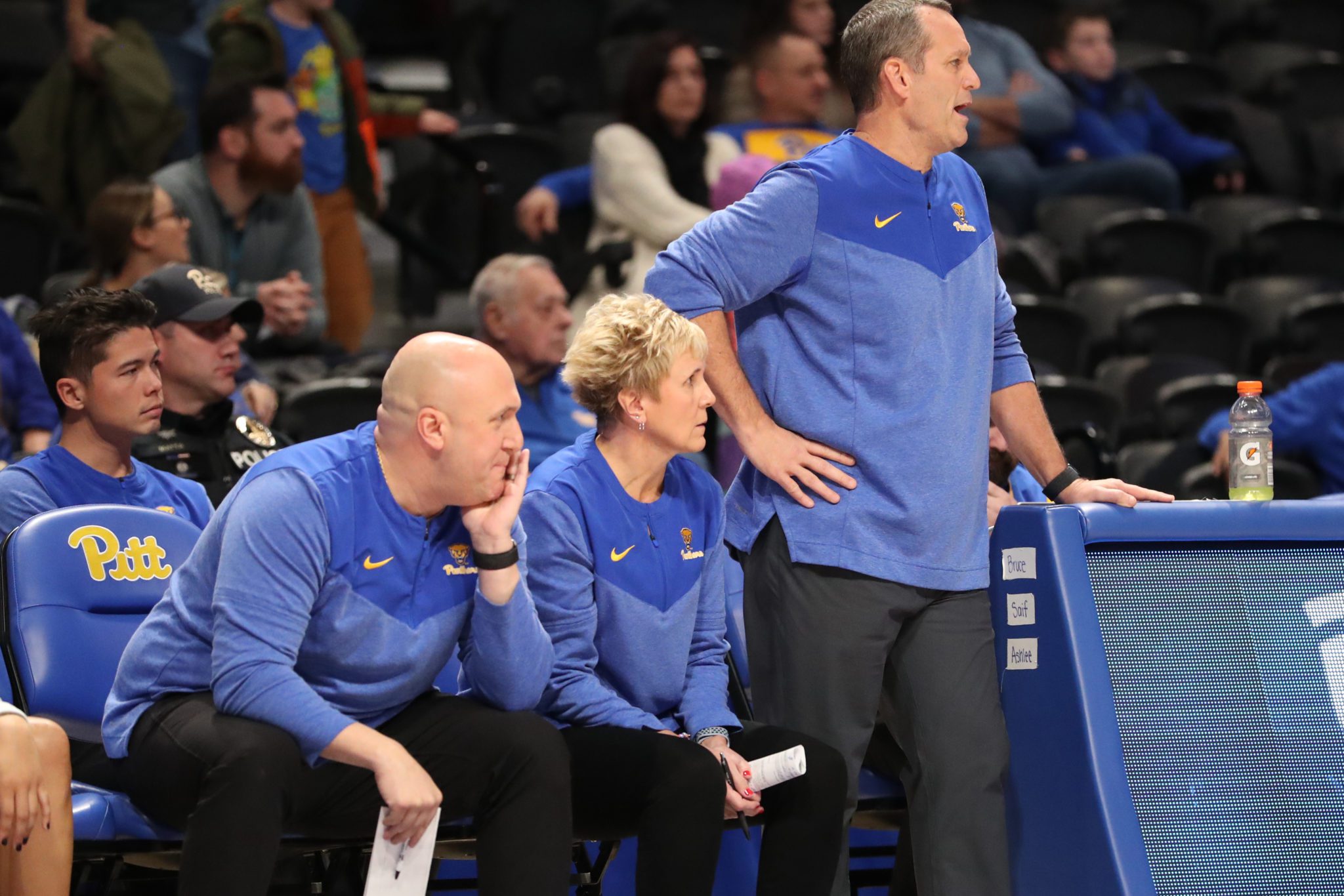 Illinois took command early and often Wednesday evening at the Petersen Events Center as it bested Pitt in the ACC/B1G Challenge, 92-71.

The 92 points Pitt conceded in this game were the second most in the Lance White era.

When the rebounding battle was settled, the Fighting Illini came out on top there as well by a 36-22 count. Illinois also shot 55.7% from the field and 58.3% from three-point range.

Maliyah Johnson got in the act early for Pitt as she twice fired up shots which tickled the rim and feel through. She had all five of Pitt’s points heading into the first media timeout.

Meanwhile Illinois missed its first five shots from the field before burying its next four and also coming up with three quick offensive rebounds, which quickly saw it double up the Panthers.

Pitt continued to experience some inconsistencies following the opening stoppage when it rotated the ball around and at the end of the shot clock fired a guarded three-point shot from the far corner of the court which deflected off rim and into waiting Fighting Illini arms, which lead to a fast break basket and an even quicker timeout.

Though the timeout did not initially stabilize Pitt it was able to generate some positive actions with King beating the buzzer at quarter’s end to cut the deficit to 18-13.

In the second quarter, Pitt improved its shooting, but Illinois made four of its first five shots from three-point range as the Panthers did not bury any triples in the same stretch.

Pitt did shoot 46.2% from the field in the second quarter, but that was not reflective on the scoreboard as Illinois scored 32 points, the second most the Panthers have conceded in a quarter in program history.

Illinois led 50-30 at halftime with the 50 points also being the most Pitt has surrendered in a first half this season. Cook and McKenzie outscored Pitt as a team in the opening 20 minutes.

Early on in the third quarter, Pitt scored the first six points and appeared to find something, but as was the case earlier, this was short lived as Illinois went on a 7-0 run of its own and when Peebles buried a high-arching 3-pointer, White called his third timeout.

Illinois saw Bryant score 13 points in the third period and while the Fighting Illini made another six three-point baskets, while Pitt took three triples, making two, which doubled its total output for the game.

Harris scored 12 points in the quarter, but Pitt’s defensive struggles and lack of three-point shots placed it further behind.

Both teams cooled off in the final quarter, though Illinois also emptied its bench after the final media timeout.

Pitt will look to regroup next Wednesday when it hosts Loyola Maryland at 6 p.m.