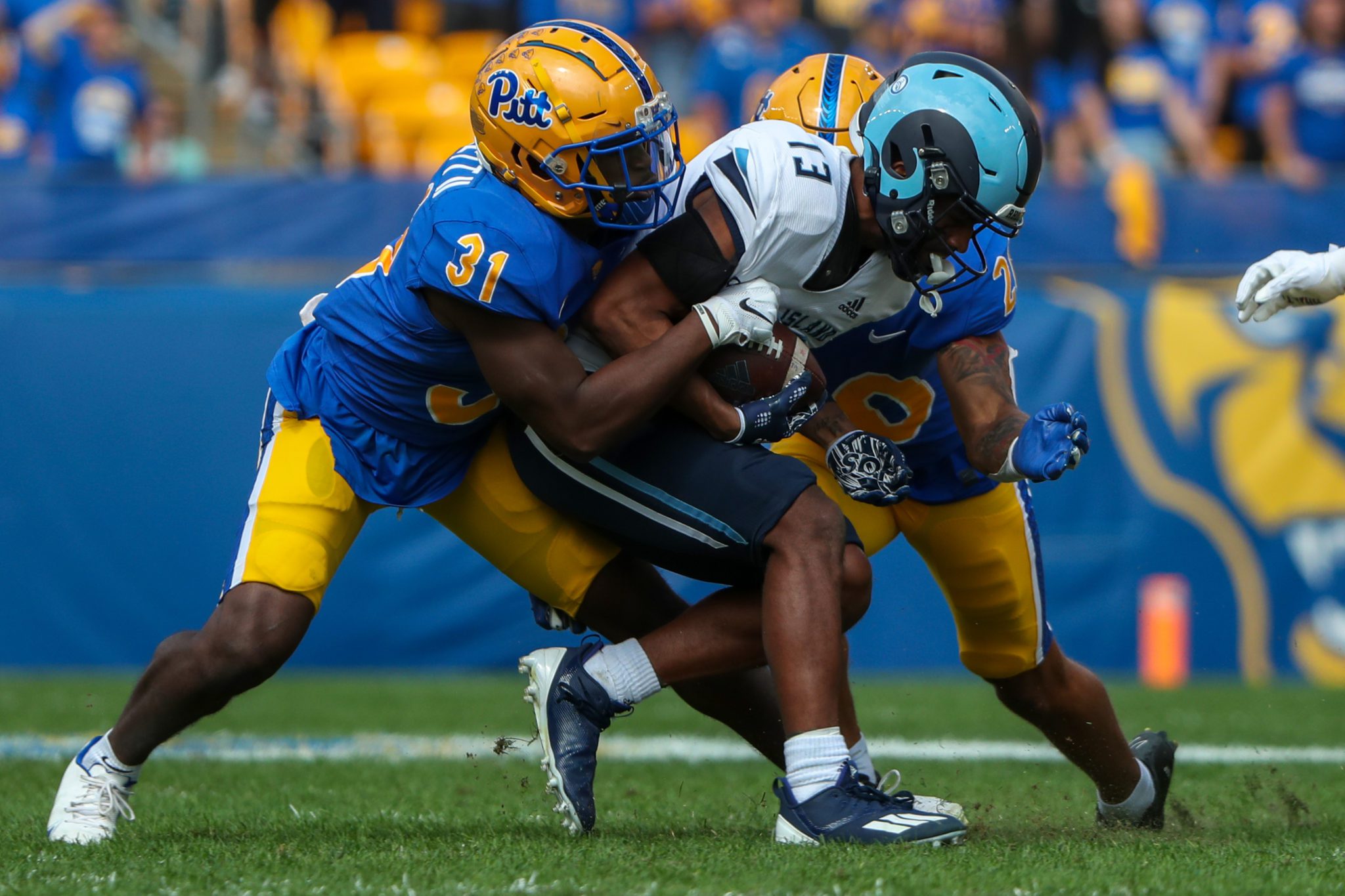 Only TCU has more outright All-Americans when it comes to the Football Writers Association of America’s 2022 All-American honors.

Pitt, along with the likes of Georgia, Michigan, Ohio State, Notre Dame and USC, all have three All-Americans across the first and second teams.

Calijah Kancey, fresh off being named a first-team All-American by the Walter Camp Foundation, is Pitt’s first-team selection at defensive tackle. Israel Abanikanda at running back and Erick Hallett at defensive back earned second-team honors.

Hallett broke out this season for Pitt, recording a team-high six turnovers. His three interceptions and three fumble recoveries (which lead the ACC) point to his nose for the football.

With 47 tackles (34 solo), three tackles for loss, three interceptions, nine pass breakups and two forced fumbles and three recoveries, Hallett’s impact as a leader of the defense — vocally and with his play — was paramount.

Kancey and Abanikanda have not announced if they will leave Pitt early for the NFL, although it is expected at this point, and Hallett has not announced if he will utlilize his COVID season.