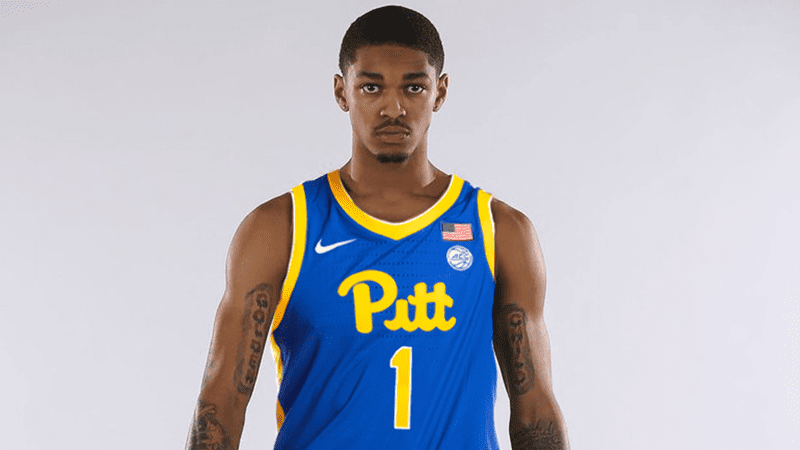 PITTSBURGH — On Friday morning, Pitt freshman guard Dior Johnson plead guilty to two misdemeanor charges of the second degree and was sentenced to one year of probation for his involvement in a domestic abuse incident in September.

“Judge [Jill] Rangos has a reputation for being firm and fair and I think she was both today,” Johnson’s attorney, Robert Delgreco said. “I think the one-year probation is a fair sentence, the conditions were standard with either batterers’ intervention or the equivalent. Of course, he is supposed to have no contact with her [victim], nor has he had contact with her. Hopefully, the University of Pittsburgh considers removing the persona non grata aspect, hopefully he can participate in the sport that he identifies with, loves, and essentially, is all about, and moves on. I’m hoping for an uneventful probation for him.”

The court ruled that Johnson may not come into contact with the victim directly or indirectly, including on social media.

Johnson has been receiving mental health counseling from UPMC’s Tim Wimbush over the past few months (eight sessions), and the court ordered that he must either participate in a batterers’ intervention program or continue receiving counseling from Wimbush if Wimbush is able to certify that he can provide equivalent treatments to the batterers’ intervention standards.

The judge also clarified that if Johnson travels home to his family in Los Angeles for the holidays, he will be on house arrest while there. He will have to provide photos proving that he is with his family and not leaving his home once he is in California.

Johnson, the highest-rated recruit in Jeff Capel’s tenure as head coach at Pitt, is currently indefinitely suspended from the Pitt men’s basketball program.

“My understanding of the policy is an individual who is either charged with a felony or is convicted of a felony is, per se, ineligible to be on campus or to participate in those kind of matters,” Delgreco said. “He has now been convicted of two misdemeanors, which I think removes the blanket prohibition. Whether or not the dean of student affairs, the athletic director, or the coach, in consideration of what happened today, might revise their prohibitions — I don’t know. I have not been in touch with any of those. I am going to urge him to see if he can have those people revisit the prohibition in light of what happened today.”

Johnson was arrested in early October for the incident that occurred in early September. Johnson was suspended shortly after his arrest, and has yet to appear in a single game for the Panthers.

The decision to reinstate Johnson now falls on the school board and the university athletic department.  If he is reinstated, Delgreco would have to file a petition to request for a travel permit for Johnson to travel with the team while on probation.

”I’m hoping there is some allowance for some redemption and restoration for him,” Delgreco added.

At his preliminary hearing on Oct. 20, one charge of simple assault (misdemeanor) and one charge of strangulation (felony) were held against Johnson. Four of the initial charges were dropped that day.

The incident occurred in his off-campus apartment in Pittsburgh. Pitt’s basketball team is currently 6-4 on the season and takes on Sacred Heart at home on Saturday afternoon.

I am sure Jeff is doing everything that he can to get this guy back in the team. Jeff has a history of trying to retain felons so he can improve his pathetic record.

But truly, Capel needs to realize that the culture he’s built on this team is rotten and has caused pain and endangered the community both on and off campus. That is a fact.

And, as much as I think Lyke has done a decent job, she’s enabled this behavior. So, the buck stops with her.

Honestly Jeff is probably better if he starts with the team next year. He had adequate guards this year, and all of a sudden it looks like hughley has to come back . Plus a good recruiting class coming in. I think Johnson adds more next year

Domestic abuse will then be embraced by this athletic department. Just great…

No depth at Guard if Burton or Cummings (neither of who are true PG’s) get into foul trouble…which will surely happen. And of course Sibande isn’t a PG either.
So they need this kid now.

I’ll forego the depth, thanks!

Traveling with the team this year is out. Practicing with .the team, learning about the team and how to work together is ok. Leaning away from playing at home. One has to learn there are responsibilities in life and penalties for wrong doing. And others need to learn from this example

He’s on probation for a year and I assume can’t leave the state. But they could get a waiver that he can only leave the state if he’s traveling with the team.

Seeing from the reaction s here, none of you know the criminal justice system. I pray that you never have to get involved with it. In situations like this, inocinse or guilt is secondary to the system. Coach Capel or the University had no involvement in this decision. Now that the matter is resolved, two lives can be gotten on with. Hopefully, neither one gets involved in something like this again

Seeing from the reaction s here, none of you have a daughter.

Letting it play out in court is fine but if a guy that pled to this is allowed to play (and receive a scholarship) then that’s pathetic. You lose your privilege to play and get compensation to play sports when you behave like this.

Mind you, this isn’t a DUI or even GTA…

You don’t know what happened. It could be he said she said.

He pled guilty. I think that about sums it up.

Well hopefully they got the kid on Campus in some sort of better supervised living environment, where they keep an eye on him. Freshmen shouldn’t be living alone in off-campus apts, where no-one knows what’s going on.

“Inocinse”. Ok genius. That pos has no right to represent my alma mater.

Off Campus Apt ? and the kid, first off is just a kid, and just got into Pittsburgh. Did he have a roommate I guess not, or he would have been there when this incident occurred. And he’s known this female since he was 15 apparently, and she’s from LA via Texas. This whole thing is strange, but then what isn’t these days. One would think he would be under some sort of better supervision, being a kid, being in Pittsburgh for the first time and they put him in an Off Campus Apt by himself, with this female who… Read more »

Thii is a is a very hard situation as a fan. Without knowing exactly what happened or knowing either person involved, it’s hard to have an opinion on what should happen moving forward. This could have been a young kid that’s in love for the first time and let his emotions get the best of him. He could be a respectful kid who made a bad decision. I think we all know that first time you have feelings for a girl at a young age can be very confusing. It also could be a kid that thinks that he can… Read more »

Strangling and beating up a girl isn’t a “bad decision”.

Right to Kirk. My gut reaction is to draw a line in the sand as a program – I’d be perfectly ok with that considering what is alleged to have happened. But my concern the other way is that the basketball team may be his support system. All these college coaches talk about developing these kids into well adjusted adults – Capel isn’t the only one who says that constantly. That could be a good thing for the human being. That’s where the ultimate decision could be a gray area.

Nothing “alleged” about it.

ok, I didnt go to Pitt law and dont know the semantics. Point is the same. I’d be ok if they kicked him to the curb.