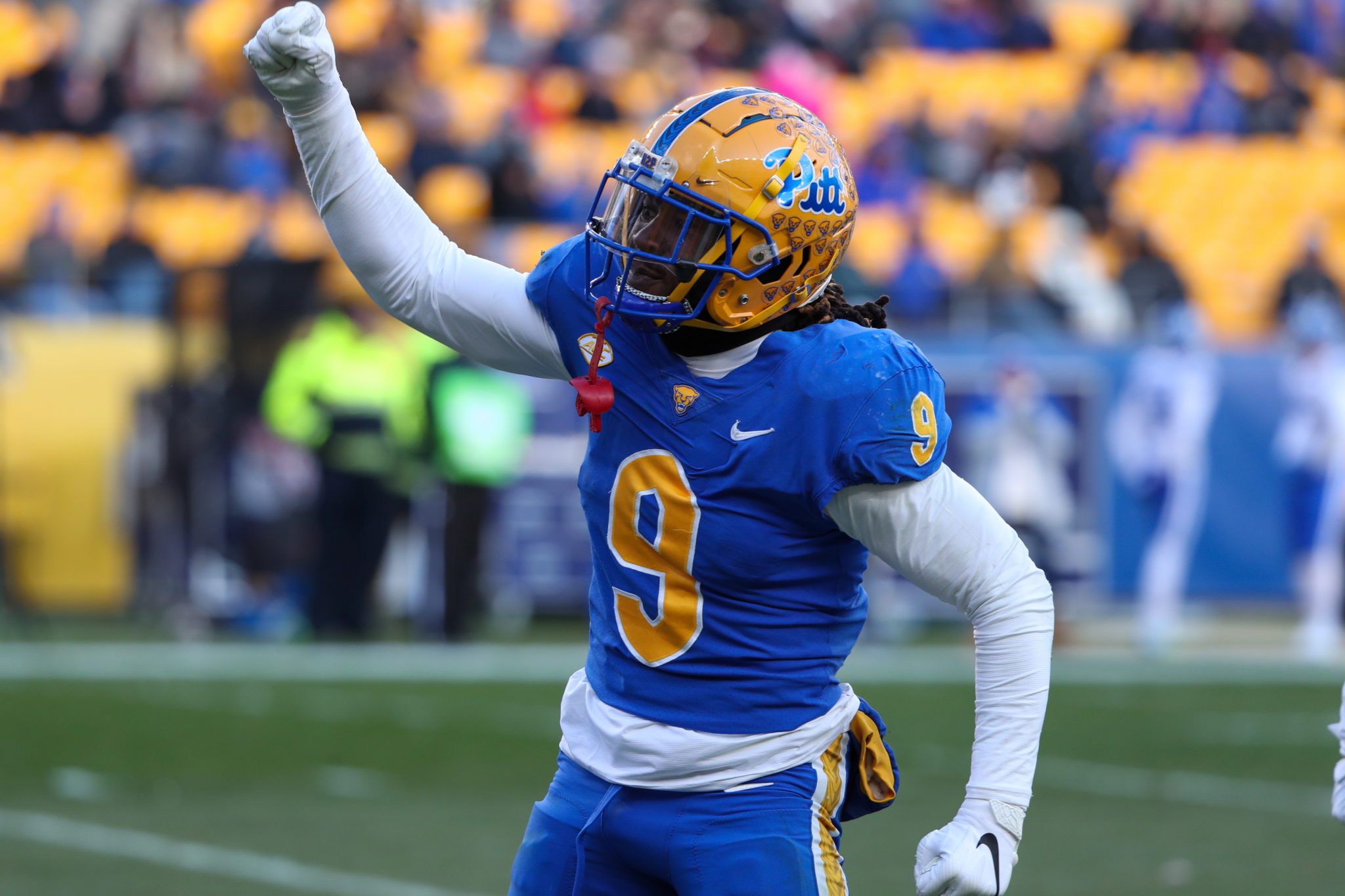 The consistency in the defensive secondary has been a big reason why Pitt’s defense has reached the heights it has over the last two seasons.

Erick Hallett hasn’t made up his mind about returning to Pitt next season, but his safety partner has. Brandon Hill announced Saturday that he has opted out of the Sun Bowl and declared for the 2023 NFL Draft.

“Also, I would like to thank Coach Narduzzi, and the entire coaching staff at the University of Pittsburgh, for giving me the opportunity to play Division I football, surrounded by best coaches in the world, in the greatest city there is. It was truly an amazing four years and a time I will never forget.”

Hill arrived in Pittsburgh as a tip-rated safety out of Florida, committing in the class of 2019. He redshirted in 2019, but he played in 36 games over the last three seasons –starting 27 games.

Hill broke out as a star safety in 2021, earning All-ACC second-team honors for his efforts, racking up 71 tackles (38 solo), a tackle for loss, two interceptions, five pass breakups, a forced fumble and a recovery.

While his 2022 impact wasn’t as apparent (67 tackles, two pass breakups and a fumble returned for a touchdown), opposing quarterbacks didn’t throw Hill’s way in coverage as often. Over the last two seasons, Hill has racked up 1,503 defensive snaps — which will be tough to replace.

Hill stepped into the shoes left behind by players like Damar Hamlin, Dane Jackson and Paris Ford, and he didn’t look out of place. In fact, he fit right in. He just had fun playing football at Pitt.

“Playing this game, it’s a great feeling,” Hill said after the win over Duke. “You always want to make the play, you always want to have fun in making those plays, it’s fun and you can see it out there.

“As soon as Erick (Hallett) makes a play, I’m on his hat, I’m cheering up. If SirVocea (Dennis) is in the backfield, I’m coming from 20 yards back to celebrate with him.

“The game of football is fun.”

I like team players. Unfortunately there aren’t many out there these days.

So not wanting to jeopardize your future is not being a “team player”. Stop.

I don’t get it though. Work all year then get rewarded for the bowl game and nobody plays them. When will it be conference championships? Why not after game 11? Why play that 12th game when you’re going pro. Hell put 6 games of tape out there then opt out. Might get hurt second half of the season.

It’s a different time. Think Tony Dorsett would have stayed four years? These kids are looking at a lot of money and I don’t begrudge them. Next man up.

One has to ask why Hill has a future…

I wish he was playing in the Sun Bowl, but he is NFL ready. He had a nice career at Pitt.

He played for one college team. Was at Pitt for 4 years. Hope he does well in the draft.
However, another year at Pitt could boost his draft status. It’s his decision to make.

Sucks for us fans, but then again we aren’t really risking anything by sitting in front of the TV, so I get it. Just have to hope that there are enough opt outs on the opposing team to balance things out.

Good luck in the draft Brandon. I believe you have a bright future in the NFL. In my 50 years as a Pitt fan, you will always be one of my favorite players.

Very solid pitt career. I would take Brandon hill Any year as a safely. Hopefully Donovan McMillan can take over and have as good a 3 years at the back end of the pitt defense as Brandon did. The safety position was a question mark to say the least after ford and Hamlin left, but hill was remarkable In taking over the reigns. Great job young man. hears hoping for Much success in your future. These bowl games are meaningless. Although I think players should finish off what they started, I can’t begrudge anyone for opting out. Society and college… Read more »