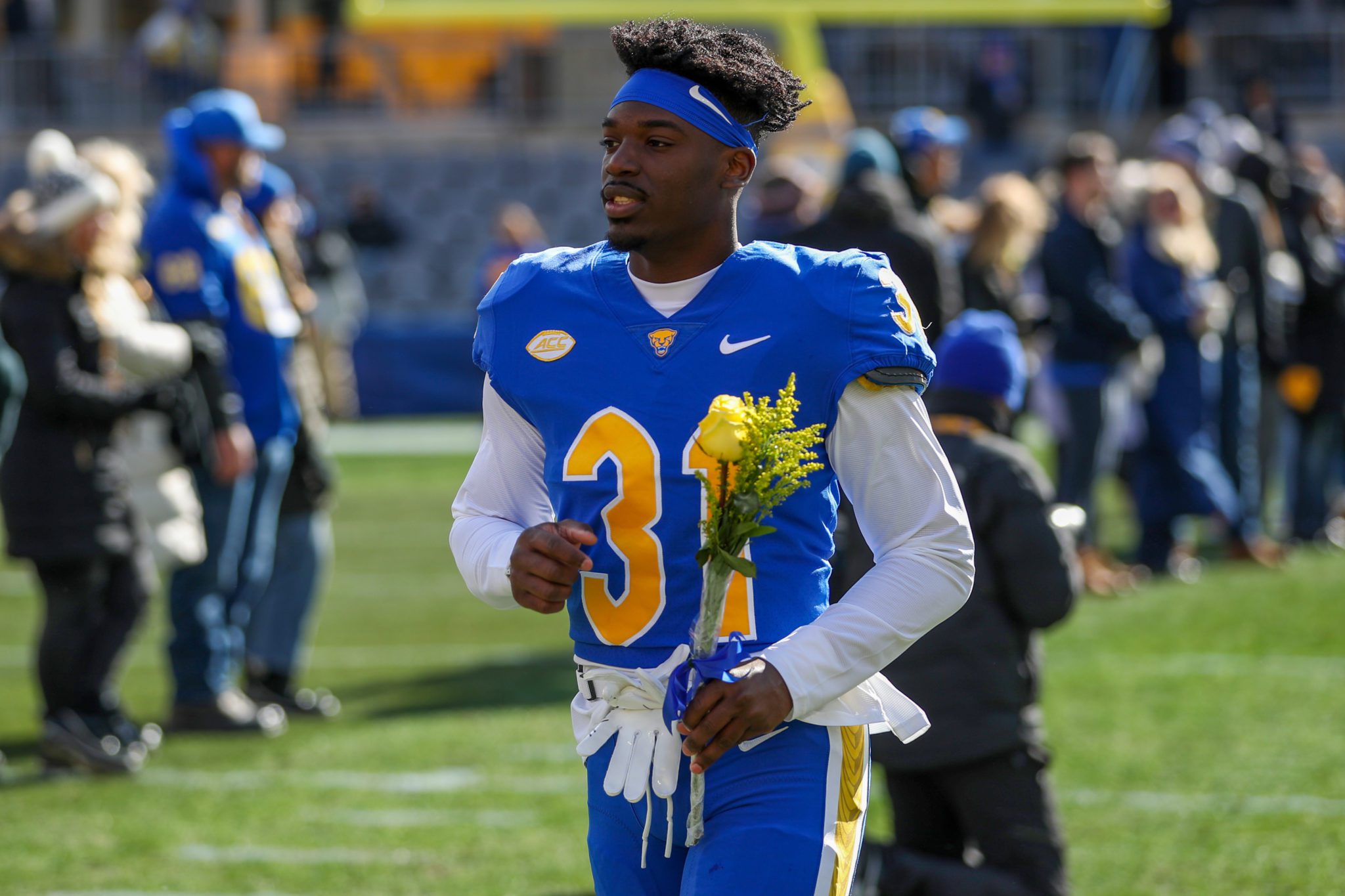 Veteran experience has been a strength of the Pitt secondary over the past few seasons.

Damar Hamlin, Jason Pinnock, Damarri Mathis and Dane Jackson are just a few examples of players that have stuck around the Pitt program longer, which in turn made the secondary one of the strong points of the team.

Next season, Archie Collins will have the task of breaking in some new, younger faces to his unit, especially at the safety position.

Erick Hallett, one of the leaders of the Pitt defenses and one of the most respected players on the team, will be moving on. Hallett told Pittsburgh Sports Now that he will pass on the opportunity to return next season and will instead enter the 2023 NFL Draft.

However, in a twist to what’s been announced by a number of his teammates, Hallett hasn’t played his last game in a Pitt uniform and will play in the upcoming Sun Bowl game against UCLA.

“I knew that a certain point we’d get to game No. 13 and for me, it’s more so about me just wanting to finish this out,” said Hallett. “And hopefully, we can finish out with a bang. We’re playing a really good team in UCLA. I respect all my guys who have opted out for different reasons. But me personally, I just felt like I wanted to finish the mission.”

Hallett had the option of returning in 2023 but decided the Sun Bowl will be the end of his collegiate career.

In his Pitt career, he recorded 158 tackles (109 solo), 7.5 tackles for loss, seven interceptions (including one for a touchdown), 22 pass breakups, four forced fumbles and five recoveries.

This past season, Hallett was a semifinalist for the Jim Thorpe Award and was named to the second team of the Football Writers Association of America All-American Team.

“I think I was weighing it early on (to return) just with college football is changing with NIL and the transfer portal and stuff like that. But after thinking about it, I think this is the best decision for me to make for me and my future.”

Hallett, a native of Cypress, Texas, was a member of Pitt’s Class of 2018 and developed into a valuable member of the secondary. It’s only fitting that being a native of Texas, Hallett will play his last college game with Pitt in El Paso, Texas.

“My memories of Pitt are going to be about happiness,” said Hallett. “I came up here not knowing a lot of people, not knowing a lot about the north in general being a Houston guy, a Texas guy, traveling 20+ hours to come up here. It wasn’t the easiness of transitions, but I’d definitely say that my class along with the guys that were already here and guys that came after me welcomed me with open arms. I honestly couldn’t have asked for a better brotherhood to be a part of.”

“More than anything, Coach Narduzzi, Coach Sanders and Coach Sanders really just believed in me. I think as any freshman coming into college, but especially as a football player, you need someone to believe in you. I think that’s something that Duzzy and especially Coach Collins and Sanders have instilled in me. They let me know that they believed in me and told me to believe in myself. It’s the same game that you’ve been playing since you were seven, eight, nine years old. Go out there, execute the mission and do what you have to do.”

“I think the guys ahead of me have laid the groundwork and someone like me couldn’t have a better blueprint of how to jump from college to the NFL,” said Hallett. “As far as our secondary and honestly our team, the d-line has led the nation in sacks two of the past three years. That’s just not something that everyone just does. That’s unheard of to be honest. As far as our secondary, I think the guys prior to me have just laid the road map from D-Mam to Dane, to Pinnock to J-White, they showed us the way, they showed us how to do it. We’re no longer blind going through this process. We’re able to see how these guys did it, this is something that I can emulate in order to try and reach this sort of excellence in the game.”

Thanks for playing in the Bowl Game. At least some students are true to their school.

Lt’s just change it from intercollegiate athletics tp semi-pro. That’s what you and others seem okay with. It’s bizarre!

Let’s not act like guys haven’t been getting paid for a long time now. It needs to be better regulated, but yeah, I’m fine with it. Guess I’m bizarre!

I would rather he didn’t. He’s going to play with a caution like those who played in the Pro Bowl. Next man up.

Pitt has shown they are a D Back school.. let’s keep it going with the next group!!! Good luck H got to see your best game last year champion..HTP 💙💛

Thank you Erick ! I wish more of your teammates were like you .