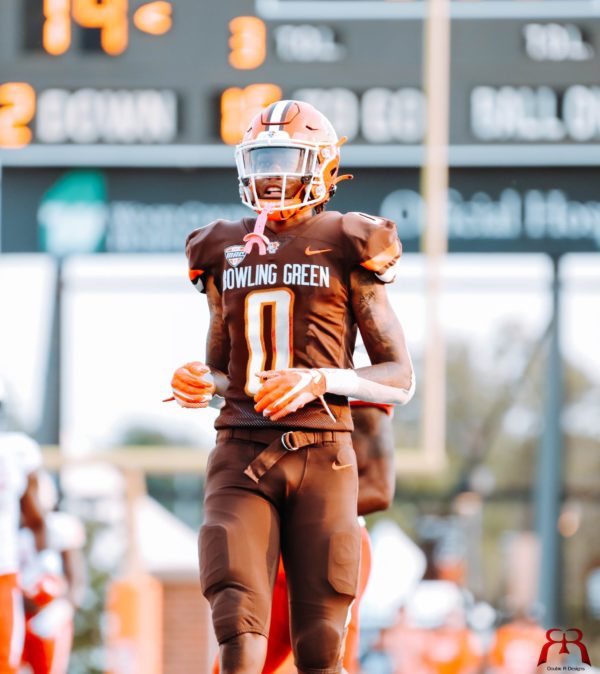 Tyrone Broden received just five Power Five offers out of West Bloomfield High in Michigan, but he’s likely to receive a much larger interest the second time around.

And it began with Pitt this time around as Tiquan Underwood extended Broden — a 6-foot-7, 210-pound wide receiver from Bowling Green — his first offer out of the transfer portal. It certainly won’t be the last.

Broden was a preseason All-MAC honoree, and while he wasn’t able to earn All-MAC honors, he certainly made an impact at Bowling Green.

Almost the entirety of Broden’s stats at Bowling Green came in 2021 and 2022, serving as the big-bodied target who lined up almost exclusively outside and racked up more than his fair share of deep-ball targets.

Over the last two seasons, according to PFF, Broden averaged an average depth of target of 17.7 yards. And while he averaged a robust 16.2 yards per reception over that time, if he’s going to make the next step to stardom, he will have to cut down on his nine drops over the same time.

And Broden will have two seasons of eligibility remaining at his next destination.

With the uncertainty in Pitt’s wide receiving room, as No. 1 Jared Wayne (who also serves as the tallest wideout in the room) hasn’t announced his decisions regarding next season, Pitt is looking to add more receiving options.

Konata Mumpfield and Bub Means will both return next season, but a majority of Pitt’s options will be young players like Che Nwabuko, Addison Copeland, Lamar Seymore and Kenny Johnson. So, it shouldn’t be a surprise for Pitt to look to add via the transfer portal.

Spelling i before e except after c. RecEive.

I absolutely hate pointing out the no “h” in Pittsburgh. That’s always bugged me.

If this kid is smart, which I am presuming he is, he’ll take the Pitt offer. He’ll go to an offense that has an experienced QB, an established passing game and OC that utilizes big body Wr’s.

Or he could waste his time and take some of his other offers which will end up up with him selling used cars.