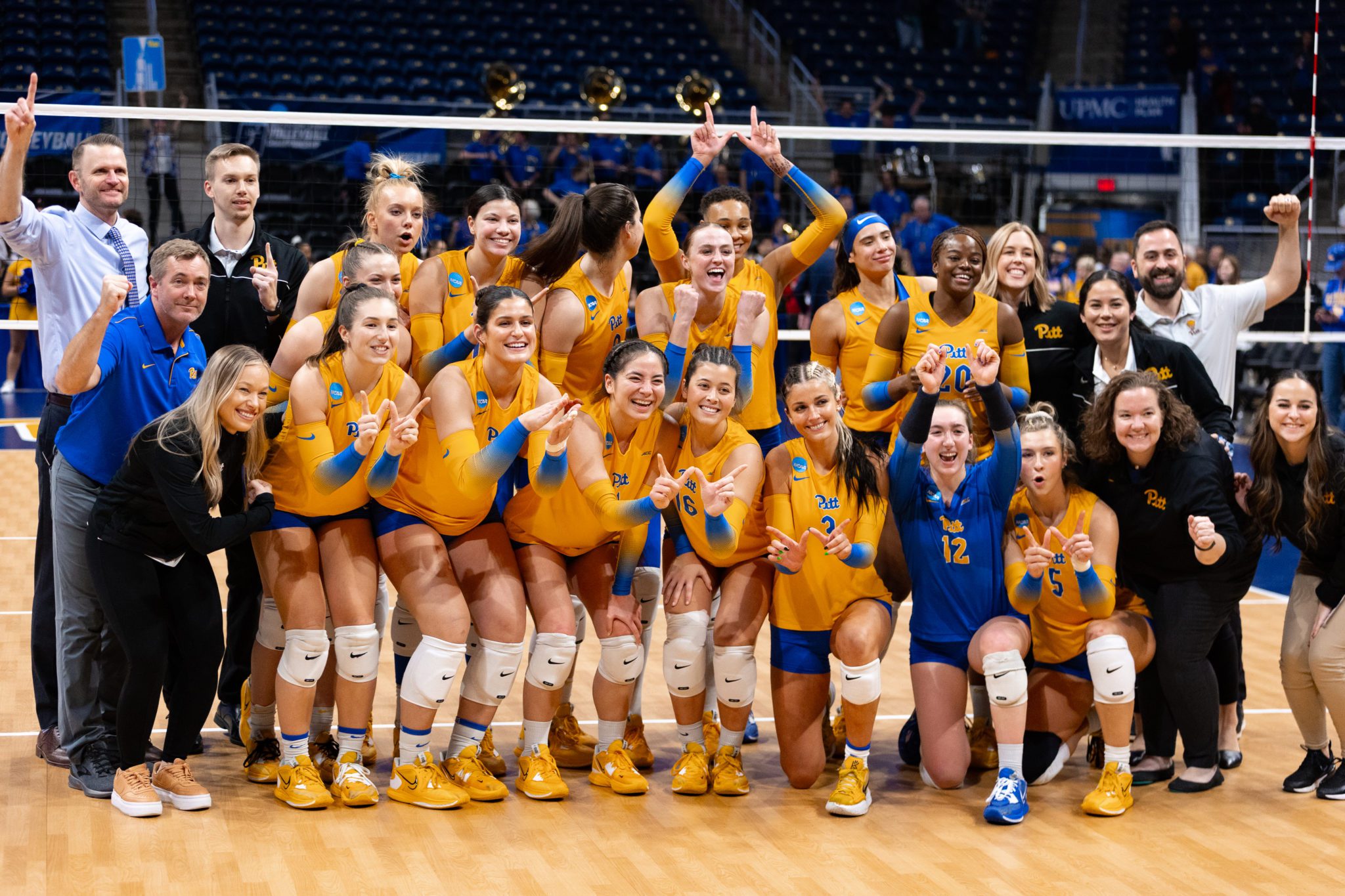 No. 2 Pitt fell to ACC Rival No. 1 Louisville on Dec. 15 in a five-set classic in the Final Four in Omaha, Neb., making it another season with a loss in the NCAA Tournament Semifinals.

The loss stung for a team who had belief they could win the National Title the entire season. For the players, they might view it as a let down, as they also lost last year in Final Four to Wisconsin in four sets in Columbus, Ohio.

For devoted Pitt fans, the loss is unfortunate, but signals the continuance of the program’s ascendance into the upper echelon of volleyball schools.

The Panthers finished with a 31-4 overall record and earned a share of the ACC title for the first time since 2019 with a 17-1 conference record. The 31 wins in 2022 is the most since the Panthers won the same amount in 1990.

Pitt defeated a number of quality teams along the way. They finished with eight wins against teams in the top 20, five against top ten opponents, five vs. the top seven and three against the top five teams, all program records.

The Panthers played 13 schools that made the NCAA Tournament, with four from the ACC and nine teams in non-conference play.

Some of their best wins included five-set thrillers at home against then ranked No. 2 Louisville on Oct. 23 at Fitzgerald Field House and then ranked No. 13 Georgia Tech on Nov. 23 at the Petersen Events Center. It also saw Pitt sweep then ranked No. 5 Ohio State on Sept. 18, for their first ever sweep over a top 5 ranked team at home.

The Panthers earned a No. 2 seed, which meant that they needed to go on the road if they were to make it back to the Final Four.

They easily swept the Colgate Raiders on Dec. 2 and the No. 7 BYU Cougars on Dec. 3 at the Petersen Events Center. The Panthers then traveled to Madison, Wis. and took down the No. 3 Florida Gators in the Sweet 16, to make their third straight Elite Eight.

Pitt came up against No. 1 Wisconsin on their own court in that Elite Eight matchup. Facing off against the reigning National Champions proved a tough task, but Pitt battled Wisconsin over five sets. They managed to pull it off, 15-13 in that final set to move on to their second Final Four in dramatic fashion for the program’s greatest win.

Head coach Dan Fisher used the transfer portal to his advantage prior to the 2022 season, bringing in graduate right side hitter Courtney Buzzerio out of Iowa.

Buzzerio proved herself as the best attacker on this Pitt team, leading the team in kills with 461, which is the second most in a season in the modern scoring era (2008-Present) and seventh in the ACC. She also made 82 kills in the NCAA Tournament, a program record.

Graduate middle blocker Serena Gray also arrived in the transfer portal, but from rival Penn State in 2021. Fisher and his staff helped her regain confidence and pushed her to her true potential, which saw her play as one of the best middle blockers in the country.

She finished with a .396 hitting percentage, seventh best in a season in Pitt history, third in the ACC and 18th in Division I in 2022.

Senior Chiamaka Nwokolo also provided great play as a middle blocker for the Panthers. She finished second on the Panthers with total blocks, 118.0, second in hitting percentage at .374 and fifth in kills with 166.

Sophomore setter Rachel Fairbanks continues to improve her game and shows that she is one of the best setters in the country. She is the first Panther in program history to make over 850 assists, 275 digs, 100 digs and 50 total blocks in the same season. Fairbanks also made a team-high 39 service aces, leading as example for the Panthers’ impressive serving all season.

Pitt used its depth to propel them throughout the season and to overcome injuries. Graduate outside hitter Cam Ennis transferred from Texas A&M and played important minutes in the NCAA Tournament in place of sophomore outside hitter Julianna Dalton. She also filled in for senior setter Lexis Akeo as backup setter earlier on in the season and provided great passing in her absence.

Dalton, who transferred from Washington State, started 30 games of the 32 she played in for the Panthers. She also finished in fourth on the team in kills with 234 and in digs with 186.

Junior outside hitter Cat Flood made 16 service aces, a big improvement over just four in the past two seasons combined.

Fisher and his staff face a big task in rebuilding this team with six players graduating after this past season. It shouldn’t be a surprise, if he is able to do so once again and Pitt continue to play some of the best volleyball in Division 1 in 2023.