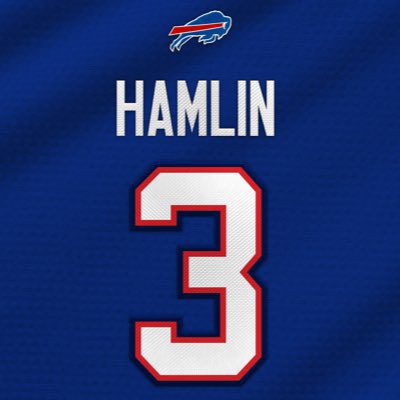 Zac Taylor has seen his fair share of on-field injuries. When it’s an injury to an opposing player, he’s usually one to take a step back and let the opposing side handle it. But that wasn’t going to cut it Monday night.

He’s the head coach of the Cincinnati Bengals, so, obviously, he’s concerned for his players above all else. However, after Bills safety Damar Hamlin collapsed in the first quarter of the Bills-Bengals game, that level of concern extended to the opponent.

“Our thoughts and prayers are with Damar Hamlin and his family, his loved ones, his teammates, coaches, the entire Bills organization,” Taylor said Wednesday at his weekly press conference. “We’ve always had a great deal of respect for them, and I think that’s grown much deeper obviously with what we’ve seen transpire.

“We’re pulling for Damar. Hoping for the most positive outlook and looking forward to him seeing all the support he’s getting from his team, his community, people around the league, his family. That’ll be a great day when he’s able to see that.”

On a traumatic day for the NFL, the Bills and Bengals found solace in each other.

It isn’t uncommon for injuries to occur in the NFL, it happens every single game, in fact, but what about when NFL players are inconsolable on the field? What about when the glassy look in Bills quarterback Josh Allen’s eyes tells the whole story?

In the minutes that felt like hours that felt like days, there wasn’t a single person on the field at Paycor Stadium that was thinking about the game. Every player, coach and staffer on the field was hoping and praying for the best-case scenario as CPR was administered to Hamlin.

Taylor said that those who weren’t on the field — after he re-watched the TV coverage of the incident — were forced to think about the implications of the result of the game because they weren’t on the field. They didn’t have to experience it firsthand.

For those on the field at Paycor, any semblance of thought didn’t return until the ambulance transporting Hamlin to the University of Cincinnati Medical Center left.

“In that moment, I came together with Sean McDermott — the officials kinda led the way there — and it was determined just to take a few moments as teams to process what happened, separate, go to our sidelines and take a moment to process because no one’s had that chance.”

There was only one person Taylor spoke to as Hamlin received treatment from fast-acting first responders on the field at Paycor: Tyler Boyd.

Taylor noticed just how far Boyd walked out onto the field as first responders treated Hamlin, but the look on Boyd’s face made him remember one thing: the Pitt bond.

“Did you know him?” Taylor asked Boyd as he joined his wide receiver on the field.

Boyd and Hamlin weren’t teammates at Pitt. Boyd left for the NFL right as Hamlin arrived as the top-ranked recruit in the state. But as two Pittsburgh kids, thriving out of Clairton and McKees Rocks, respectively, a deep, deep bond was formed.

“And that part hits you,” Taylor said Wednesday.

The respective sides would retreat to the locker rooms. Taylor said that he didn’t feel a directive to return to play, there was no push for anything to happen, but no one was ready to even consider returning to the field. But it didn’t come until after Taylor and Sean McDermott met.

Instead of playing telephone from opposite sides of the field, Taylor and McDermott, the Bills head coach, met on the far sideline in order to ensure that all discussions — all decisions — were made together.

“And I won’t disclose any of the private conversations Sean and I had except for this: when I got over there, the first thing he said was, ‘I need to be at the hospital with Damar, and I shouldn’t be coaching this game.’ That, to me, provides all the clarity.

“Unprecedented is the word that gets thrown out a lot about this situation and it is, but in that moment, he really showed who he was. All his focus was being there for Damar being there for his family.”

McDermott — and the entire Bills team for that matter — was focused on Hamlin. For obvious reasons. But it didn’t stop there. The Bengals captains — Joe Burrow, DJ Reader, Ted Karras and Joe Mixon — came to Taylor to see about heading over to the visiting locker room.

Taylor didn’t know what to think at first. He didn’t know if it was appropriate considering the circumstances, but he relayed the message to McDermott. And the Bills captains — Josh Allen, Stefon Diggs, Mitch Morse and Jordan Poyer — readily welcomed the Bengals into the locker room.

As Taylor watched the sides interact, not as opposing sides but as men who share bonds only the NFL can offer, he immediately realized that it was meant to be. Both sides needed each other in the moment.

On a traumatic night, the Bills and Bengals came together in support of Hamlin. And Taylor made sure to thank everyone — the medical professionals, the Bills and Bengals athletic trainers and doctors, the paramedics, the emergency response teams, the University of Cincinnati Medical Center doctors, nurses and security, the officiating crews — for the response in stepping up when called upon.

“It’s bigger than football obviously,” Taylor said. “It’s taking care of people. I think Cincinnati and Buffalo are very similar in that way. It’s just the communities and the way the people are.”