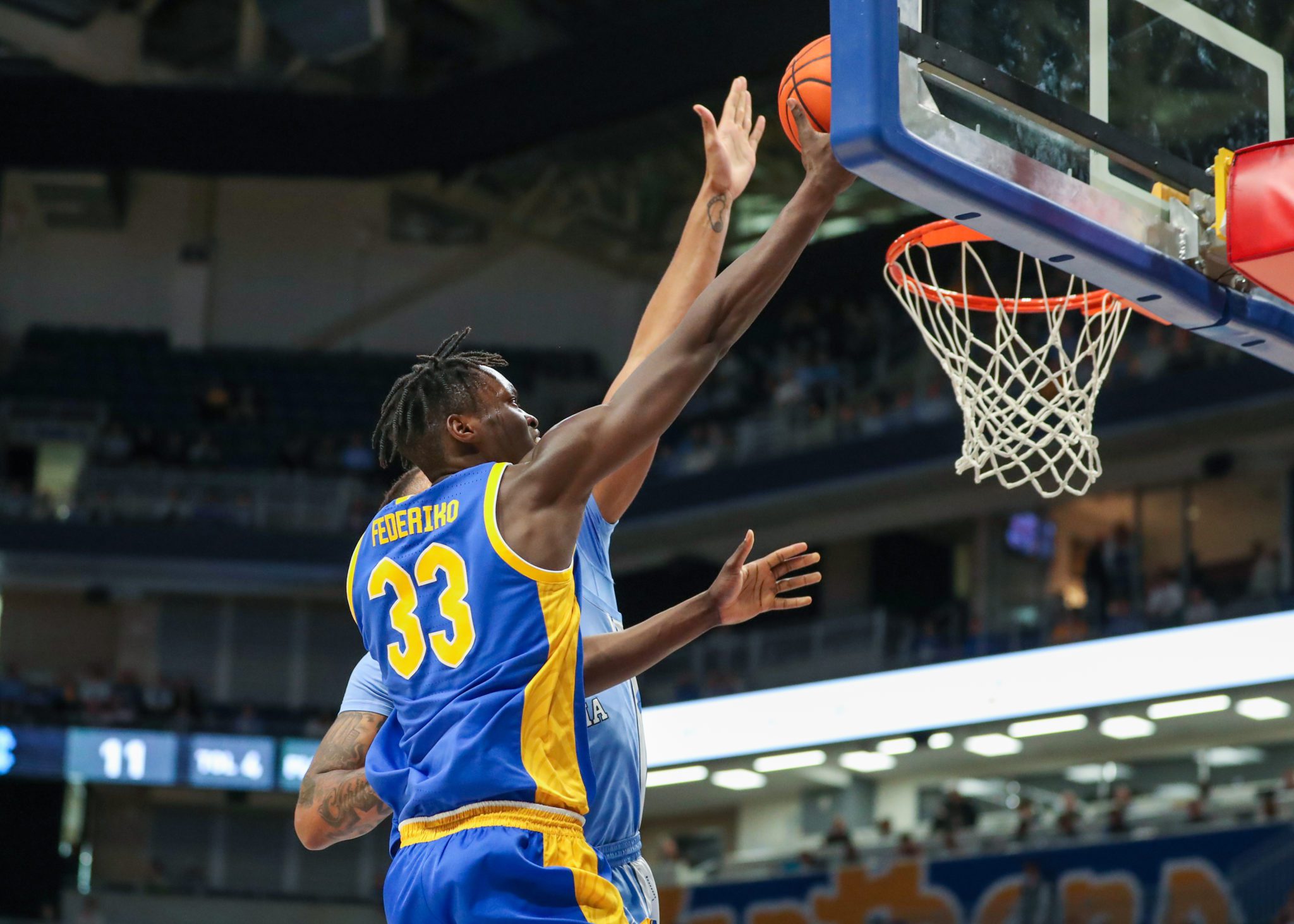 Pitt began 2023 on a high note Tuesday night,  defeating its second-straight ranked opponent at the Petersen Events Center. Winners of five in a row, Pitt hosts Clemson Saturday afternoon in a battle for first place in the Atlantic Coast Conference.

The Panthers have exceeded expectations and taken off like a hawk swooping down to feast on ranked opponents. After defeating No. 25 North Carolina last Friday and No. 11 Virginia on Tuesday, Pitt owns a spot in Joe Lunardi’s latest NCAA Tournament Bracketology for ESPN. The bid would mark Pitt’s first appearance in the big dance since 2015-16, losing to Wisconsin, 47-43 as a No. 10 seed.

Pitt owns the longest overall winning streak in the conference at five and is projected as a No. 11 seed by Lunardi. The Panthers would battle No. 6 Marquette in Denver, Colorado.

March Madness is still a ways away but the Panthers are undoubtedly off to their best start in the Jeff Capel era. Closing out tight wins in the final moments against UNC and Virginia has rejuvenated the program and lighted the fuse for belief in Pitt basketball again.

PITT BASKETBALL IS BACK

Performances at the Pete

The Panthers have played terrific basketball at home this season. Pitt is 8-1 inside the Pete, only losing to West Virginia in the Backyard Brawl on Nov. 11. That Panther team has come a long way since, winning nine of their last 10.

Jeff Capel’s team is averaging 75.3 points per game and tied for 87th in the country making 8.7 three-point field goals per contest. Led by Blake Hinson, Federiko Federiko, and others, Pitt has become one of the best rebounding teams in the country. Averaging 36.2 rebounds, the Panthers are on a pace of four boards per game more than Clemson.

Roar of the Tiger

The Tigers display one of the best shooting teams in college basketball and take care of the ball. They make 8.5 threes per game, are tied for 15th in three-point field goal percentage (38.8%), tied for 10th in free-throw percentage (78.7%), and tied for 28th in true-shooting percentage (58.7%).

Pitt is favored by 2.5 points in Saturday’s latest odds, according to DraftKings Sportsbook.

The Panthers are 11-3-1 ATS this year, according to Covers.com, and have dominated covering the spread. Pitt covered the past 10 games in a row against Fairleigh Dickinson, William & Mary, Northwestern, NC State, Vanderbilt, Sacred Heart, North Florida, Syracuse. North Carolina, and Virginia. A new team continues to be added to the list each contest. The Tigers are 8-7 ATS and the over has been reached in nine opportunities.

The Pitt-Clemson matchup will air on ESPN2 beginning at 4 p.m. Doug Sherman and Tim McCormick have the call from the Pete. The game will also air live on sports radio 93.7 The Fan.