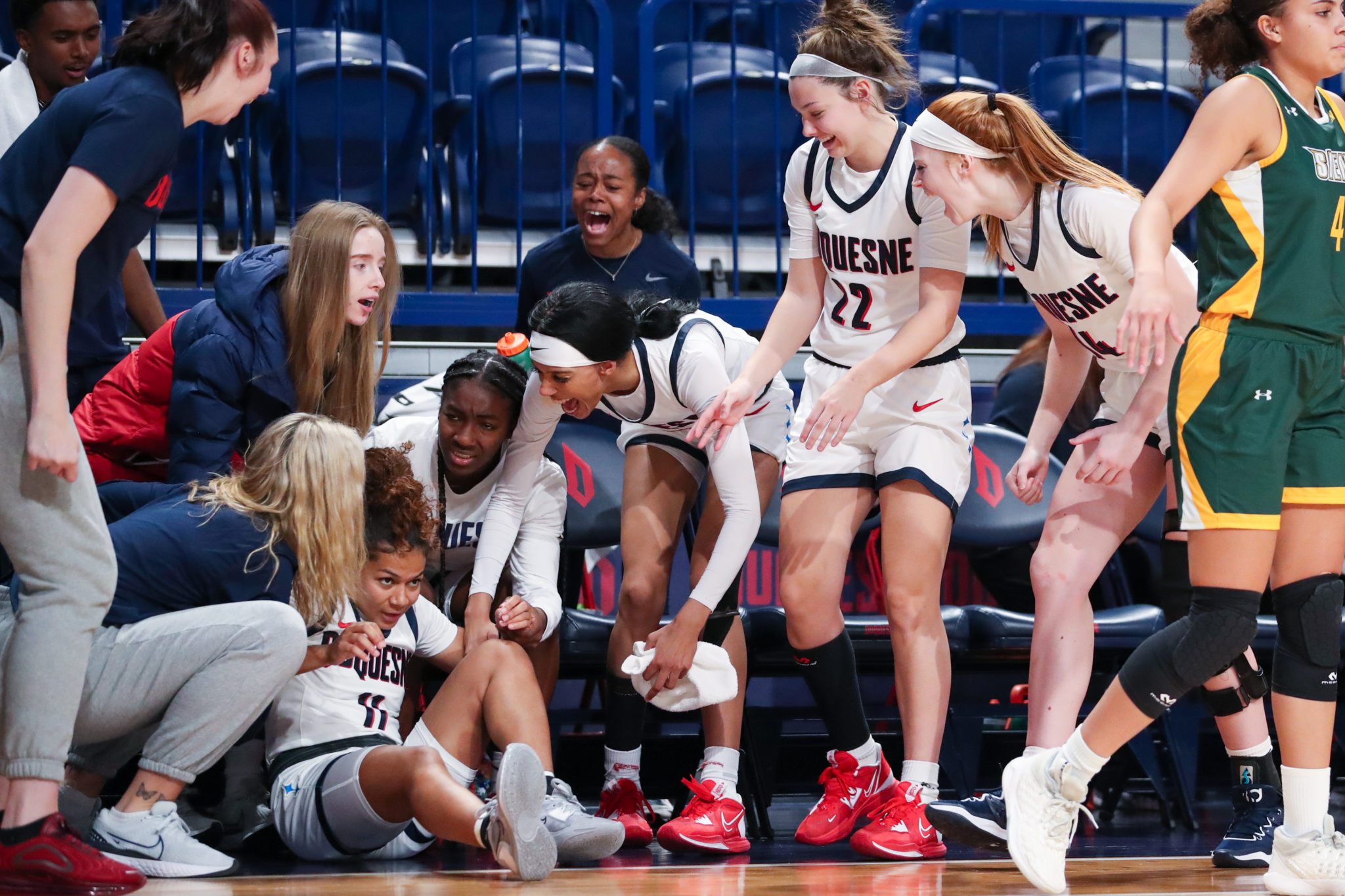 Duquesne used an incredible second quarter to kickstart a strong shooting effort as they later cruised past Dayton, 87-79.

Both teams started off strong and appeared evenly match despite different playing styles out of the gate. A 6-6 score in the game’s first few minutes with Duquesne hitting a pair of three-pointers while Dayton successfully attacked down low kicked things off.

At that score though, the quarter would turn for Duquesne as the they committed three turnovers to allow Dayton to snag the lead on a 10-2 run. Duquesne would score the next six points to cut the lead to four at 18-14, but this led to a Dayton tear to end the quarter.

In the last two minutes of the quarter Duquesne turned the ball over twice as Dayton went on a 12-2 run to close the first quarter with a commanding early lead at 30-16.

That lead would grow to 19 before Duquesne took things over. Down 39-20 with 6:40 left in the first half, a click switched for Duquesne.

In the remainder of the second quarter they forced four turnovers and significantly cut the lead from 19 to just three points as they outscored Dayton 19-3 in that time frame to trail at halftime 42-39.

During that stretch Duquesne shot an incredible 9-for-11 from the field. It changed the entirety of the game, and set things up for a great shooting performance from Duquesne.

Duquesne would get the lead officially midway through the third quarter on a three-pointer by Tess Myers to make things 48-46. This was the last lead change of the game as Duquesne’s lead quickly grew from two points to 15 and later settling at 12 by the end of the third quarter at 64-52.

Dayton would cut into the lead a few times in the fourth, but the margin never got closer than seven. The incredible night shooting ended with an 87-79 victory for Duquesne.

Duquesne’s night from the floor was nothing short of spectacular. They made slightly more than 50% of their shots (33-for-65) and went 9-for-23 (39.8%) from three-point range. Six Duquesne players scored at least 10 points and were led by Tess Myers (23 points) who was 7-for-12 overall and 5-for-8 from three-point range.

Duquesne will return home to face Massachusetts in their next game on January 29th at 2:00 p.m.

Related Topics:Duquesne Women's Basketball
Up Next