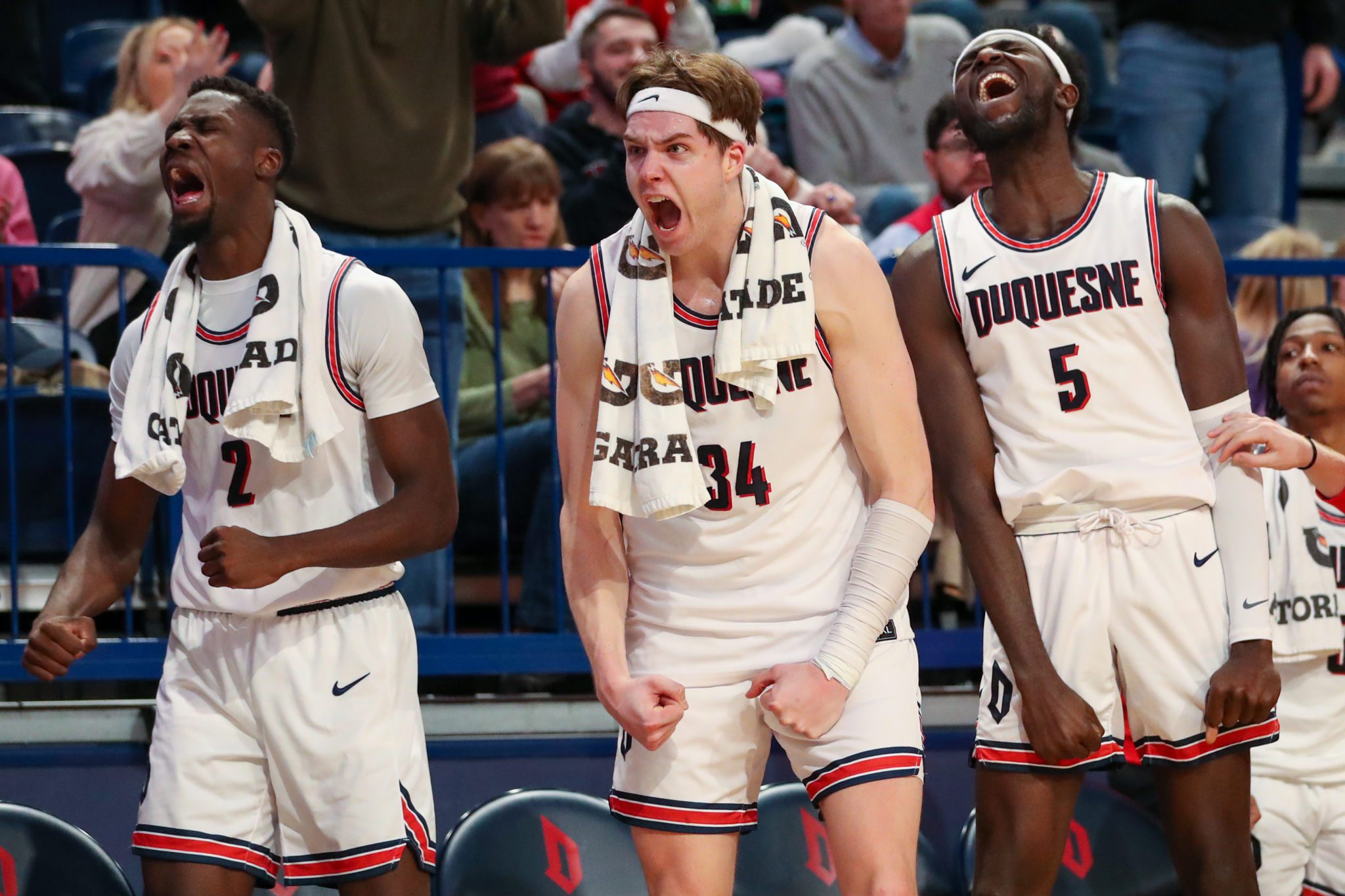 For the 20th time in the Keith Dambrot era, the Duquesne Men’s Basketball Team came back after trailing by double digits, this time 72-58 Wednesday night against Loyola Chicago at the UPMC Cooper Fieldhouse.

After the game, Dambrot and both Tevin Brewer and Austin Rotroff spoke to reporters.

Inside the Dukes: Bringing It Back