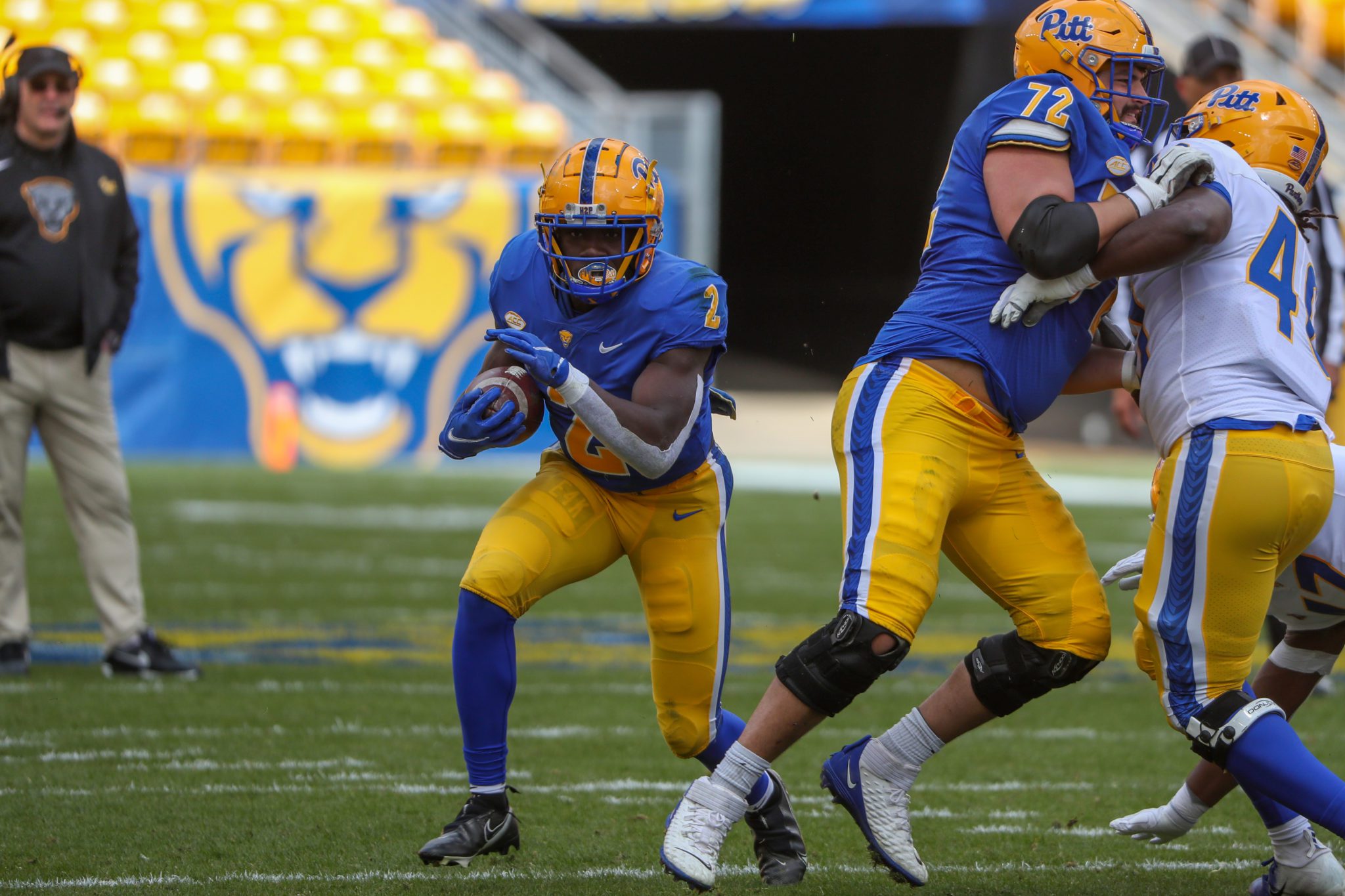 Tuesday’s practice down at the UPMC Rooney Sports Complex wasn’t what head coach Pat Narduzzi wanted. It certainly didn’t leave Narduzzi happy. It was slow, sloppy and everything he preaches against. So, of course, Wednesday’s practice was the opposite.

There’s an expectation, especially with veteran units across nearly every roster spot, when it comes to Pitt football. After all, as reigning ACC champions, it begins in practice. So, when practice isn’t what’s expected, the opportunity for improvement is right there.

The good teams take that opportunity, and Pitt certainly did during Wednesday’s indoor practice on the South Side.

Wednesday’s practice was much better. It looked very good just watching the drills available to the media.

It came down to focus, and when it comes down to the younger players on Pitt’s roster — the 18, 19 and 20-year-olds — to focus, it can be challenging at times.

“Sometimes you get that great focus day on a Saturday for a game, and then all of a sudden Tuesday isn’t such a great focus day,” Narduzzi said. “We’ve got to learn and teach them how to focus every day. So, just teach them how to do that, and yesterday’s focus, you could just see it in the penalties. I just compared penalties from the one day to yesterday, and it was like night and day, and that comes down to focus.”

Pitt’s roster features a lot of older veterans, players like Deslin Alexandre, Carter Warren, Habakkuk Baldonado, Erick Hallett, Jared Wayne, etc., but it also features a healthy dose of youngsters and players who have just transferred into the system.

There will be challenges adapting to a new roster, and while days like Tuesday will happen, the bounce backs will be even more important — and it’s clear Pitt has worked on bouncing back.

Dayon Hayes has all the tools. He’s big and strong and fast at 6-foot-3, 265 pounds, and he features a skill set that will pose problems for every single offensive lineman in the ACC.

However, he’s still, according to Narduzzi and defensive line coach Charlie Partridge, working on his consistency. The sky is the limit, and that top limit can be attainted with a continued approach to consistency.

“Consistency is the main ingredient,” Narduzzi said. “Everybody can flash for a play. There’s not one player out there that hasn’t had a play where you go, ‘Wow.’ But can they do it everyday? Can they get to meetings everyday early where they’re getting extra work? It just comes down to consistency. We preach it daily as far as what we want out of these guys, and Dayon’s got — he shows more than one play, put it that way. A lot more. Dayon’s going to play a lot of football for us. But we just want it to be more consistent because it hurts your teammates when you’re not.”

If there’s anyone on the entire roster with a sky-high potential, it’s Hayes. He’s spoken about his efforts to improve his consistency since the end of last season, and while he still may have some room to grow, his approach off the field — studying film religiously — is encouraging.

I’d expect a massive season from Hayes in 2022.

That’s pretty good. With Israel Abanikanda and Rodney Hammond Jr. and Vincent Davis and Daniel Carter and C’Bo Flemister, there are a lot options. But Abanikanda and Hammond are both capable of 1,00-yard seasons this year — together. It’s a very deep room but a very talented room.

Abanikanda is perhaps the most underrated running back in the ACC, and if he’s able to stay healthy, the sky is the limit. Hammond is more than capable backup, and Davis will get his reps this season. It’s a deep, talented group that’s waiting for a bell-cow.

‘This Looks like an NFL Team’: A Trip to Pittsburgh Shows ACC Network New Side of Pitt Football

Davis and Hammond are overrated. Carter and Izzy each can get 1,000 yards. Cater can be the next Connors if given the chance