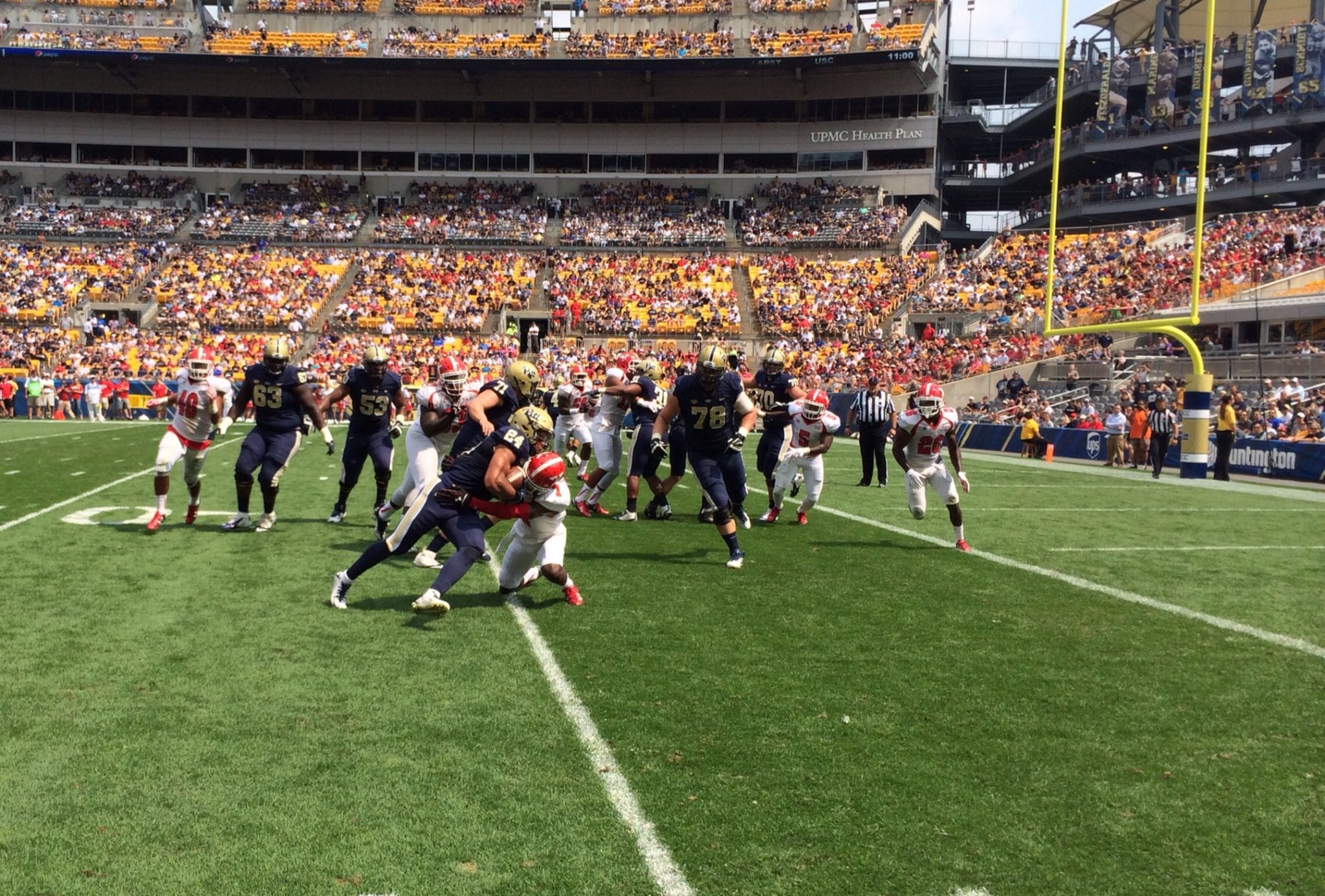 We’ve all become too familiar with the notion of “the bad news dump.”

You know the public relations tactic. When your team, business, organization, candidate, etc has something negative to announce, try to bury it on a busy news day or a holiday weekend when no one is paying attention.

Those things are scripted. Timed on purpose.

You should never have a “good news dump” though. When there’s something great to announce, you always want the spotlight to yourself. But in either case, sometimes you can’t entirely choose the moment to break the news. Sometimes the moment chooses you.

Such was the case with James Conner last week. The Pitt running back got the thumbs up last Monday that he was cancer free after a six month battle with Stage 2A Hodgkin lymphoma. His doctors say he is in complete remission. And he couldn’t wait to tweet the news so all those who had expressed concern for him over recent months, could stop fretting on his behalf.

It’s a story that deserved more attention. Based on the description of medical results, Conner did to cancer what the Penguins did to the Rangers to open the Stanley Cup playoffs. He blew it out. He boat raced it. Conner 100 Cancer 0.

But while Conner was tweeting out the clean diagnosis, the Pens were trying to stave off elimination against Tampa as game six was about to begin. Pirates fans were worried if Ryan Vogelsong was going to be able to see again after getting beaned in the face. And Tony LaRussa was busy busting into broadcast booths. So Conner probably didn’t get the slice of the public limelight his feel good story should’ve deserved.

Not “deserved” because he’s beaten cancer, mind you. “Deserved” because of how he went about doing it. How he refused offers of individual treatment facilities because he felt his presence as a public figure may positively impact and motivate others who were also being treated. How he showed up at 7:30 in the morning at a charity fundraiser as a thank you favor for his doctor (Stanley Marks, Chairman UPMC CANCER CENTER) less than 24 hours removed from the news of his remission. How he dismissed the notion of relaxing after the remission diagnosis because more time would be lost before training camp begins.

“He had fight and spirit. Handled things remarkably well. Never complained,” said Marks. “Throughout his treatments he would walk around and talk to other patients and give them hope and inspiration. Just…really remarkable.”

To be honest, Conner wants the attention too. Not for accolades or pats on the back. He’s gotten the phones calls and tweets from Mario Lemieux, Mike Tomlin, other NFL coaches, his college football peers. That’s not what he’s going for.

“With my status (being an All American RB  at Pitt), I get this attention. But I like being in this light. I love helping others. So this is an opportunity for me to give hope. The first pitch at the Pirate’s game. Being on the ‘Ellen’ show. The platform I have been put on has been a great opportunity for me to help and motivate others.”

Conner will have no restrictions moving forward. Once the wound heals after the port is removed from his chest, he’ll be able to practice at full speed. Marks says there will be routine check ups over the next two years. If a recurrence of the disease should transpire, it’d likely happen in that time frame. Short of that, Conner will have likely won his battle vs. cancer.

But he likely won’t feel as if the comeback is complete until he scores a touchdown in a Pitt uniform again. And if anyone else wants to see this story get the attention it warrants, picture that happening on September 10th at Heinz Field against Penn State. At that moment nothing will be burying that good news item.

Will We Ever See Pitt Win Another Championship?

Ready for a Run?