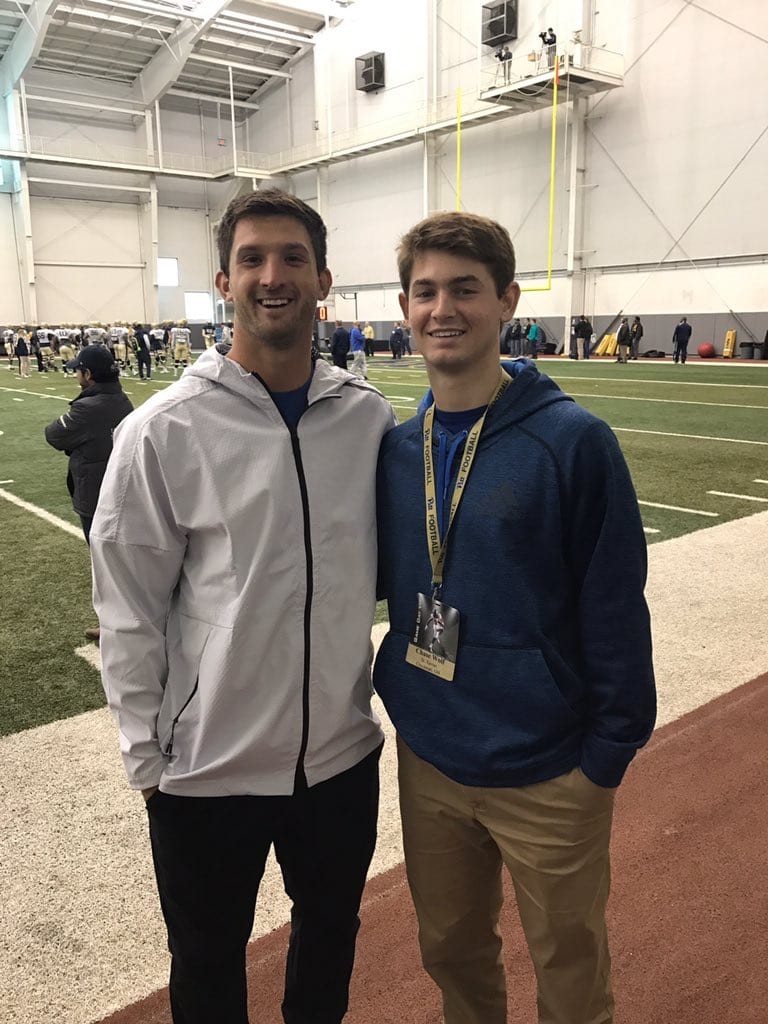 Cincinnati quarterback Chase Wolf is in the process of evaluating a number of schools that have offered him a scholarship.

Pitt is one of those schools and Saturday Wolf made his first visit to Pittsburgh to talk with Pat Narduzzi and Shawn Watson.

Wolf was only here for a day but was able to squeeze a lot into the visit.

“When I got there I got a tour of the facilities, got to sit in the quarterback meeting with Coach Watson, I then watched practice, after that I ate lunch with Coach Narduzzi and my parents and Thomas MacVittie, I then took a tour of the campus with some other recruits and then I went back and had a long talk with Coach Watson and that was the day. I had a great time,” said Wolf.

Prior to the trip, Wolf told me that he wanted to get to Pitt so that he could get a better feeling for the program and start to get to really know the coaches. Following this weekend, Wolf felt he accomplished that.

“Definitely, prior to my visit, I heard that Coach Narduzzi was very enthusiastic and I found out that’s an understatement. When I got to watch him during practice, I feel the excitement and enthusiasm he brings it’s inspiring to others. You can tell this program means a lot to him, it’s good to see how much he cares about the team.

Wolf wasn’t the only ones to enjoy the day.

“My parents loved it, they loved it,” said Wolf.

Wolf is one of a few quarterbacks that Pitt is recruiting so I asked him where Pitt stands with him and does he have a timetable for a decision.

“Pitt was great and the uncle really helped themselves this weekend. But, I’d still like to compare some other program to them. I have five upcoming trips planned and we’ll see how those go which will help me make my decision.”