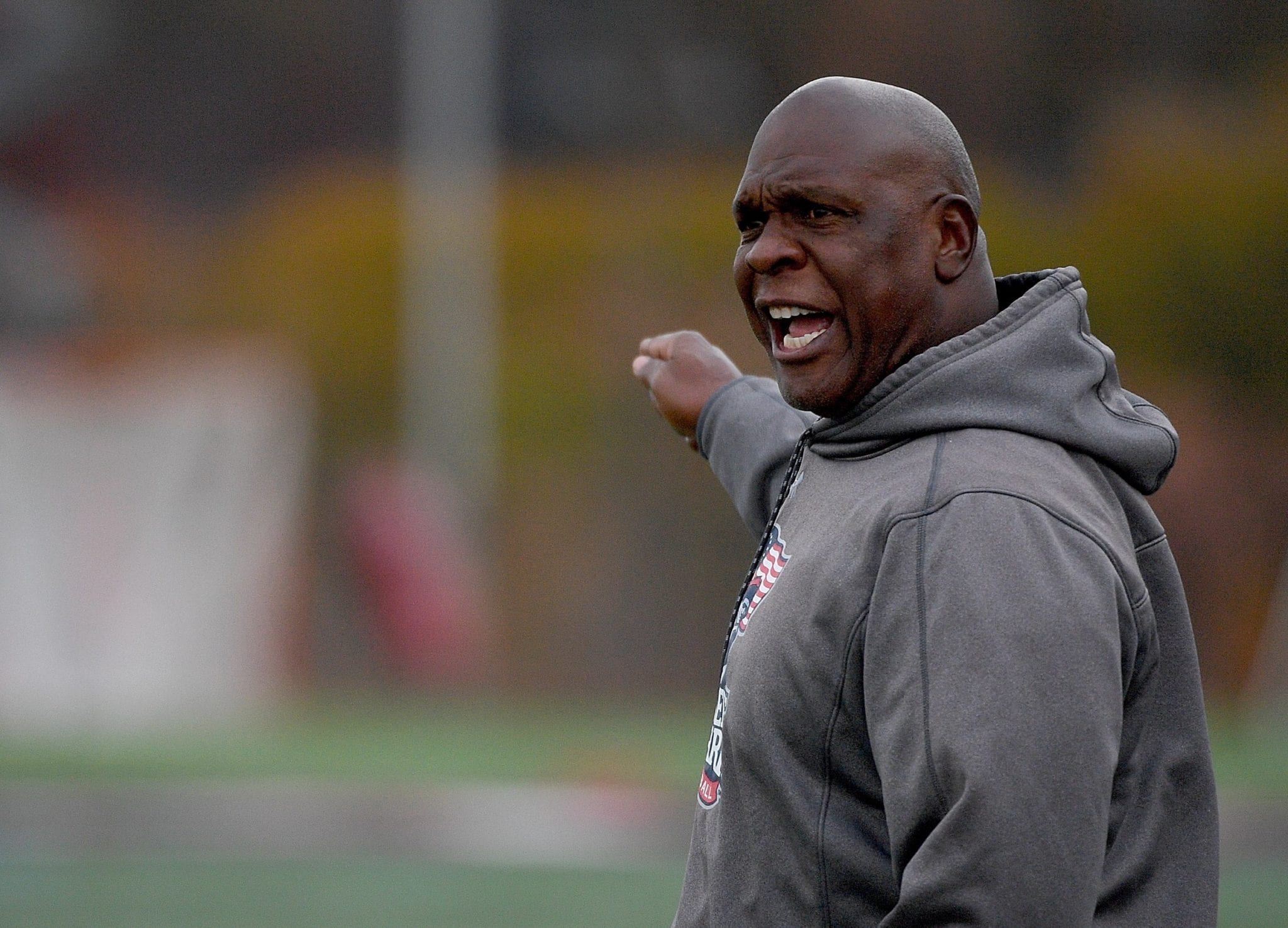 When the Duquesne Dukes beat the Robert Morris Colonials 48-24 last season, it was clear that the Dukes were in a different class than the Colonials, despite the two being in the same area, and conference. Duquesne had built a foundation of winning with six conference titles since 2011, and has held the edge over Robert Morris head-to-head in six straight matchups.

It took head coach Bernard Clark just one season, but that 48-24 loss flipped completely in a 41-21 win that showed that Robert Morris is ready to make that leap to being a true cross town rival to the Dukes.

“It is only a rivalry when you start winning games,” laughed Clark.

The Colonials were a team that was 22-60 since 2010, the last year they had a winning season. That includes going 12-39 in the conference. A 2-9 season and 0-6 mark in conference play for the first year of Clark is also included. Now, they are 5-0 in conference play, and are one win away from their first conference championship since 2010.

It took just one season, but the feeling around Robert Morris is not that they are getting hot at the right time. The belief is that they going to be a program that will be competing with the likes of Duquesne for years to come.

“I see it in the team,” said Mason Gray, a redshirt senior transfer from Albany “I see it the way we are practicing, we are striving to do better each week and each play.”

A defense that allowed 43.5 points per game last season is allowing just 24.4. They have gone from allowing 7.2 yards per play to 4.9. They have trailed at the half in four of their conference wins and pulled each one out. Even their special teams is getting involved with a recovered onside kick early into the game and a blocked kick before the half against Duquesne.

“They’ve done a good job,” Duquesne head coach Jerry Schmitt noted of the program’s growth. “In his second year he has his system in and now his guys are starting to play fast. You knew they were going to play hard for (Clark), and they have great coordinators. I knew it wouldn’t take long until they were playing better.”

Still, Clark is not ready to declare that his team is back. In fact, he is just happy to note that his seniors are ensured that they will not go out on a losing season. Clark continues to keep his one play at a time state of mind, and his team has clearly bought in.

“He’s not going to sugar coat anything,” Gray raved of his new coach. “He is going to give it to you raw, and he is real and we like that. He is like a father figure for everybody.”

With the win against the Dukes, Robert Morris is one win away from turning a 12-game conference losing streak into a conference title, and the win that propelled them into that situation is defending conference champions who just so happen to be a cross town rival. This was just one win, but the meaning of it was more. What has hardly been a rivalry in this area feels restored.