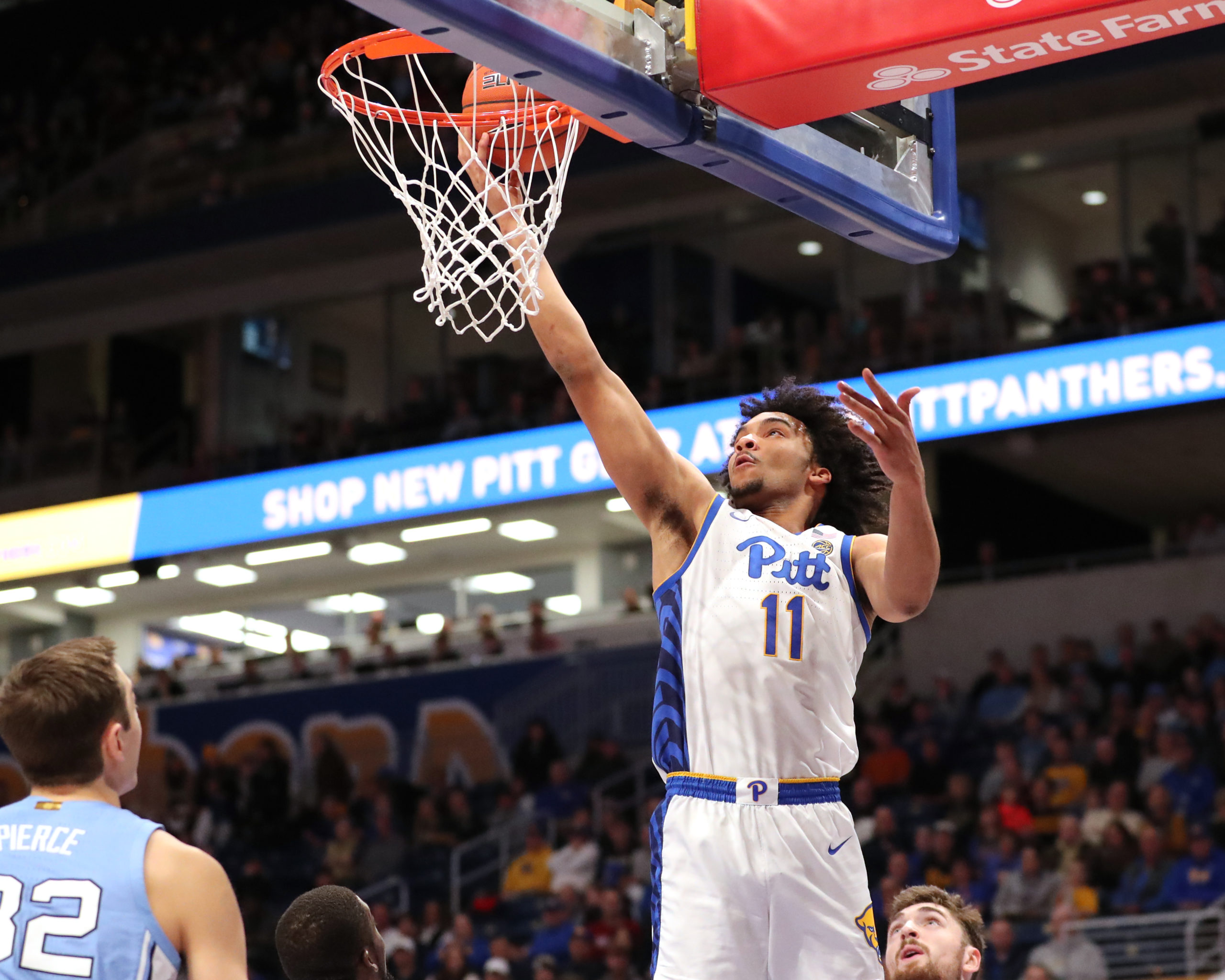 Justin Champagnie might have been a name that basketball fans throughout the ACC conference were unfamiliar with at the start of the season but that’s not the case anymore as the Pitt freshman has been named the conference Freshman of the Week for the second time this season.

The New York native joins Trey McGowens as the only Pitt freshman to win that award multiple times.

In games against Notre Dame and Georgia Tech, Champagnie averaged 25 points and 10 rebounds per game and shot 54.1 (20-of-37) from the field.

In the Panthers latest win over Georgia Tech, Champagnie was a dominant force scoring a career-high 30 points, going 12-17 from the field, 3-of-4 from three-point range and grabbed 9 rebounds. According to the Pitt media department, Champagnie’s 12 made field goals was tied for the second most in a game by a Pitt freshman.

Champagnie (12.6) narrowly trails McGowens (12.9) as the Panthers leading scorer for the season and is the teams leading rebounder with 7.3 per game. In terms of his conference rankings as a freshman, Champagnie is tied for 4th in scoring and 3rd in rebounding.

Pitt returns to the court on Wednesday night as they host Clemson at the Peterson Events Center.