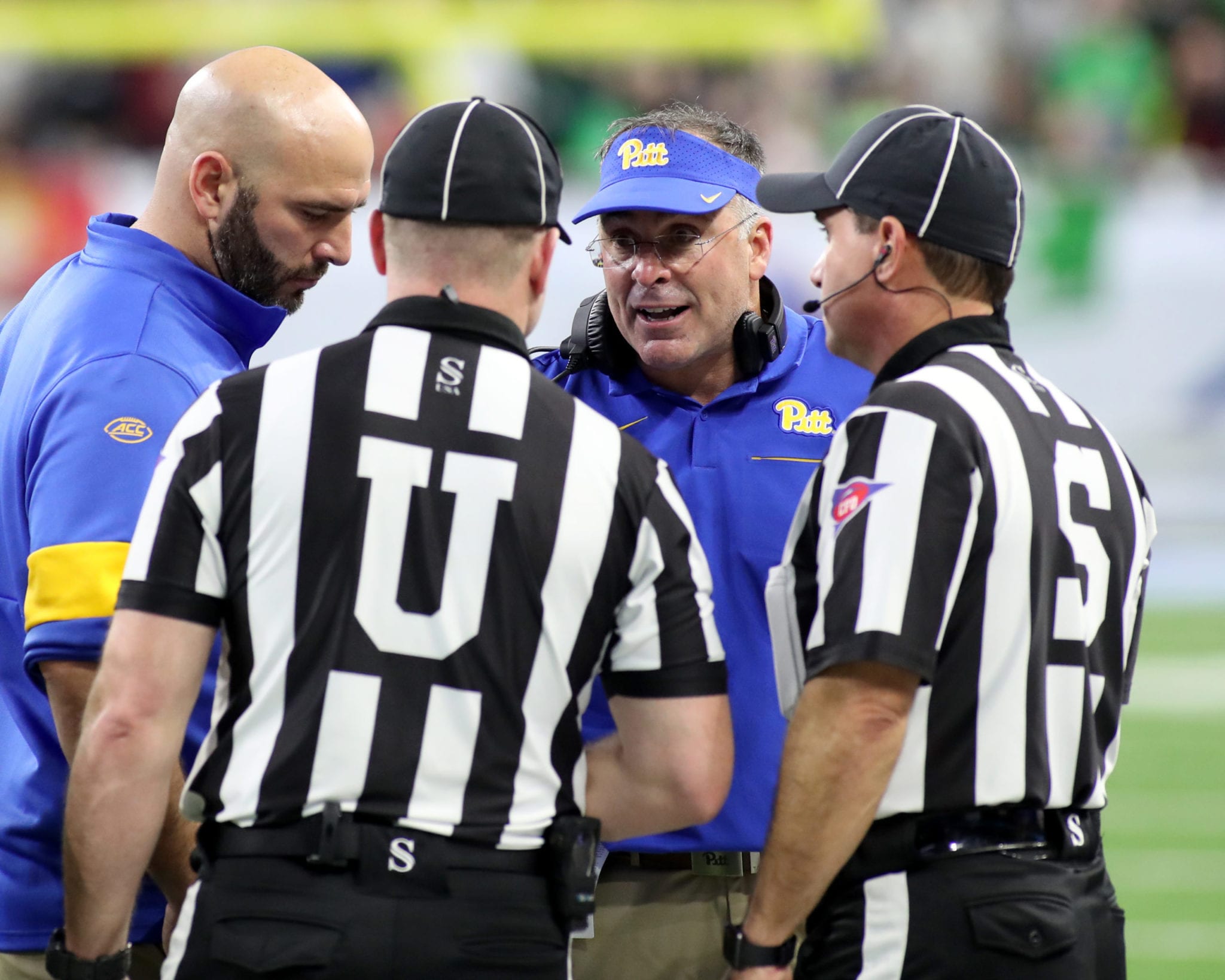 Players penalized for targeting will be allowed to stay on the sidelines, replays should take less than two minutes and some minor uniform number changes are the majors changes to the college football rules coming in 2020.

Since the targeting rule was implement in 2013, ejected players have had to leave the playing surface. Pitt fans will recall Paris Ford’s lengthy walk to the distant visitor’s locker room at Duke last season.

All other aspects of the targeting rule will remain the same as they were in the 2019 season.

Two minor changes were made to the instant replay process. One is that referees have now been give a two-minute target time for completing reviews, though “reviews that are exceptionally complicated or involve end-of-game issues should be completed as efficiently as possible without a stated time limit.”

Replays that involve an end-of-half scenario with a running clock will not put time back on the clock, unless at least three seconds remain on the clock at the time the previous play was blown dead. This rule will prevent teams that benefit from a replay review also benefitting from the extra clock stoppage.

As before, all players with duplicate numbers must play different positions and may not be on the field at the same time. The change was made to reduce confusion for opposing teams. Pitt only has one uniform number issued in triplicate this spring. No. 8 was worn by quarterback Kenny Pickett, safety John Petrishen and defensive tackle Calijah Kancey.

In repose to the continued demand for single-digit numbers, the NCAA will now allow No. 0 as a wearable option.

Players will also have to be identified by number in all on-field pregame warmups up to 90 minutes before kickoff, and accompanied by coaches, as the time period where officials are responsible for the game has been increased from 60 to 90 minutes, to reduce and to allow for better officiating of pregame incidents.