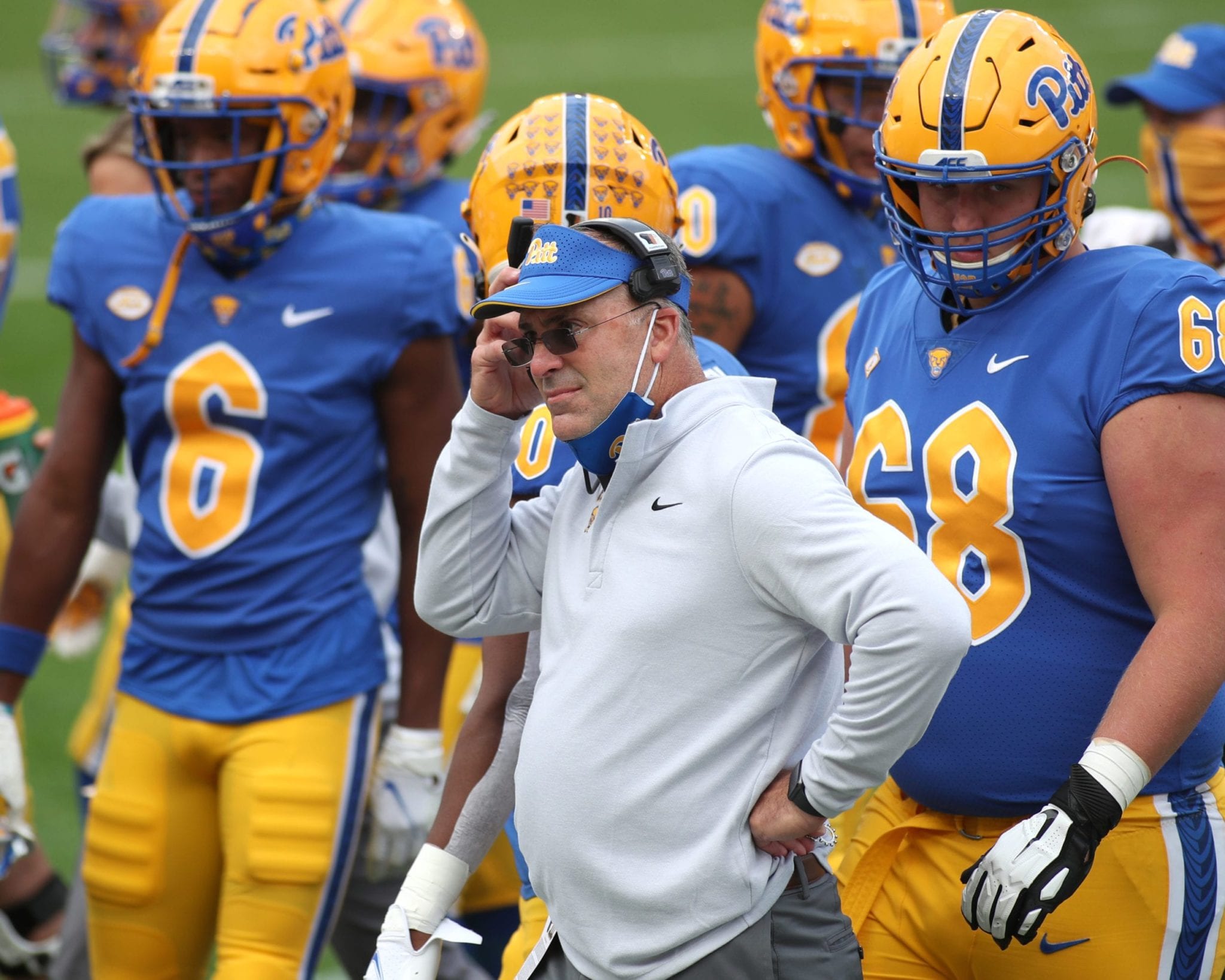 The performance and outcome in Saturday’s game against NC State is why Pitt fans came up with the term “Pitting”.

Pat Narduzzi’s team came into Saturday ranked No. 24 in the AP Top 25 Poll, on the receiving end of myriad praise from the national press over their defense and, perhaps most importantly, Pitt fans were getting excited and starting to believe in the team.

Considering they were double-digit favorites and had never lost such a game under Narduzzi (going 9-0) Saturday was a lock, right?

Unfortunately, as Panthers fans have known far too well over the last 35 years, nothing is a lock for the Pitt football program, except continued disappointment and a refusal to rise to the moment.

Pitt hasn’t cracked the Top 20 in either the AP or Coaches Poll during the Narduzzi era (68 games and counting) and likely won’t do it again this season after a head-scratching and embarrassing 30-29 loss to NC State.

One of the few things that I could agree with what Narduzzi said in his postgame press conference was when he said they lost on Saturday was that they lost as a team and there was plenty of blame to go around. Maybe the only two players that I’d shield from criticism are Kenny Pickett and DJ Turner.

As a side note, considering the hand he’s been dealt with in terms of a non-existent running game, Pitt fans need to appreciate Pickett instead of always looking for his warts. I can only imagine how good he would’ve been with someone like James Conner in his backfield.

But back to the day’s debacle.

From the penalties (13 for 125 yards), to the play calling, to the execution, especially on 3rd down, to the lack of pass rush, to the drops and most importantly, the defense’s failure to end the game after their offense gave them a lead with a little over a minute. To borrow a line from the great Chuck Noll, “the problems were many and they were great.”

Narduzzi referred to Saturday’s bout with the Wolfpack as a “hell of a ballgame.” Wrong coach, it was a hell of a disappointing game and another example of why the Pitt program never receives the benefit of the doubt with their fans and fail to get respect with both the local and national media. A really good team comes out and realizing the opportunity ahead of them and beats this average NC State team by something at least approaching what the experts in Las Vegas had them winning the game by.

Maybe they were spending too much time worrying and talking about dropping in the AP rankings following last weeks win over Louisville or looking ahead to possibly being 4-0 with upcoming games against Boston College, Notre Dame and Miami (Fla).

Whatever the reason, it’s an excuse and a complete letdown for the program, something that’s turning into a trend under Narduzzi.

Since 1982, Pitt has managed only three seasons with more than eight wins. That’s the sign of an average program and considering the upcoming schedule (Notre Dame, Miami, Virginia Tech, Florida State, Clemson), it looks to be another year that they’ll fail to reach that elusive nine-plus win mark.

The season is far from over and with the talent that exists on the roster, they’ll have plenty of chances to earn big wins over ranked teams. But what in the last 37 years or better yet, under Narduzzi leads you to realistically believe this will be anything but another six or seven win season?

The answer is nothing.

We’re five and a half years into the Narduzzi era and maybe this is all Pitt fans can really expect. Win most, if not all of the easy non-conference games, split against the average conference games and once in a while pull off an upset.

The one thing you can count on is for them to turn in a “Pitting” performance like the game today against NC State.

You nailed every point Mike!

The offsides were pathetic.
The OL is awful.
This great DL did nothing.
And #14 is not a D-1 corner. Every PI called on him was deserved.
The head coach did not have this team ready.

What’s sad is that I was expecting this result after the first quarter – we Pitt fans just know – and rarely are we wrong.

I think that measuring this season on win count is short sided. With the lack of 3 easier non conference games and the incredibly difficult schedule 7 wins this year is more like 9 in a non pandemic year.

Let’s see if the penalties and run game improve against BC. That team is also a solid team (just lost a close on the NC) it is shaping up to a similar game to NC State

I bet you were not trashing Williams when he picked off the deep ball against Louisville.

You are right he is a little raw with not much playing time. It is hard to simulate going against a 6’5 dominate receiver in practice. And oh yea he was only supposed to be in nickle and dime packages this year cuz Mathis got hurt.

NC St. was using 3rd and 4th string db”s all day due to injury.. This defensive will not work too many blown assignments too predictable. Asking kids to play man when most Pro teams can”t is stupid. Mix coverages, blitz a corner now and then and make better on game adjustments.

every PI was deserved? You may be the dumbest person alive…

#14 is NOT our problem, he’s a freshman and usually in position, but he just needs to look for the ball. Our scheme is the problem! Not sure where our LBs and safeties are in coverage. They are never helping on the intended receiver. Our running game has one play, up the middle. What happened to jet sweeps or even running the ball outside the tackles? And we don’t even have a TE to throw to. How did we not recruit enough TEs to be in this position? Pickett is improving, but needs a lot of help from his OL… Read more »

Did’nt the Clippers fire Doc Rivers for the very dame reasons.This is the we can expect from this program .6-6 or 7-5 year in year out.

True, but who we gonna get? It’s Pitt not USC! He’s probably the best we can get/keep. H2P

Someone with an offensive mind
That can make in game adjustments

Narduzzi’s commentary makes it seem like he is ok with mediocrity. I would really like (and expect) him to be pissed off after that game. This attitude shows why he’ll never be a championship caliber coach.

I am not ready to throw this season away. Pitt has more talent than they showed yesterday. They are not going to give up. They’ll clean up the offside penalties. Avoid the blown coverages and play hard. “Pitting” is a word invented by those who hate our program. I hate to hear it used by Pitt fans.