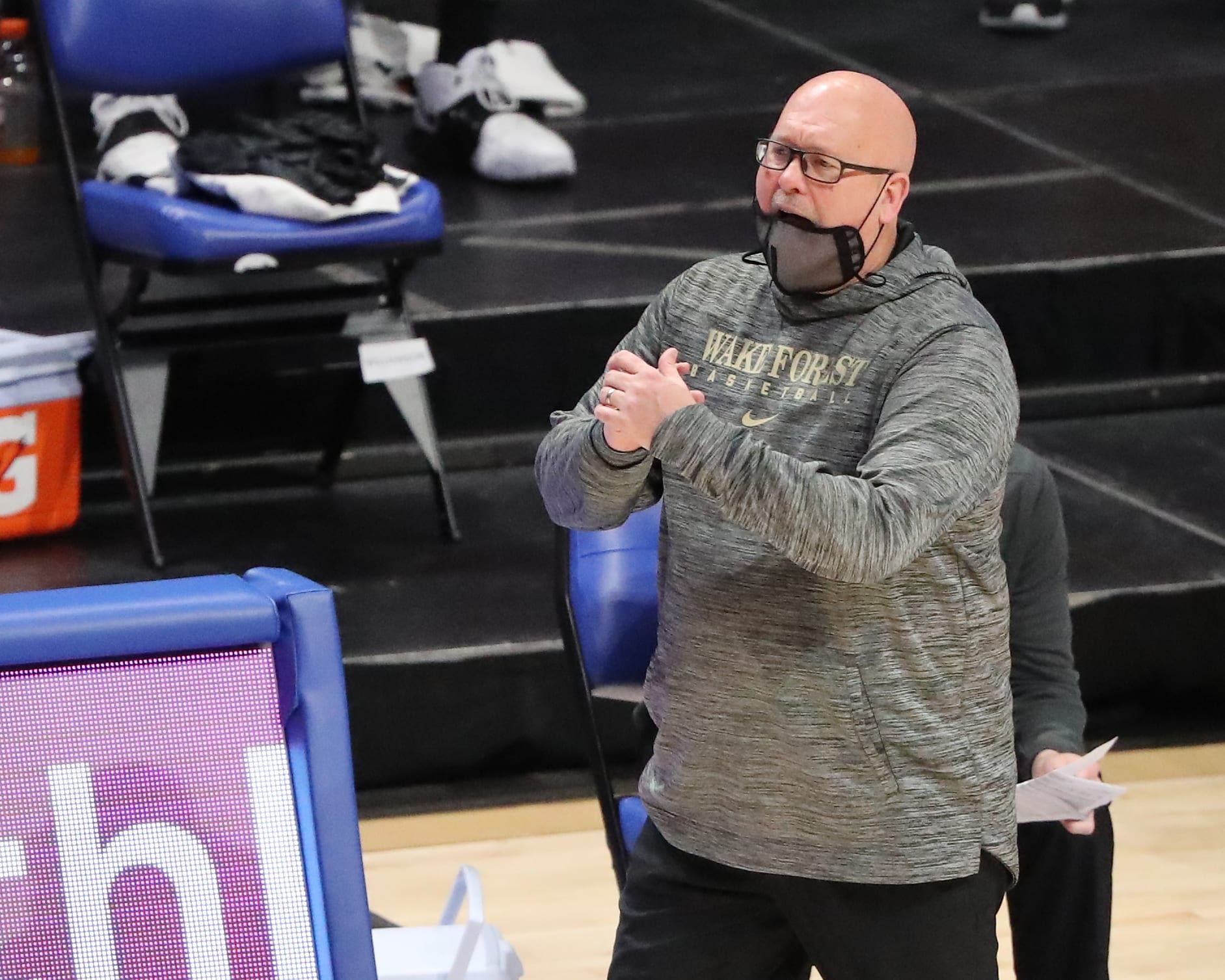 It is currently year four of the Jeff Capel era at Pitt, and the Panthers are sitting at 11-18, their worst winning percentage (.379) in all four years of Capel’s tenure.

The program that Capel took over was undoubtedly in bad shape, after Kevin Stallings led the team to an 0-18 ACC record in the 2017-18 season.

However, after four years and no winning record to show for it, how much time Capel should get to rebuild the program has been a hot topic of discussion amongst fans of the program as of late.

Here, PSN takes a look at some recent rebuilds that have been successful in the college basketball world and how long that they took to get off the ground.

In six years with Danny Manning at the helm, the Wake Forest basketball program made just one NCAA Tournament, losing in the First Four as an 11 seed in 2017.

After parting ways with Manning following the 2019-20 season, the school then hired Steve Forbes to take the reins.

Last season, the Deacons went 6-16, as well as 3-15 in ACC play. However, in Forbes’ second season with the program, he now has the Deacons at 21-8 overall, ranked in the top five of the ACC, and ready for a run in the upcoming NCAA Tournament.

After firing previous head coach John Groce, Illinois hired Brad Underwood back ahead of the 2017-18 season.

Although Underwood took over a program that was coming off of a winning season, he then led Illinois to two-straight losing seasons in the rebuilding effort. In his second year with the program, the Illini went 12-21, their worst record since 1975.

However, in the 2019-20 season, he brought Illinois back to its winning ways behind Ayo Dosunmu and company, finishing the season 21-10. Since then, Illinois has gone a combined 43-14, and is currently ranked in the top-15 in this year’s AP poll. 2, 3,

From 2008-16, Texas Tech made the NCAA Tournament just one time and went through four head coaches.

The school then hired Chris Beard to take over for the 2016-17 season and beyond, and he took the program back to national prominence in his five-year stint in Lubbock.

The Red Raiders had winning percentages as high as .730 and .816 in Beard’s five-year stint and made three NCAA Tournament appearances, including a National Championship appearance in 2019, his third year with the program.

Beard is now at Texas, while Mark Adams is leading Texas Tech.

From 2009 to 2018, Alabama appeared in just two NCAA Tournaments under Anthony Grant and Avery Johnson. The Crimson Tide then hired Nate Oats prior to the 2019-20 season.

After a 16-15 record in his first season at the helm, Oats led Alabama to a stellar 26-7 (16-2 SEC) record in his second year, leading the team to the Regional Semifinals of the NCAA Tournament.

This season, the Tide are currently 18-10, looking to make another run in March.

His first three seasons were all under .500, but certainly an improvement from the program’s 7-25 mark years prior.

Dawkins was named head coach of the Knights ahead of the 2016-17 season, replacing former coach Donnie Jones, who had just led UCF to two-straight 12-18 seasons.

Dawkins flipped the program around from day one, going 24-12 in his first year at the helm. In his six seasons, he has finished below .500 only one time, and has made the tournament once already. The Knights currently sit at 17-9 overall and 9-7 in conference play ahead of March.

McKie, a former assistant, took over the Temple program when Fran Dunphy stepped down after the 2018-19 season.

In his first two seasons, the team finished under .500, going 14-17 in his first year and 5-11 last season. This year, McKie has the Owls sitting at 15-9 with an 8-5 conference record good for fourth place in the AAC.

Neptune is still very early on in his stint as the head man at Fordham, but the turnaround he has certainly been quick.

This season, in Neptune’s first year at the helm, the Rams are currently 13-13 overall and 6-8 in conference play, which would be their best conference winning percentage in six years.

NCAA Tournament Teams Finalized for First Round in Pittsburgh

While I appreciate the exercise on sharing these turnarounds, it really isn’t needed. FOURS years have been spent and Capel has shown not one faucet of program-building that has been a success. Recruiting. Player development. In-game decision making. Culture building. Wins. He’s terrible at it all. The first few seasons Capel was full of cockiness, arrogance and rhetoric. Now I just think he’s full of something else. Like most here on this site i was super excited about his hire. He has been given the budget, resources and time to build a winning program (or at least show improvement). Instead,… Read more »

What do you mean by Capel’s politics? Please be specific.

8 examples of successful turnarounds. And then there’s Capel.

Interesting pic of schools. Fordham? If you weren’t on such a dump Capel bent, perhaps you should look at what has happened to the Big East schools that used to be always ranked. Georgetown, St.John’s UConn. Only Villanova has managed to maintain their winning ways. And I doubt that any of those schools you listed had someone of Julius caliber leave for the pros and at the same time lose at least 3 starters to the transfer portal. Pitt was not a one and done school before Capel came and with the negativity around here won’t be one anytime soon.

Who is Julius? And what about Steven Adam’s? Get your facts straight.

UConn is ranked and will be in the tournament, genius. St John’s has a reasonable shot. If they don’t make it, it will largely be as a result of the Quad 4 loss to the terrible team that Capel coaches.

St. John’s is 15-13, 7-10 in the Big East so anyone who believes that the reason they won’t make the tournament is because they lost to Pitt in December is a certified lunatic.

You people still don’t understand. If you don’t pay for your success by paying your recruits you will not get any. Pitt never pays or not enough for recruits. Thus we will never maintain any success. Until we give the bags like the blue bloods it will be like this no matter who coaches. 💰💰💰 rules.

Dixon’s winning % dropped when Pitt joined the ACC. And it dropped again when he started coaching in the Big 12.