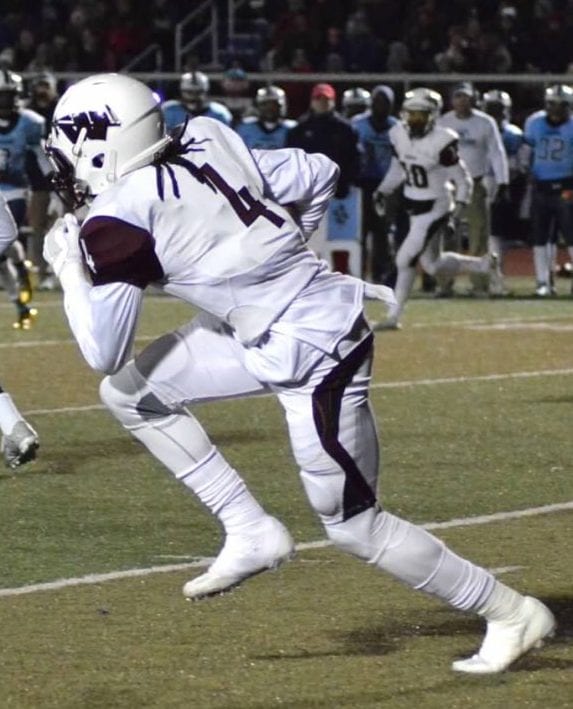 This interview is the first in a series that will focus on players taking an official visit to Pitt this upcoming weekend. Check back throughout the week for exclusive interviews with some of Pitt’s 2017 commits and targets.

The upcoming weekend will be a critical for the Pitt football program as Pat Narduzzi and staff will host a large number of talented 2017 recruits on official visits. Windsor (CT) cornerback Jason Pinnock (6-foot, 180 pounds) will be one of those coveted visitors. Pinnock up to a week ago was committed to Boston College but he recently decided to reopen his recruitment and the Panthers are hoping to solidify his services with a verbal commitment.

“I arrive in Pittsburgh on Friday. I’m looking forward to it,” stated Pinnock. “Pitt first reached out to me around the eighth week of the season. My father’s good friend played football at Indiana. His name is Benyard Jones and he’s currently coaching at Bryant University (defensive line coach). He reached out to Coach (Matt) Canada, he got my film to Pitt and Coach (Josh) Conklin really liked my film. We went from there and I started to get to know the staff.”

Pinnock brings a lot of positive attributes to the football field and it’s hard to ignore his combination of size and athleticism. “I bring the height and frame to the (cornerback) position. A lot of coaches I talk to like that about me,” he said. “I’m fast, I have a big frame, and I can jump. I jumped a 39.6 inch vertical and a 10 foot 2 inch broad jump. I’m participating in indoor track right now and I jumped a 21 foot 10.5 inch long jump. I’ve been playing football forever so I have high football IQ as well.”

Pinnock is anxious to learn more about the Pitt football program and he has been in regular communication with a number of players currently committed to the Panthers.

“I’m excited and ready for the weekend. (Pittsburgh) could be my home for the next four to five years so I want to get a feel for the city of Pittsburgh and the players,” he said. “I have been talking to a lot of the commits there. I’ve been talking with Cam Bright and Paris Ford.”

“Academics are important to me. I’ll be focusing in heavily on the academic end of things. I want to feel comfortable there as well,” he said. “I’m anxious to see the facility Pitt shares with the Steelers as well. My mother is a big Steelers fan.”

Notre Dame has recently expressed strong interest in Pinnock but they have yet to offer him a scholarship. On Monday night they offered TCU cornerback commitment Noah Daniels a scholarship, so the Irish may be moving in a new direction.