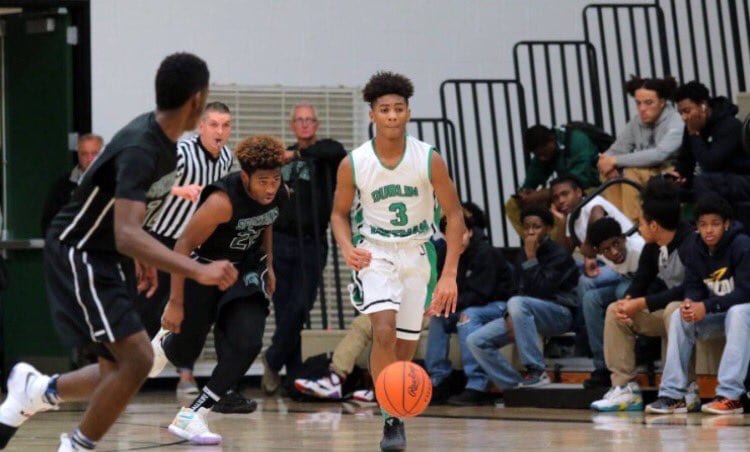 Sconnie Penn was an All-American guard and Big Ten Player of the Year for the Ohio State Buckeyes in the late 1990’s. Fast forward to 2017, Penn now has a talented son that’s receiving D-1 interest including from Keith Dambrot and the Duquesne Dukes.

Dominiq Penn (6-foot, 155 pounds) is a sophomore guard for Dublin Coffman High School in Dublin, Ohio. Yesterday, Penn received a call telling him that he’d received a scholarship from the Duquesne basketball program.

This was the third offer for Penn. He’s also received scholarship offers from Kent State and Stony Brook.

“I was very surprised. I woke up this morning (yesterday) and got a call from my coach telling me that I received an offer from Duquesne, I was very excited and really happy about it,” said Penn.

“When my coach told me about the offer, he said that the Duquesne coaches have been watching me for some time and they like all parts of my game.”

Penn tells me that he believes the strengths of his game are his ability to score, pass and that he’s a shooter.

“I look up to my dad and try to play like him and also players like Kyrie Irving and Chris Paul,” said Penn.

As far as his knowledge of Duquesne, Penn says he’s just starting to learn about them but the thing he likes most about them is head coach Keith Dambrot. He’s familiar with him from his days and success at Akron.