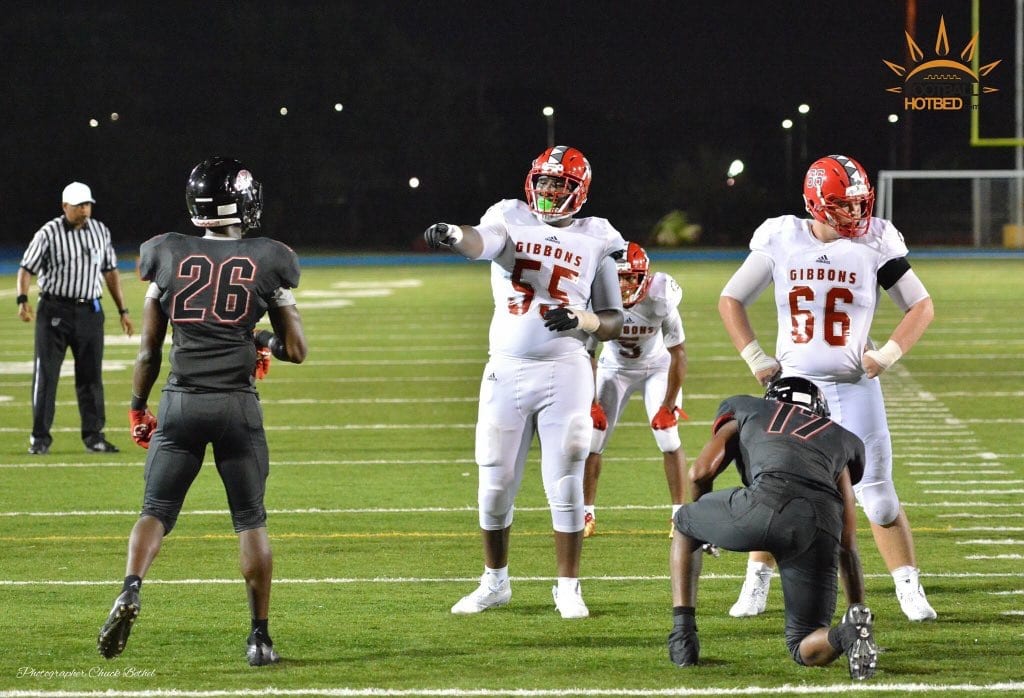 Now that college coaches are permitted to have communication with 2019 recruits, the Pitt coaching staff had been busy forming relationships with many prospective recruits.

One of these juniors is offensive lineman Jamari Williams from Cardinal Gibbons HS in Fort Lauderdale, Florida.

At this point, Pitt hasn’t offered but Williams thinks and is hoping that changes.

“In the spring, Coach Partridge was at our school actually a lot and believe that’s where I caught his attention.  After that, I started getting letters from them and then on September 1, Coach Charlie hit me up and told me they really like how I play and that they’re watching me,” said Williams.

Williams is hearing a lot and getting educated on Pitt from his teammate and current Panther 2018 commitment Marquis Williams.

“I know everyone thought he’d be committing to Wisconsin but obviously that didn’t happen. I went to his commitment party and I asked him what made him commit to Pitt and he said he loves the coaches, they have a family atmosphere and he believes he can see the field early.”

Jamari Williams believes that the strong parts of his game are his size (6-foot-4, 275 pounds) and “my movement, I don’t move like a normal offensive lineman and a lot of coaches are telling me that I’m quick on my feet,” said Williams.

Finally, we here at Pittsburgh Sports Now send our thoughts and prayers out to Williams who like everyone in the state of Florida is preparing for Hurricane Irma.

“It seems like it’s going to do a lot of damage but we’re getting ready. We’ve put the shutters up on our windows, we’ve loaded up on food and water and everything we need.”

“Now we’re just waiting and watching.  Everything now is in God’s hands.”

Key Visits This Weekend for Pitt

Pitt Loses Out on Asamoah