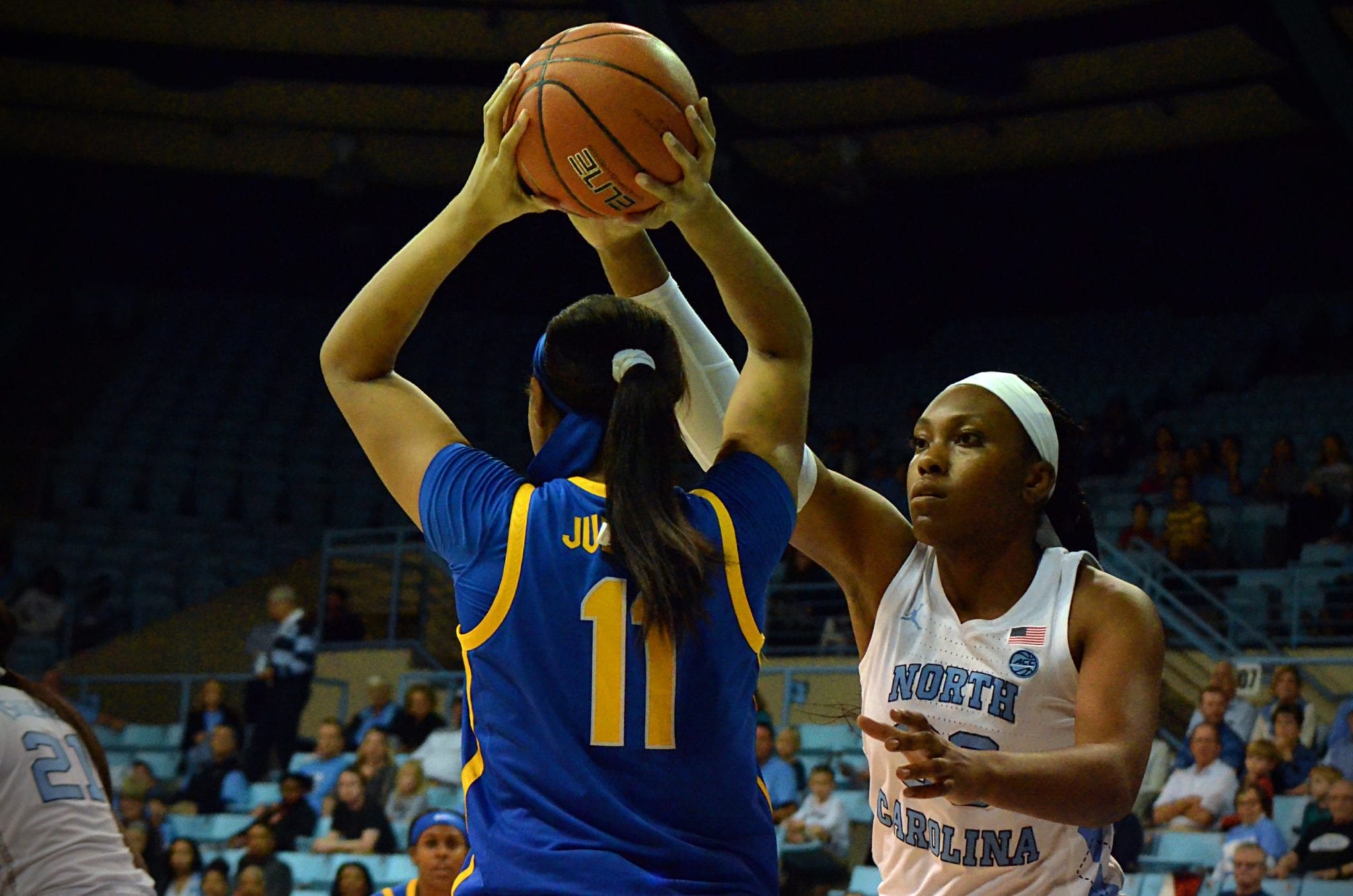 Pitt lost 70-62 Monday to UNC in front of an announced crowd of 1,852 fans in the 54-year-old gym on the Chapel Hill campus. It was the fifth straight loss for Pitt.

“Being such a young basketball team, we’re still trying to find our identity and who we are and gain that consistency,” second-year Pitt head coach Lance White said. “And there were great moments. And I think our team has to learn to extend those moments throughout the game. There are good moments and then we fall apart. So, we’ve just really got to try to eliminate those bad moments. That’s our nemesis right now.”

The Panthers (3-9; 0-1 ACC) started out strong, jumping ahead to a 10-4 lead from the opening tip. Pitt was quick and decisive in transition and were able to effectively turn the Tar Heels’ (10-2; 1-0 ACC) mistakes into points. Pitt outscored UNC 18-9 off turnovers and 13-4 on fast breaks.

UNC’s strength this season has been its play in the paint. The Tar Heels are typically at their best when they can slow the game down and score from the post, using either Taylor Koenen, Janelle Bailey or Malu Tshitenge — all of whom are over 6-foot-2.

While Panthers’ freshman Amber Brown was able to overcome the size disadvantage to grab a career-high 13 rebounds, much of the rest of Pitt’s roster couldn’t. Koenen, Bailey and Tshitenge wound up combining for 35 points and 26 rebounds, helping UNC win the battle on the boards by eight.

Pitt led briefly in the second quarter by a single point after a 7-2 run spearheaded by Aysia Bugg, but UNC grabbed the lead back quickly and never let it go. The Tar Heels led by as many as 17 points midway through the fourth quarter.

The Panthers’ defense kept it in the game. They forced the Tar Heels into 15 turnovers and held them below 38 percent shooting from the field and three-point range.

What decreased Pitt’s chances at a victory was its performance at the charity stripe. The Panthers shot just 8-of-19 from the free throw line for just a 42.1 percent clip. Consider Pitt missed 11 free throws and lost by just eight points, that mark stings a bit more.

“We definitely have the mindset of wanting to win and wanting to go out there and compete,” Bugg said. “We just got to put it together.”

Bugg and Dayshanette Harris led Pitt in scoring, each tallying 11 points. Harris, a freshman, came off the bench for the first time this season, supplanted in the lineup by Jahsyni Knight. In her first collegiate start, Knight tallied four points, three rebounds and three assists in 17 minutes. Harris played 22 minutes and added four boards and three steals.

Next up for Pitt is a two-game home-stand against Notre Dame and Boston College.

“We’ve had huge growth. Where we are now is completely different from where we began,” White said. “The ACC is different this year, so I think we can be more competitive than we were last season. You’ve just got to get over that hump and eliminate mistakes.”

After Beating Cancer, Pitt’s Kyla Nelson Meets her Hero, Returns to the Court