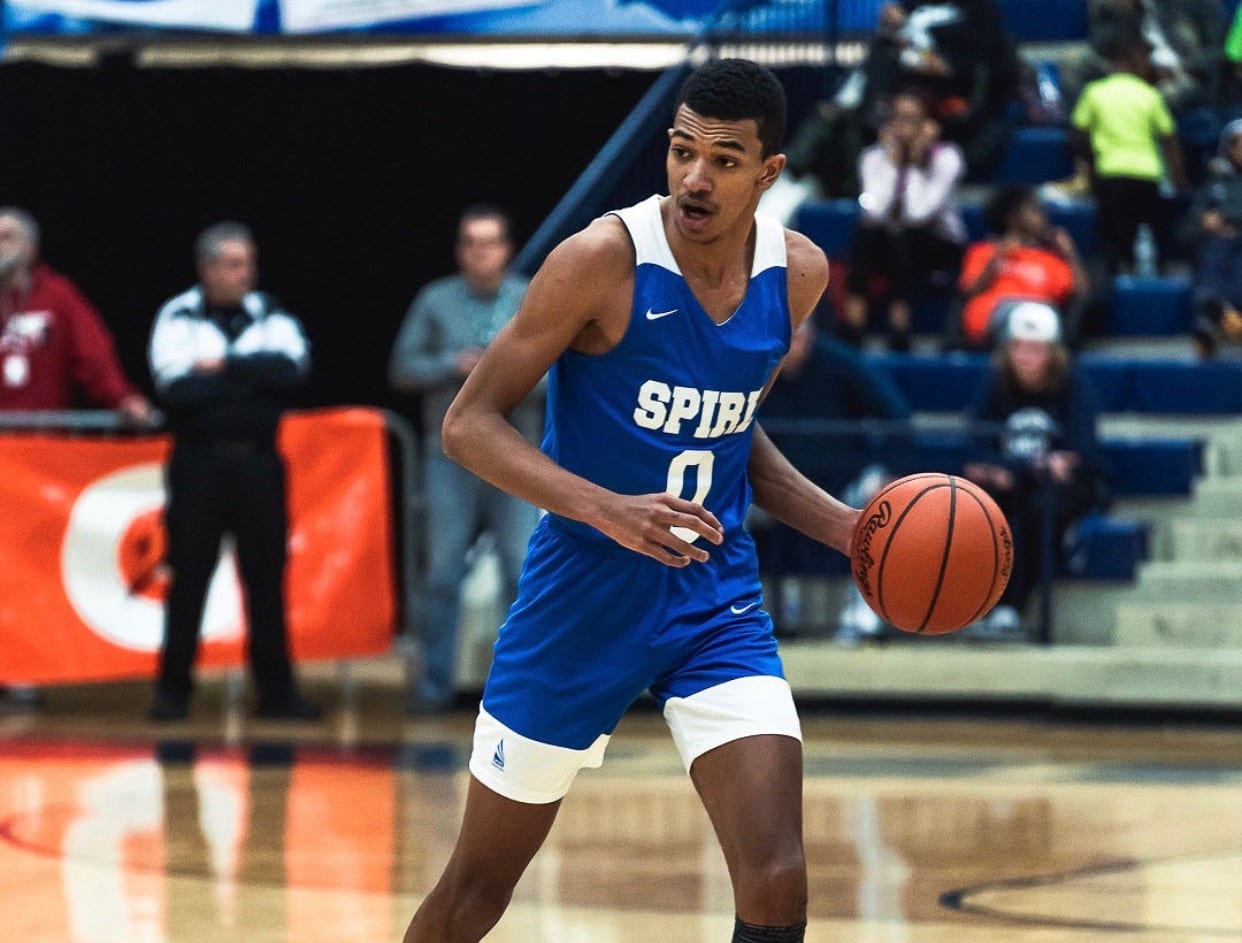 It didn’t take long for Keith Dambrot to replace the two players that left the program on Monday.

Baker, a 6-foot-7 small forward, comes from some solid basketball bloodlines as his father, Derrek, played for a short time with the San Antonio Spurs and then overseas in Europe.

His dream has always been to play Division-I college basketball and Tuesday, Baker made that dream happen by becoming the fifth member of Duquesne’s Class of 2020.

“When I first arrived at Spire, the Duquesne coaches used to come to our practices and at first were watching another player on my team,” Baker told Pittsburgh Sports Now. “At first they didn’t know who I was because I’m from the Dominican Republic. Then in January, they came to one of our games and that’s when Coach McFadden first talked to me about Duquesne.”

Duquesne’s recruitment of Baker has been very quiet in terms of the public but they’re adding a player that’s very athletic and that can play multiple positions. Why today and what factors went into him selecting Duquesne?

“I’m been thinking lately about committing there and have always been one of my top choices since they started seriously talking with me. The main reason I committed was because of the coaching staff. They’re really amazing coaches. Coach McFadden, that’s my guy. Everyday, he checks in with me to make sure I’m doing good and making sure that I’m staying on top of my classes. To be honest, he’s been like a family member to me.

“Then Coach Dambrot, he’s an amazing guy. I was just on the phone with him and he told me that if I go there, he could make me great. I told him that  I want to become great and that I want to join his team.”

One characteristic in a player that Dambrot goes after is team first guys and players that aren’t consumed with their stats so it’s not surprising they were very interested in Baker.

“I’m a team first guy and very unselfish,” said Baker. “I’m all about making my team better. I’m a 6-foot-7 player that tries my best at everything I do. I try and be a player that has a complete game and that’s good at more than one thing. I’ll do whatever I can to help Duquesne win.”

Officially becoming a Division I basketball player was special for Baker as was getting the chance to share the moment with his father and Baker hopes to one day follow his father’s footsteps and make it to the pros.

“Today was a really proud father-son moment,” Baker said. “I basically started playing basketball because of my dad. I saw him play when I was a kid and saw him become a coach and always wanted to do right by him. Everything I know about the game of basketball is because of my dad. He’s my guy and I just want to make him proud.”