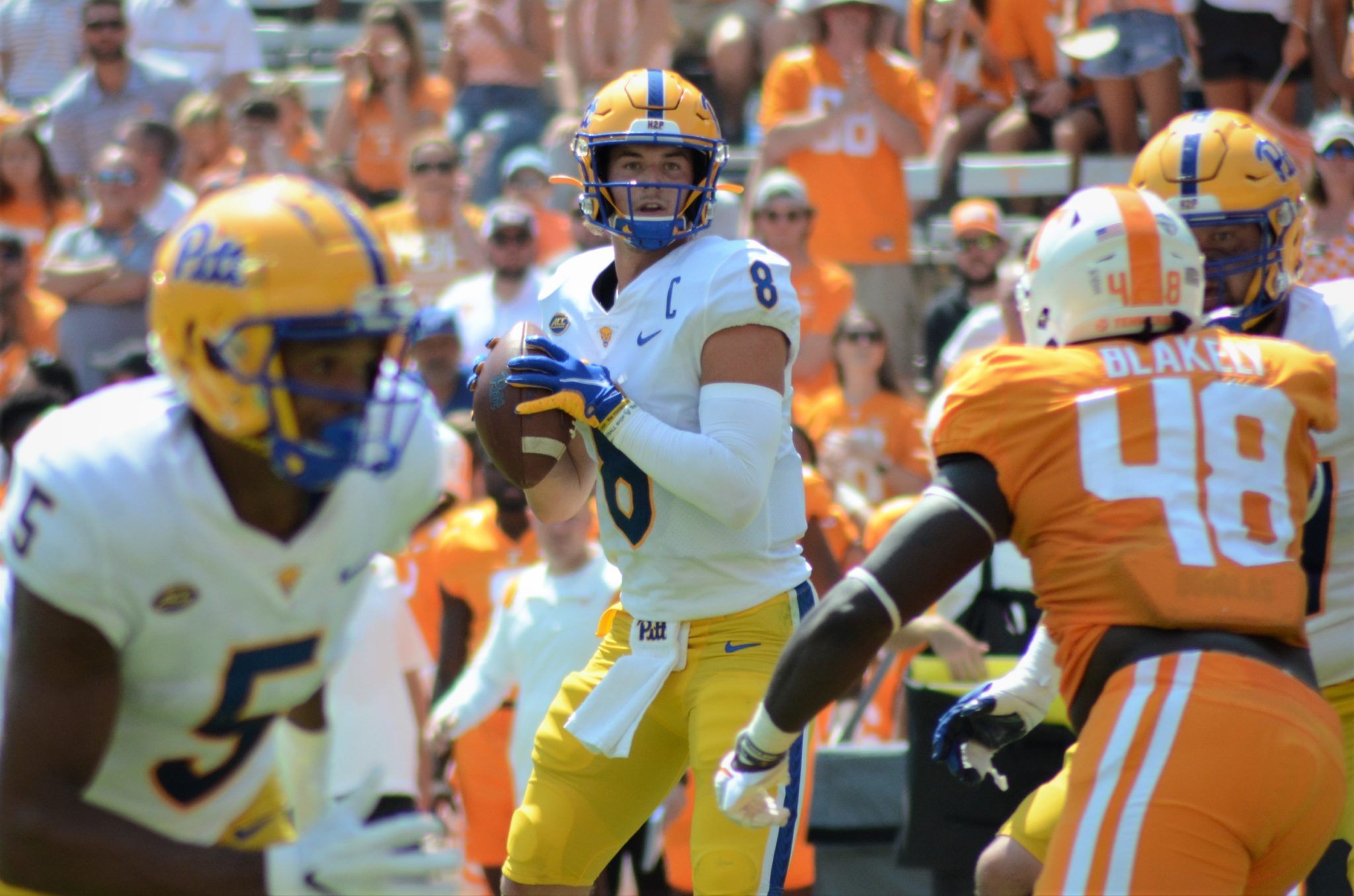 Kenny Pickett made the decision to return to Pitt to not only work on his game in order to improve his NFL Draft stock but also try and lead this program to a Coastal Division Championship.

Pickett has no doubt impressed NFL scouts with his early season play but has also won over the Pitt fan base with his leaderships skills, toughness, play on the field and his obvious love for this Pitt program.

Statistically, the game on Saturday wasn’t his best college performance but statistics aside, it was one of, if not his most impressive performance in a Panther uniform. He made all the right and smart decision, his throws were near perfect and without a doubt was the best player on the football field.

The conversation should be starting about where Pickett ranks with quarterbacks that have played at Pitt. Dan Marino is obviously the best, but who is No. 2? Pickett is making a serious case that it should be him. This coming Saturday against Western Michigan, No. 8 has a chance to vault up in the Pitt record book for career passing yards. He currently stands at No. 5 with 8,256 but is only 342 yards away from passing up Marino for the No. 2 spot. Alex Van Pelt is the all-time leader with 11,267. With his one yard TD vs. the Vols, Pickett is tied with Rick Trocano (1977-80) for rushing TD’s by a quarterback with 16.

Our PSN Poll Question today is who is Pitt’s best quarterback since Dan Marino?

PSN Poll Question: What Is The Biggest Problem With Pitt’s Running Game?

PSN Poll Question: What Big 10/Pac 12 Matchup With Pitt Do You Want to See?

If you look at the totality of their careers, Van Pelt probably takes the cake. Pickett really struggled his first year as a starter, but he’s gotten better each year. He’ll have to settle for the Most Improved award.

Kenny has matured and he’s come a long way since taking over the reigns as starting Quarterback. I commend him for the hard work he’s put into his game. He’s right there in the general vicinity of Van Pelt and that’s good company to be in. It’s nice to have that confidence once again in a Pitt Quarterback. 👍

Why wouldn’t you put Matt Cavanaugh on that list? Along with Dorsett, Cavanaugh led the Pitt offense to their last national championship.

All due respect, if Marino had 5 years as Pitt QB, those records would be so far out of reach Pickett would need a telescope to see them.