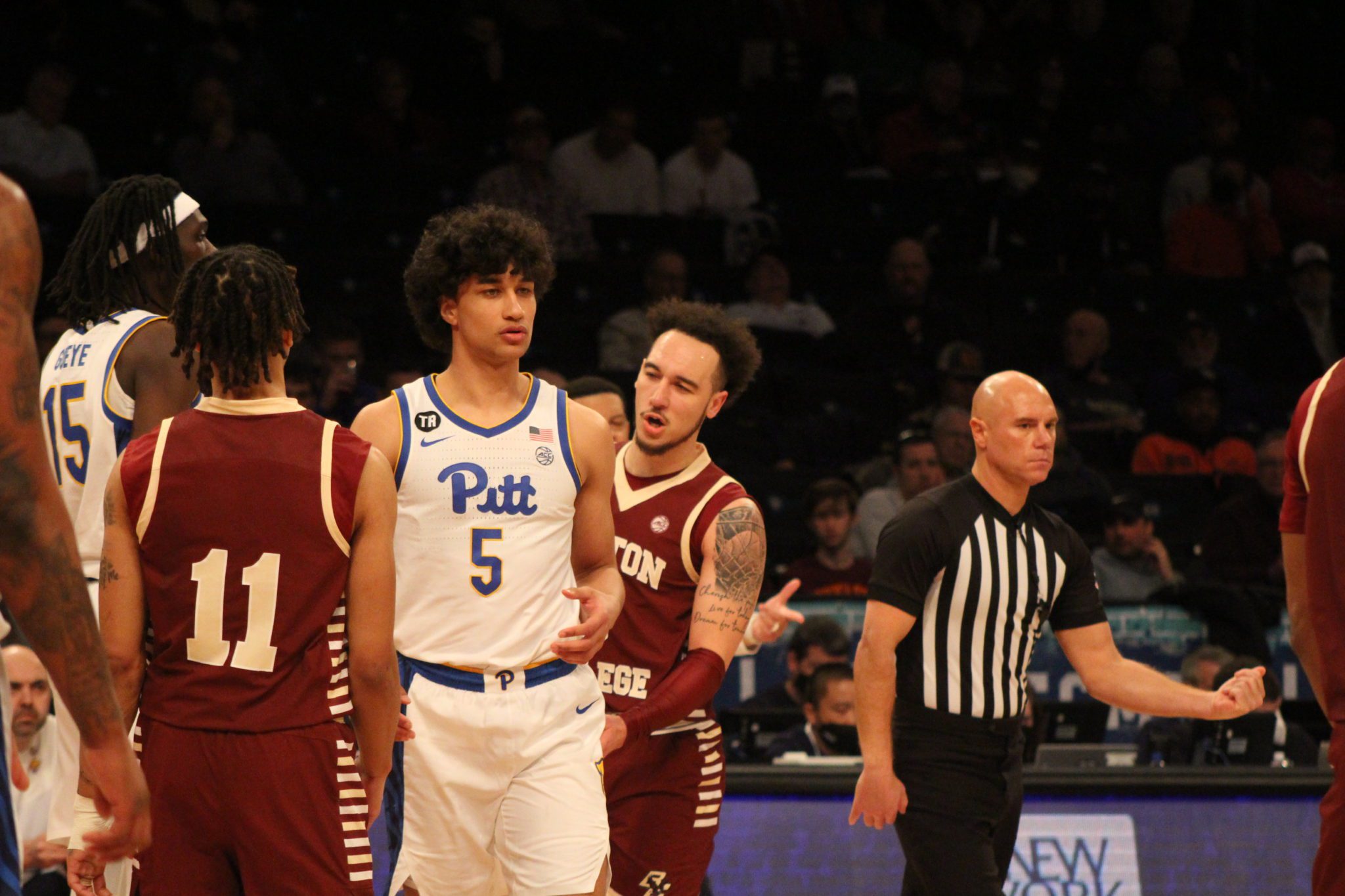 After Pitt took a 22-21 lead in the first half, Boston College went on a 25-6 run that spanned far into the second half to bury the Panthers.

Pitt struggled to find points throughout the game, and could not claw back in the second half as Burton and Odukale both had four fouls within minutes of the second half starting. Hugley concluded the game with 15 points, including seven in the second half, but the big man’s efforts were not enough to slow down the Eagles.

Panthers’ guard Femi Odukale picked up his third and fourth fouls – a flagrant and a technical – which sidelined him for the majority of the half. The two fouls stemmed from an incident in which Odukale tripped over Boston College’s Quinten Post and subsequently confronted Post physically and verbally. After review, the two fouls were given to Odukale and none to Post. Odukale finished the game with zero points, failing to hit any of his four field goal attempts.

In the second half, the Eagles shot 53% from the field and buried Pitt behind Post, Brevin Galloway, and Demarr Langford Jr., who combined for 23 points in the half.

For Pitt, Jamarius Burton tied for the team lead in the first half with eight points out of the gates, but only added two in the second frame to finish with ten. After hitting a three in the first half, he surpassed the 1,000-point mark for his four-year college career.

With the loss, Pitt ends its year 11-21 overall and 6-15 in ACC play in Jeff Capel’s fourth season at the helm. The team’s .343 winning percentage is the lowest in Capel’s four years with the program.

Boston College will now advance to the second round of the ACC Tournament and take on the fifth-seeded Wake Forest Demon Deacons on Wednesday, March 9, at 2:30 p.m.

The season ends with the most embarrassing loss in a season filled with them. That “12th place tie” was emphatically broken.

Another rout. Another embarrassing blow out. What else is new?

Capel, please let us know what your plan is for next season. What are you going to do different from the previous FOUR other losing seasons you have had?

Fanboys all disappeared. This is one of the 3 worst Pitt teams since 1970. Time to move.