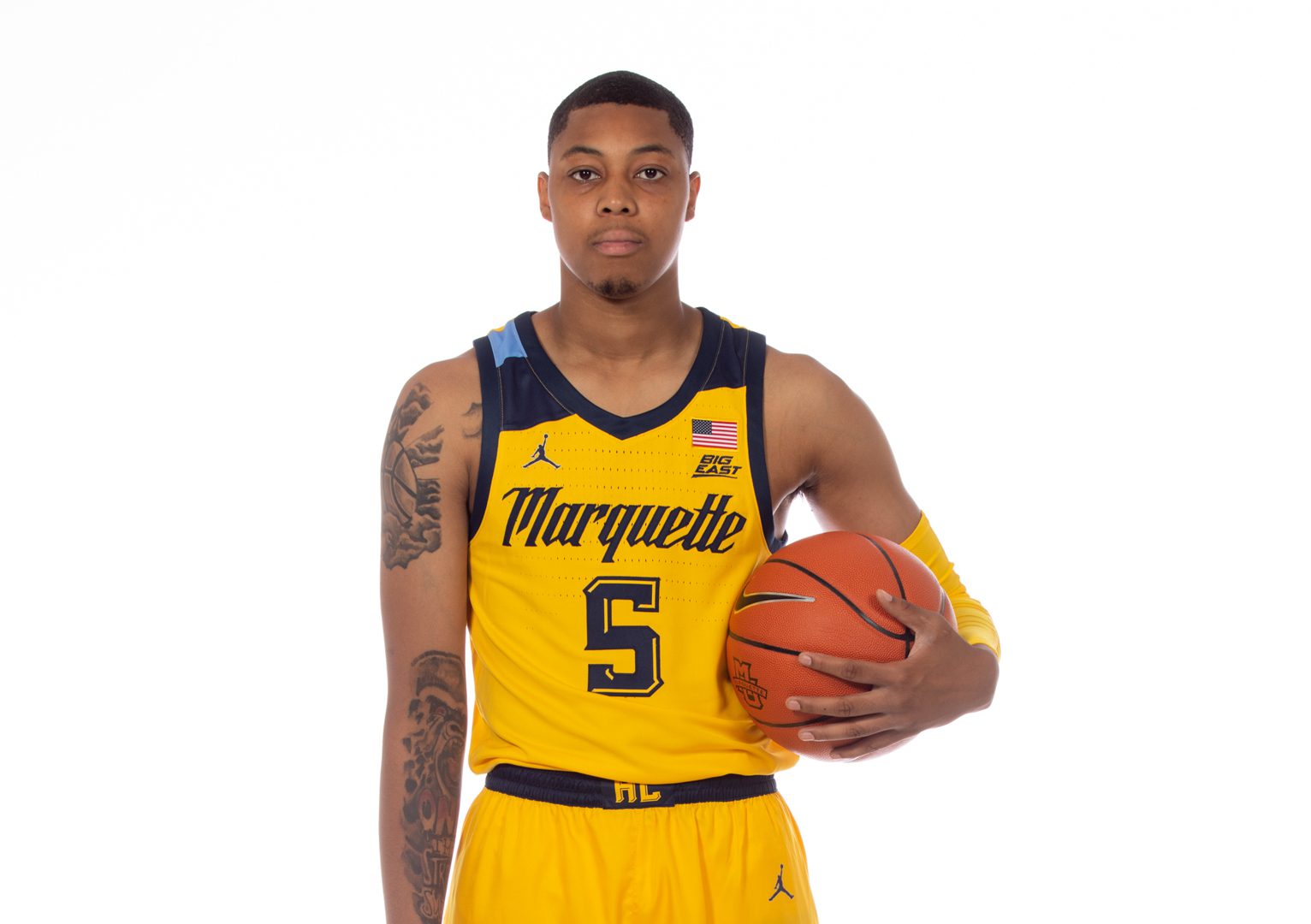 Next weekend, Pitt will play host to another guard prospect in the transfer portal.

Greg Elliott, a 6-foot-3 guard who played four seasons at Marquette, told Pittsburgh Sports Now that he will be taking a visit to Pitt next weekend. Elliott averaged seven points per game this season, his fourth with the Golden Eagles. He has played 114 games in his career, and shot 39% from three-point range this season on a career-high 3.1 three-point attempts per game.

Pitt is looking for a veteran guard to come off the bench behind Nelly Cummings, Jamarius Burton, and Nike Sibande. The Panthers have added five new players to the roster this off-season, picking up Cummings, Blake Hinson, Fede Federiko, Jorge Diaz-Graham, and Guillermo Diaz-Graham.

The Panthers have three scholarships remaining for next year’s roster.

This team would need Dwayne Wade…..to get better. Sorry Greg.

He’s putting together a reasonable class. Unfortunately I do not see the needle moving greatly. This will be year 5.

Ya I’m sure he is ok, but seems like he will just rotate with the rest of the guards. Ya never know, maybe he will have a breakout year

We compete in the toughest mbb conference. On any given night, a Pitt team could beat Final Four team, UNC. There are no off nights, Capel dealt with KS fiasco, Covid, NIL, Bezos Elite Basketball League, the transfer portal and finally the ACC. If you are expecting a run to the Final Four, you will be disappointed. Wish we had Mo for another year but.

Billy Knight would never have made it to his junior at Pitt. Thems the facts.

On any given night, they can also lose to a Citadel or St Francis team….which weren’t even good teams in their own conferences. To me that is totally unexeptable.
If you’re ok with that…..fine.
And btw all college coaches had to deal with Covid, Nil, Bezos, the tranfer portal, their own team personal issues and the ACC has actually been down the last several seasons.

I was led to believe Capel was a great recruiter but I haven’t seen it yet.

Nothing but hype…as anyone can recruit to Duke and the other blue bloods. Plus he had the added factor…..of bag money.

Pitt isn`t gonna offer any money or gifts to the parents as other blue bloods schools do. So maybe they need to drop to a mid-major conference like the Missouri Valley Conference or the Mac Conference, go back to the Big East

He cant expect kids to wanna come here no matter how hard he recurits them. Its something about Oakland that they dont like maybe its the city being so close to campus. They just arent to the Campus.I lived in Lawrence ,Kansas for 3 yrs an they attract big time recurits. That campus is just of the traffic line an have about as much things to do as Pitt does .