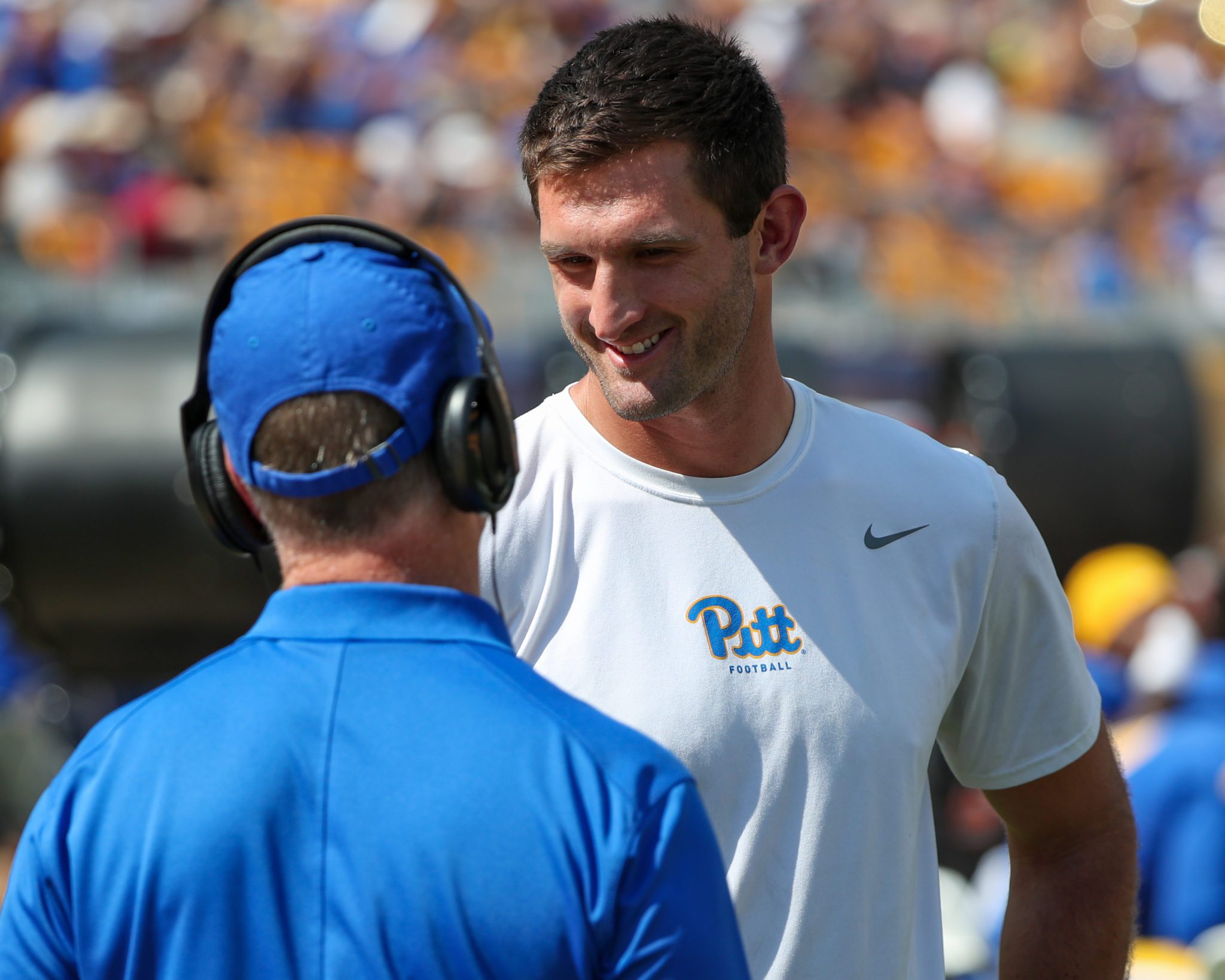 If you don’t have a quarterback, you’re automatically set back. It’s inherently the most important position on the field, and without a good one, you have no chance of competing. Pitt saw that in 2021.

When Pat Narduzzi took over at Pitt in December of 2014, arriving as a long-time defensive coordinator under Mark Dantonio at Cincinnati and Michigan State, his reputation preceded him. One of the top defensive coaches in college football took over a team that returned Chad Voytik as the starting quarterback.

Voytik wasn’t necessarily bad for Pitt, guiding Pitt’s offense in James Conner’s 1,700-yard season in 2014, but it wasn’t as if he was leading Pitt to many wins either. Nathan Peterman, a sparingly used Tennessee backup quarterback, was one of the first additions in the Narduzzi era.

In two seasons in Knoxville, despite arriving as a high three-star recruit, Peterman completed just 20 of 43 passing attempts for 94 yards (a measly 2.2 yards per attempt) with two interceptions.

However, Narduzzi saw something in Peterman, landing his commitment a few months after officially being named Pitt’s head coach. Peterman managed to do enough to take Voytik’s starting spot, turning that into two starting seasons at Pitt.

With modest team success in 2015 and a step back in 2016, it wasn’t as if Peterman changed Pitt’s culture — completing 378-of-619 passing attempts for 5,142 yards and 47 touchdowns to 15 interceptions — but he provided a steady hand at quarterback.

DiNucci battled to replace USC transfer Max Browne against Oklahoma State early in 2017, jumping into a starting role for a majority of the season. However, he also wasn’t able to nail down a starting spot. With just 1,091 yards and five touchdowns (to five interceptions) on 55.7 percent completion and a ho-hum record, true freshman Kenny Pickett was given a shot.

Pickett played sparingly in two games in 2017 before being given a shot against Virginia Tech and then upsetting No. 2 Miami in the season finale. Pickett earned the starting spot away from DiNucci, who then transferred to James Madison.

Pickett grew into a four-year starter, developing into one of the best quarterbacks in college football. Over his first three seasons as the starter, he flashed potential, but the production (672-of-1,111 passing attempts for 7,475 yards and 38 touchdowns (to 24 interceptions)) wasn’t always there.

The historic season shattered Pitt single-season and career records, earned All-American status, a third-place finish in the 2021 Heisman Trophy presentation and ended with a first-round selection in the 2022 NFL Draft.

This is where we arrive at the point. Since Narduzzi has arrived at Pitt, he’s had Peterman, DiNucci and Pickett, three NFL quarterbacks. He just missed Tom Savage, another NFL quarterback, and the percentage of passing attempts from Pitt quarterbacks since the beginning of the 2015 season is overwhelmingly from NFL quarterbacks.

Pitt’s 2021 title was the first non-Clemson title since Narduzzi took over — beating Clemson in the process — and Pitt’s two Coastal division titles are the most of any divisional opponent during that time.

Peterman, DiNucci and Pickett weren’t always ultra-successful at Pitt, but all three are currently in the NFL. Peterman just signed with the Chicago Bears after spending a handful of seasons with Las Vegas Raiders, DiNucci is a backup quarterback for the Dallas Cowboys (lifting his NFL Draft stock at JMU) and Pickett is the first-round selection of the Pittsburgh Steelers.

That track record, grooming two quarterbacks into NFL quarterbacks (with Kedon Slovis looking to be the next in the list) isn’t something that was perhaps expected. Narduzzi has vouched for these players, bringing them in or sticking with them in tough times, and it’s paid off.

And after all, over the last decade, Pitt is tied for second in all of college football with three quarterbacks selected in the NFL Draft (excluding DiNucci).

Immortalizing Bob Junko: the Pitt Man Who Will Never Leave the Program

Only one bad beat down in 2016, would not have called it a Set-Back considering the two big Wins that Team produced (PSU, Clemson) in the fashion they Won. Four of the Losses were within one Touchdown in High Scoring games. The Syracuse Win was a Shootout. That was an exciting Team to Watch on Offense with all the talent they had in Specialty players and Offensive Line.

Plus Canada laid 38 on oak state and still lost due to 2star defensive players Paul Christ left us with. Duzz had to start from scratch more or less by developing 3 star talent into bonifide starters. With the revolving door of coach’s at Pitt it’s hard to recruit so to say Duzz was the right person for the job is an understatement