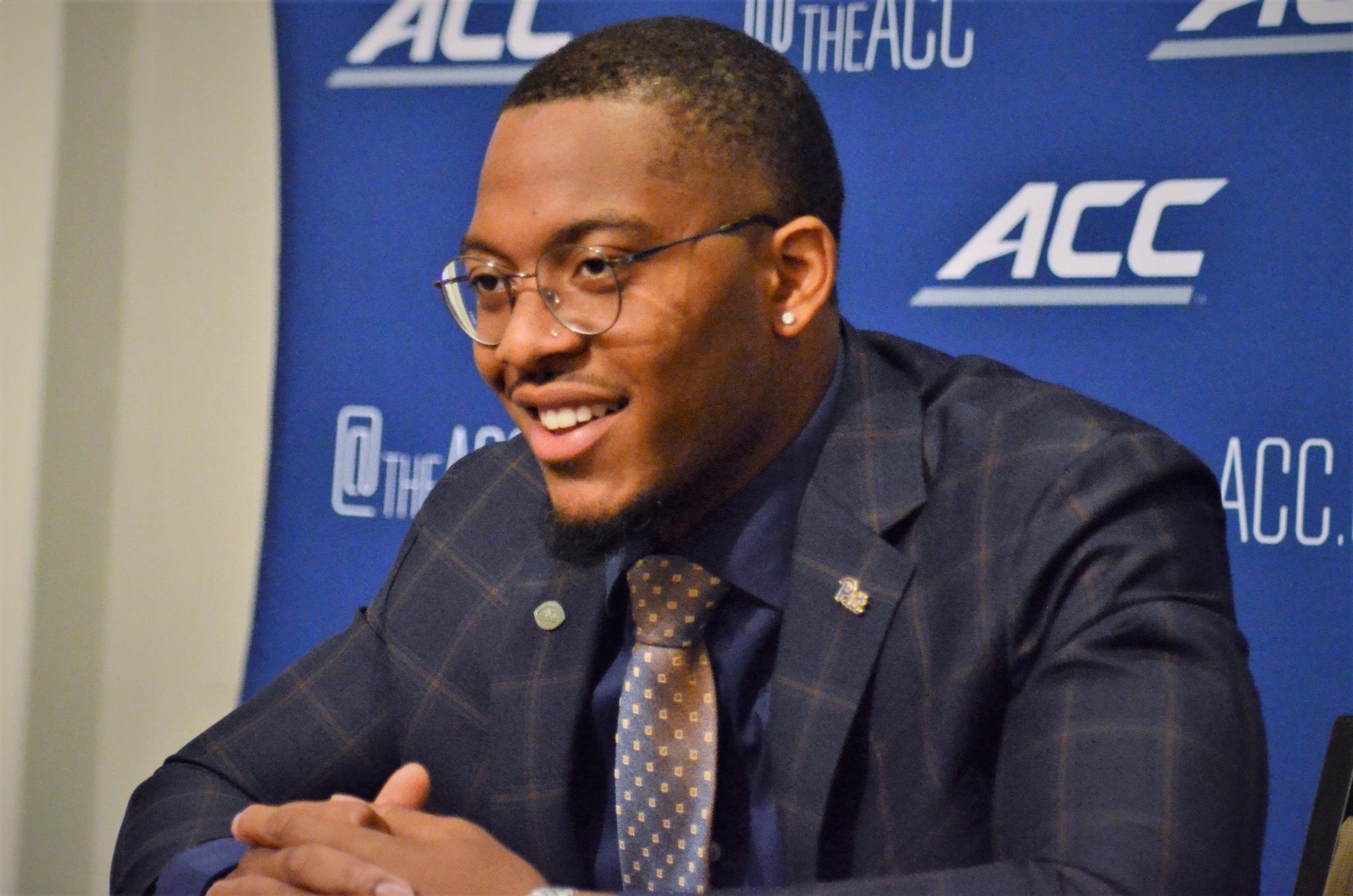 CHARLOTTE, N.C. — Pittsburgh and Morgantown, West Virginia are separated by about 70 miles; less than an hour-and-half drive. The football teams at the universities there once had a thriving and storied rivalry. From 1943 to 2011, the Panthers and Mountaineers played every season.

And then – because of egos and the shifting landscapes of conferences in college football – they stopped playing.

But for the first time in more than a decade, the rivalry between Pitt and WVU – commonly known as the Backyard Brawl – will be renewed this season. The Mountaineers will visit Pittsburgh on Sept. 1 for a Thursday night clash that kicks off at 7 p.m. EST. The matchup is important enough to warrant a visit from ESPN’s College GameDay.

Perhaps not that year, but Narduzzi has memories of watching the game when he was a boy. Now, he gets the chance to coach in it.

“I’m excited. It’s something I grew up with,” Narduzzi said Thursday at the ACC Kickoff in Charlotte. “You know, I love rivalry games. It’s exciting. We loved the Pitt-Penn State rivalry we had, and had the opportunity to play three. I think it just adds major flavor. I think the city of Pittsburgh is excited about this game… There’s an excitement and a buzz about this game from the fans.”

Speaking of buzz, Narduzzi said his phone is constantly going off as texts from high school coaches pour in asking: “How can I get tickets?”

Most of the current Pitt players were in elementary school the last time the Panthers and Mountaineers met on the gridiron. Still, they’re eager to immerse themselves in the tradition.

“I’ve been hearing many stories,” redshirt senior offensive lineman Carter Warren said. “You know, all the trash talking. I’m just I’m just ready for it. I’m ready to experience it myself, man.”

Until the last decade, Pitt and WVU were either both in the same conference, or at least one of them had independence. Pitt was an independent from the inception of its program until 1991. West Virginia left the Southern Conference for independence in 1968. In 1991, both schools joined the Big East.

WVU left the Big East first, bolting for the Big 12 before the 2012 season, spending the majority of the Dana Holgerson era playing schools largely situated in the Great Plains. A year later, Pitt dumped the Big East too, and joined the ACC.

Pitt and West Virginia are much more closer to each other than any other team in either conference.

“That’s one game that we always hear people talk about,” said redshirt senior defensive lineman Deslin Alexandre. “So I’m really excited to experience that, see what the atmosphere is like, and hopefully get a win.”

But these Panthers are eager to write their own chapter in the history books of this rivalry, which dates back to 1895.

Before Pitt kicks off against the Mountaineers in Week One, Narduzzi said his players will get a history lesson on the game.

“We’ll get them educated on it,” he said.

The Panthers are 61-40-3 all-time against WVU. But the Mountaineers currently own a three-game winning streak in the brawl.

JT Daniels should know one thing he gain from DJ U. from Clemson. “Don’t shovelPASS the SirVocea!”

Hope Narduzzi brings in veterans of the wars with WV. If the right officiating crew isn’t assigned, there will be players lost for the season.
Heather We gain nothing playing them. And have too much to lose.

PITT gains ESPN GameDay national exposure by playing them early, on a Thursday, when most others are playing FCS or group of 5 schools. Pretty smart.
.
Anything goes foul the FB players have the PITT band to cover their 6. EIEIEIO.

Seriously. It’s about the fans man… without fans there’s no money… ass’ in the seats and tv….fans always are the last consideration… maybe someday the fans will unite and change the landscape again…here’s hoping