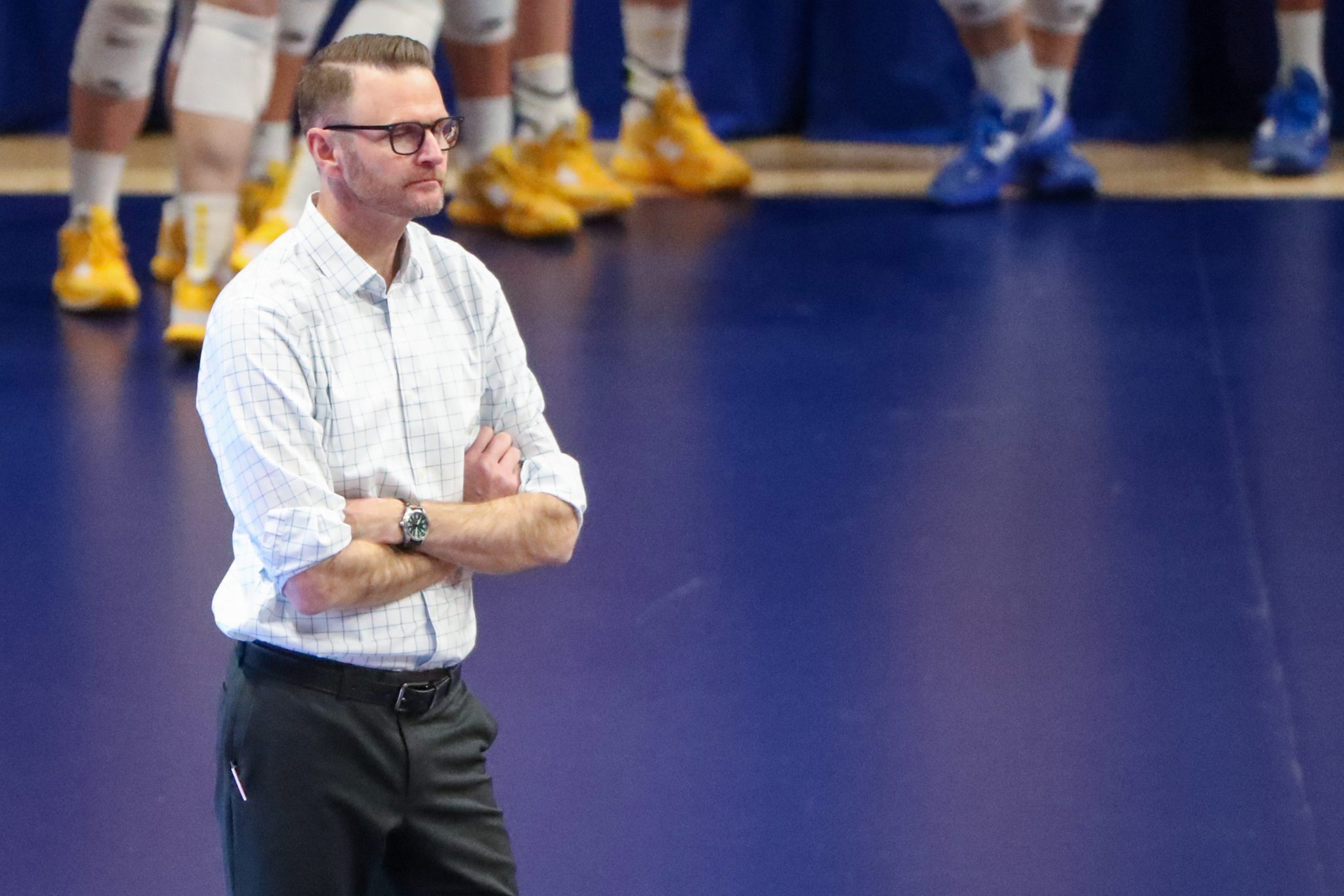 OMAHA, Neb. — No. 2 Pitt found itself facing bitter ACC rival No. 1 Louisville in the Final Four. With a chance to make the National Title game for the first time in program history, Pitt fell in five sets to Louisville Thursday night at CHI Health Center.

The Panthers (31-4) dropped their second straight game to the Cardinals (31-2) in 2022, after suffering a sweep in Louisville on Nov. 18. The win for the Cardinals also puts them into their first National Championship game in school history.

Pitt started out with a large 6-0 deficit to start the first set. Louisville junior outside hitter Anna DeBeer served to start and put Pitt into a quick hole.

The Panthers battled back and managed to tie the set up at nine points. The Cardinals responded as they used an 8-2 scoring run to build a 17-11 lead.

Pitt tried to come back in that first set, but Louisville held on for the 25-18 victory. Louisville outhit Pitt .310 to .056 in the first set.

The Panthers fell behind once again in the second set, as the Cardinals earned a 4-1 advantage. Instead of giving up, Pitt rebounded to score five straight points and take a 6-4 lead.

Louisville tied the second set at nine points, but Pitt kept the lead throughout the remainder of the second set, winning it close, 25-23.

The Panthers had a .318 hitting percentage in that second set while the Cardinals hit .220.

The change for the Panthers in the second set saw them make crucial digs, blocks and passes that they didn’t make in the first set. They became the team that controlled the match, even when things went against them, allowing them to stay in the lead.

Sophomore setter Rachel Fairbanks, graduate right side hitter Courtney Buzzerio and redshirt junior outside hitter Valeria Vasquez Gomez made multiple kills to make sure the Panthers tied the match at 1-1.

Pitt found themselves down 6-2 to start the third set, but once again, it came back and tied it up 6-6.

Both teams traded points throughout, but the Panthers took a 22-20 lead late. Unfortunately, the Cardinals scored five straight points to win the third set, 25-22.

Louisville built a 7-3 lead to start the fourth set, but Pitt once again cut into the lead to make it just one, set at 10-9.

The Cardinals then rallied for a 6-1 scoring run to take a 16-10 lead. The Panthers then rallied back again and tied the match up at 17.

Graduate outside hitter Claire Chaussee led the Cardinals with 25 kills on .429 hitting. DeBeer also served for most of the fifth set and finished with a team-high five service aces. She also made 15 kills, second best on the team, and played the most important role in the Cardinals’ victory.

What an incredible season for the ladies. We couldn’t stop DeBeer’s serving games tonight, but the team has nothing to be ashamed of. The heart, grit, and skill they showed throughout the season was inspiring. We are one of two teams in the country to make the Final Four each of the past two years. That is something they should all be proud of! H2P!

Damn. I really wanted this for Coach Fisher and the players. Their time has arrived and they will be in the championship game in the near future. What transfer would not want to play for this coach/team? With two trips to the Final 4, this really adds to their cred — not just a positive culture.

Looking forward to the future and am so grateful for all the past athletes that built this program and reputation.