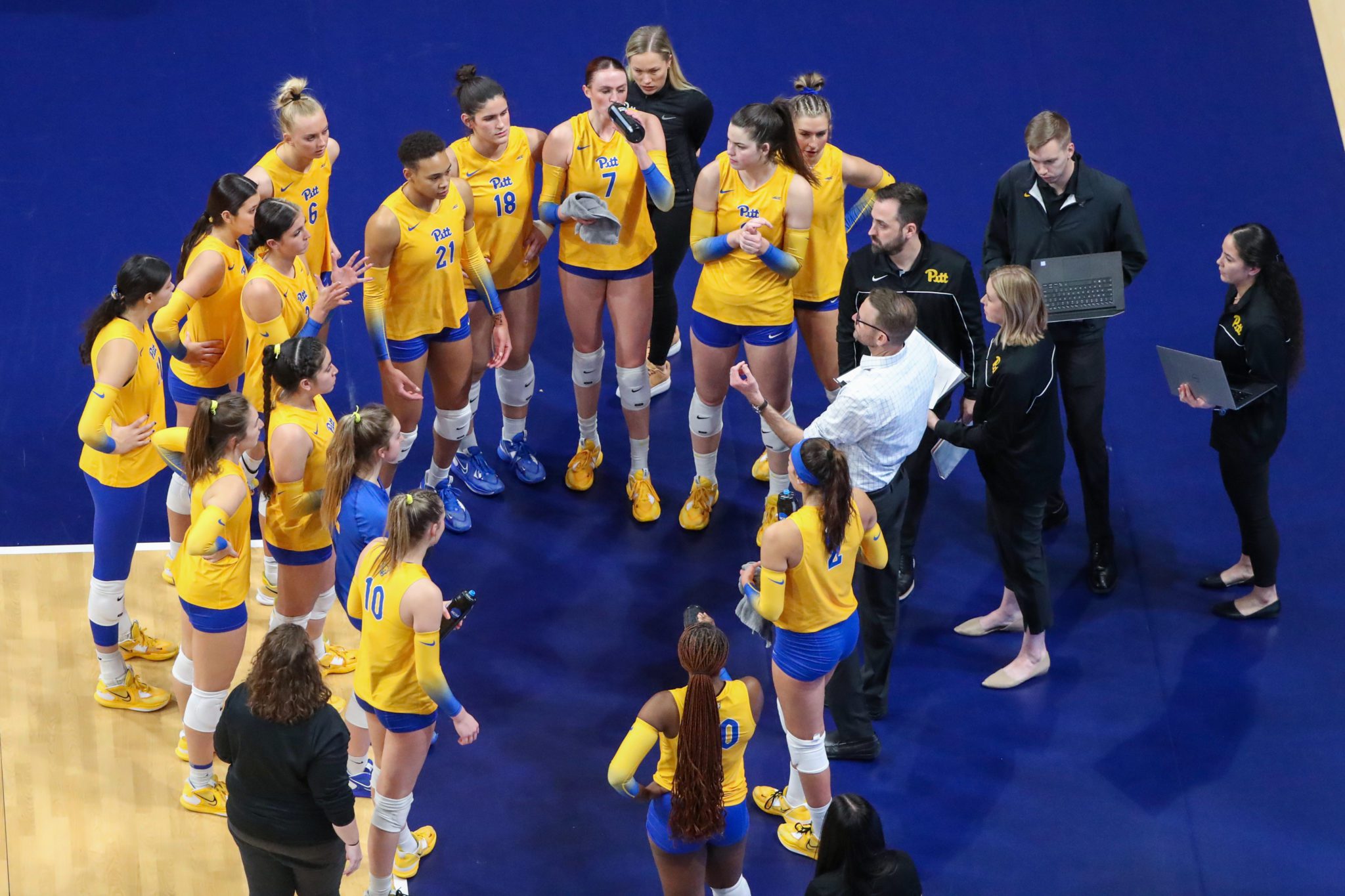 For the Panthers (31-4) this makes it back-to-back losses in the Final Four, as they lost to the Wisconsin Badgers in four sets last year. It is also the second straight loss to the Cardinals (31-2), as they lost in three sets on Nov. 18 in Louisville.

Panthers head coach Dan Fisher praised his team for their efforts throughout the match and the season as a whole, despite reaching short of their ultimate goal of a National Championship.

“Man, what a game,” Fisher said post match. “What a season these young women had. You know, we weren’t quite up to our standards offensively. And our passing was streaky. So was theirs, but I was just so proud of our heart in the fourth set. We just hung in there and found a way to win and it didn’t go our way today but just incredibly proud of this group and especially the seniors.”

Pitt and Louisville battled it out throughout the first four sets. Louisville took the first set, 25-18, before Pitt won a close second set, 25-23. Both teams then blew 22-20 leads in the third and fourth sets, allowing the other to score five consecutive points to win the set.

The Panthers didn’t have an answer for junior outside hitter Anna DeBeer in the fifth set. She led the Cardinals to an 8-0 lead, one they did not relinquish, as they won the fifth set in convincing fashion, 15-2.

“Like I said, the serve pass was streaky,” Fisher said. “And Louisville had a very aggressive/risky serving plan. And it definitely worked in the fifth set…”

Graduate right side hitter Courtney Buzzerio led Pitt with 13 kills against Louisville. She finishes with 82 kills in the 2022 NCAA Tournament, a record for the most in program history. Buzzerio also finishes with 461 total kills, second most in season for a Pitt player since the modern scoring era began in 2008.

Buzzerio played just one season for Pitt after transferring from Iowa this offseason. Still, she finishes as one of the best transfers in program history, earning AVCA All-American First-Team honors.

“It’s crazy, I’ve only been here for seven months,” Buzzerio said on her time at Pitt. “It hasn’t even been a whole year. But I think I’ve learned so much volleyball-wise about myself and just volleyball in general that I think I’ve grown as a player to hopefully now have a nice career professionally. I guess that starts now.”

Senior middle blocker Chiamaka Nwokolo also had a great season for the Panthers. She finished on the Second-Team All-ACC and the AVCA East Coast All-Region Team. Nwokolo does have an extra year of eligibility, but she chose to walk on Senior night, making this her final game of her career as a Panther.

Against the Cardinals, she made eight kills on .429 hitting, the best on the Panthers. Nwokolo also tied for first on the Panthers with fellow middle blocker, graduate Serena Gray, with four total blocks as well.

“Yeah, we did just talk about how our first stump was making it past the Sweet 16,” Nwokolo said on what the team said postgame to each other. “Now our new trial and error is making it past the final four. It’s not like a terrible problem to have. Obviously we’re struggling to have perspective right now, but we do have some pride about what we did this year and last year.”

No. 2 Pitt Loses to ACC Rival No. 1 Louisville in Final Four in Five Sets

Great season ladies … thanks for the memories. Thanks for being student-athletes at Pitt. Have a great holiday season. H2P !

Our PITT woman’s volleyball team has amazing heart! I was a proud PITT alumnus watching their effort throughout the tournament. They should all be very proud of their accomplishments and their representation of PITT!!

heart in my throat all 5 sets. way to represent. you guys rocked it…