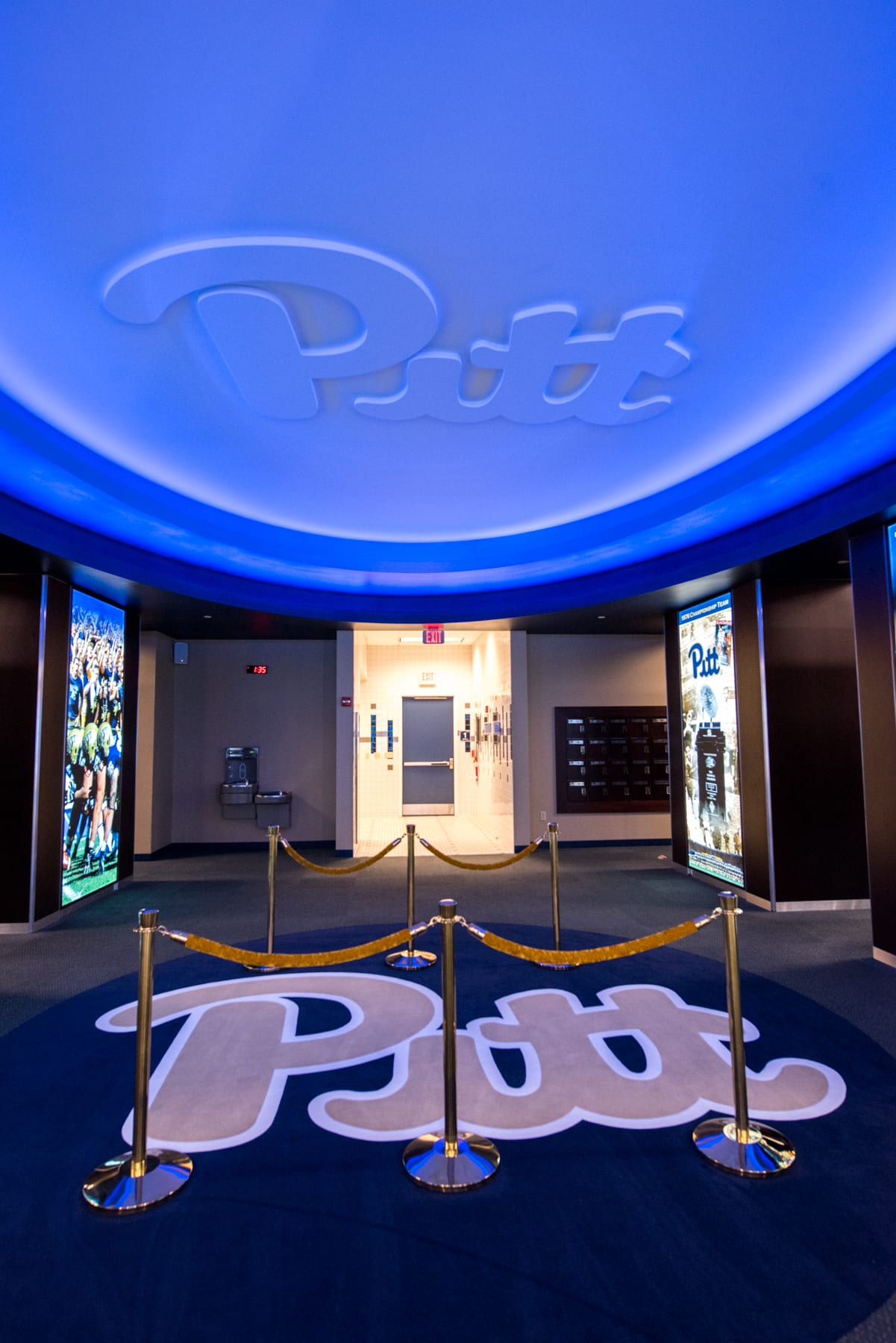 The University of Pittsburgh basketball and football programs each spent Sunday hosting big name visitors to campus with an opportunity to make an impression that could have a huge impact on the respective team’s future.

For Jamie Dixon’s Panthers, it was the Duke Blue Devils who visited the Pete in a game with immense NCAA tournament repercussions. It was also a chance to honor a number of players who would be playing final home game including Mike Lecak, Raphael Maia, Sterling Smith, Alonzo Nelson-Ododa and four-year starter James Robinson.

On the football side, Pat Narduzzi and staff hosted an impressive list of top-flight recruits in attendance for the big game for their Junior Day visit and the recruits were treated to an resounding 76-62 victory of the No. 15 ranked Blue Devils.

PSN’s Gar Bercury was able to get plenty of photos of the game along with many of the players that made the visit including Pine-Richland quarterback Phil Jurkovec, Florida cornerback Quran Hafiz, Ohio offensive lineman Thayer Munford and the first two commitments of the class of 2017, Steel Valley defensive back Paris Ford and Johnstown defensive back Exree Loe.

We hope you enjoy the photo gallery!