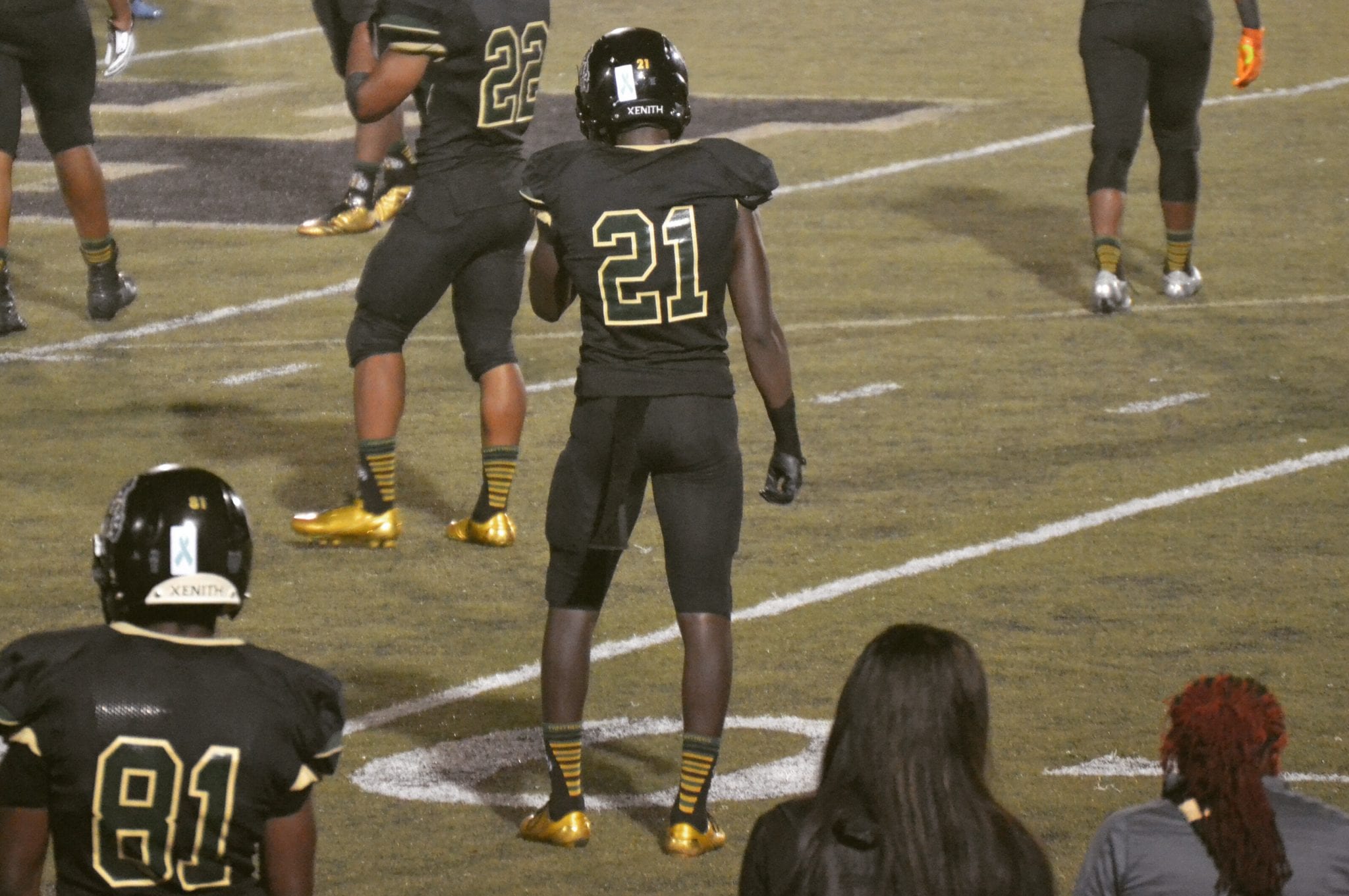 Pitt is looking to add at least one more defensive back to this recruiting class and one of the players they’re actively recruiting is Georgia cornerback Rashad Ajayi.

Ajayi (5-11, 175) is from Langston High School in Fairburn, Georgia and was previously committed to Georgia Southern. The Pitt staff, in particular Renaldo Hill, have been actively recruiting him for months.

Last night, Ajayi had his in-home visit from Pat Narduzzi, who was accompanied by Hill.

Today, Ajayi starts his weekend visit to Pitt, which will be his first trip ever to Pittsburgh.

Last night, PSN spoke to the Georgia native about his visit with Narduzzi and got his thoughts on his official visit.

“The visit went really good and I left the visit feeling like I could really talk with the Pitt coaches really about anything. I felt that they were very straight forward and are always telling me the truth, which is a good thing. I just felt very comfortable around them,” said Ajayi.

“The coaches were telling me that I would have a big opportunity at Pitt if I were to go there. They told me that if come in and work hard enough that I could get on the field. They said nothing would be given to me and that I’d have to work for everything, which is what I wanted to hear.”

Ajayi told me that he’s really excited to make his first trip to Pittsburgh with his mom and dad. He wants to see the city, all the things that are available to do and to see how everyone that are apart of the football program operate.

Ajayi says his college choice will come down to Pitt and Colorado State and expects to make his decision before Signing Day, possibly on the 18th or 19th.

Pitt in the Running for 4-Star Running Back