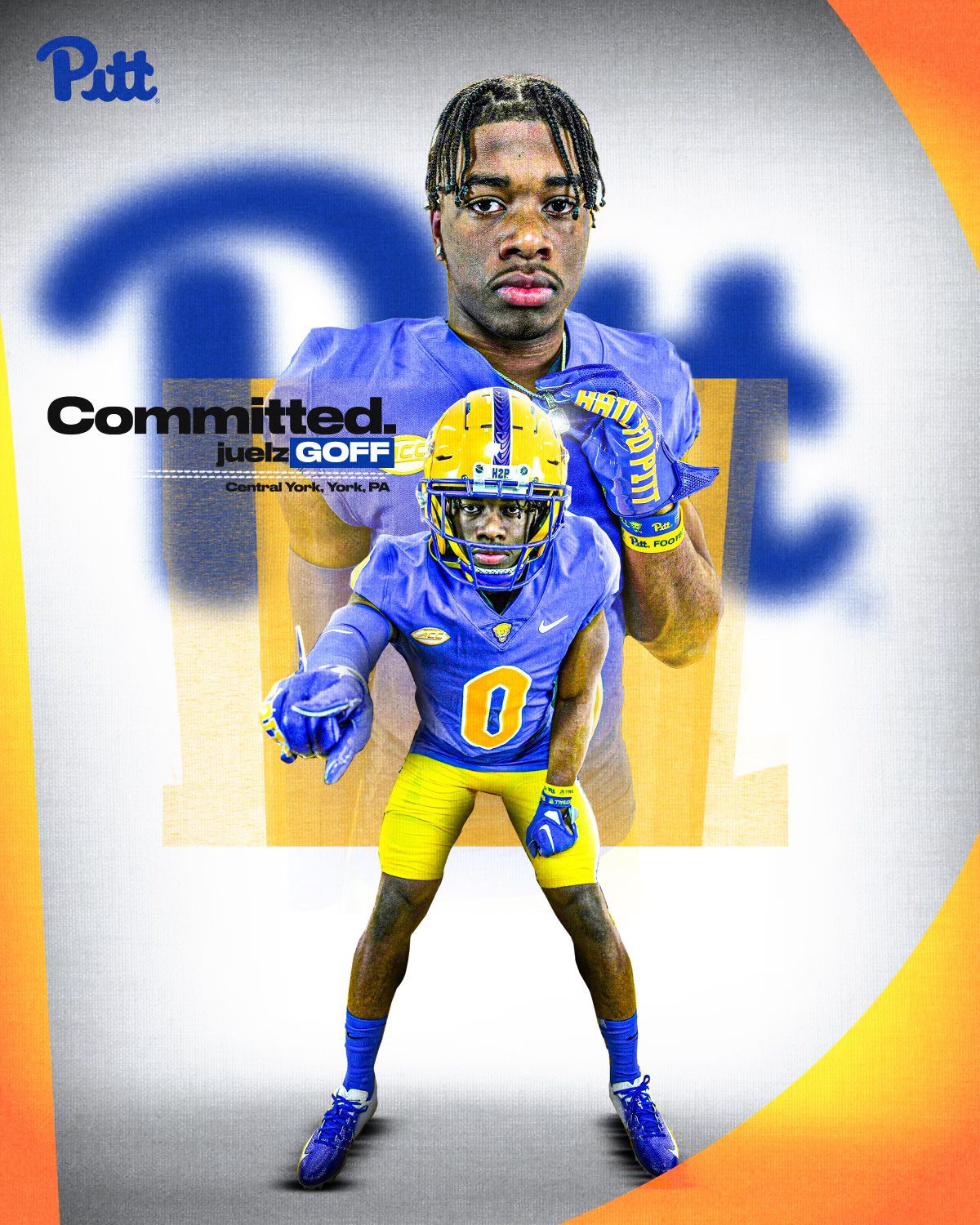 It may not have been the best result for Pitt basketball Saturday, but the Petersen Events Center was rocking and a visiting recruit couldn’t leave without committing.

Juelz Goff — a 5-foot-10, 190-pound running back from Central York High in York, Pennsylvania in the class of 2024 — officially committed to Pitt Saturday, adding the third commit to the class of 2024.

He picked up his offer from Pitt back in December, and he made it out for Pitt’s local Junior Day Saturday, attending the Pitt-Florida State basketball game with a number of 2024 recruits.

He made visits to Syracuse, Duke and Penn State last fall and visited Rutgers earlier this month.

As a fast-rising recruit from Pennsylvania, a breakout junior season catching the eyes of a lot of universities along the East Coast, Pitt managed to secure his commitment before his process could truly pick up over the spring and summer.

Of course, Pitt has had success with commits from central Pennsylvania — especially over the last 15 years.

Pitt landed three-star wide receiver Kenny Johnson (Dallastown High) in the class of 2023 and one of the best running backs in program history — LeSean McCoy out of Bishop McDevitt — in the 2000s.

Goff hasn’t yet been rated by the major recruiting outlets, but that will certainly change in the coming weeks and months — especially as his electric junior season, camp performances and eventual senior season are taken into account.

He joins a recruiting class that is off to an excellent start, adding his name to the likes of four-star wide receiver DayDay Farmer (Cocoa, Florida) and four-star defensive tackle Jahsear Whittington (Philadelphia, Pennsylvania).

Pitt’s in-state recruiting in the class of 2024 is already off to a strong start.

Hard to get too excited. Sounds good. With the way these kids change their minds, every other week….and we got many weeks to go before he would step foot on campus.

NIL changes everything. The kid who decommitted from Florida because his $13 million NIL deal fell thru is an example. Expect Franklin will go after him only to spite Narduzzi.

It’s a power thing and they have lots of 💰💰💰